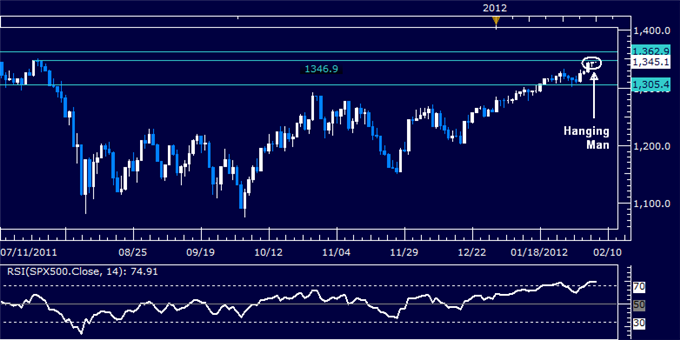 THE TAKEAWAY: The safe-haven US Dollar may be preparing to launch a recovery as S&P 500 technical positioning warns of a downward reversal ahead.

S&P 500 – Prices put in a Hanging Man candlestick below trend-defining resistance in the 1346.90-1362.90 area, hinting a move lower may be ahead. Negative RSI reinforces the case for a downside scenario. The first layer of significant support lines up at 1305.40. Alternatively, a daily close above 1362.90 would go a long way toward neutralizing the bearish tone of overall positioning established since May.

CRUDE OIL – Unchanged from yesterday: “Prices recovered from resistance-turned-supportat top of a falling channel set from mid-November to retest the broken range bottom at 97.70. A break back higher exposes 101.28. Alternatively, renewed selling sees channel top support at 95.40, with a break below this boundary initially targeting the 93.90-93.35 area.” 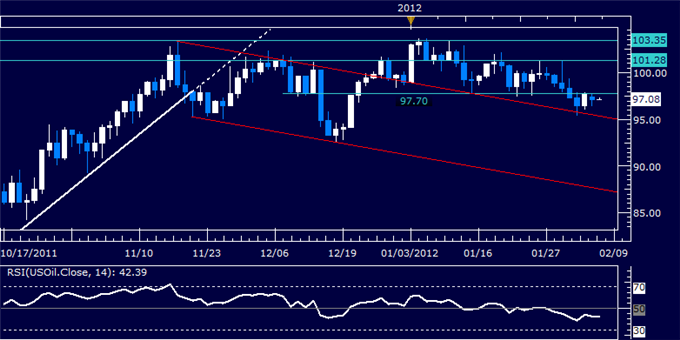 GOLD – Prices continued lower after putting in a Bearish Engulfing candlestick pattern below resistance at 1763.00, taking out the first later of support marked by a former channel top. Sellers now aim to challenge 1702.90, with a push below that exposing 1677.05. Near-term resistance is now at 1729.32. 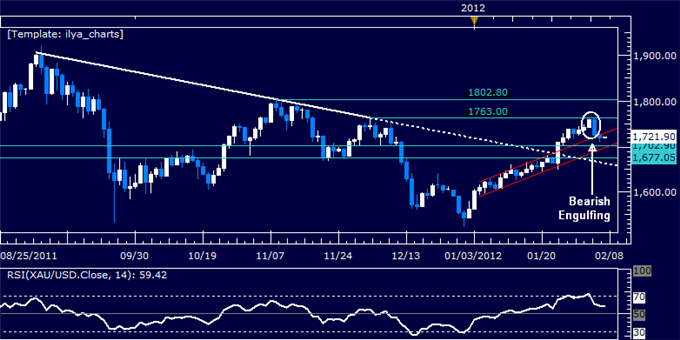 US DOLLAR – Prices stalling above 9679, a barrier that has acted as significant support and resistance since August, with a series of back-to-back Hammer candlesticks warning of fading bearish momentum and hinting a reversal may be ahead. Initial Andrew’s Pitchfork bottom resistance lines up at 9753, with a break above that targeting 9823. 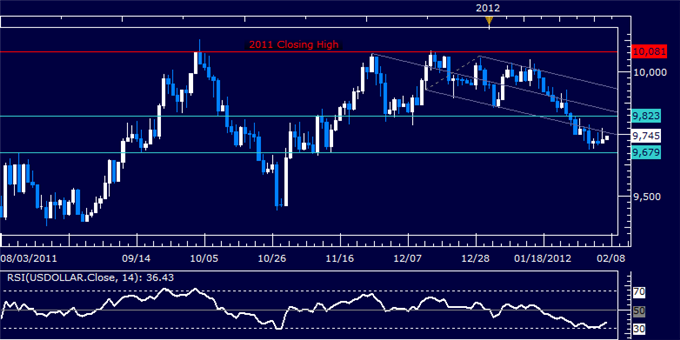