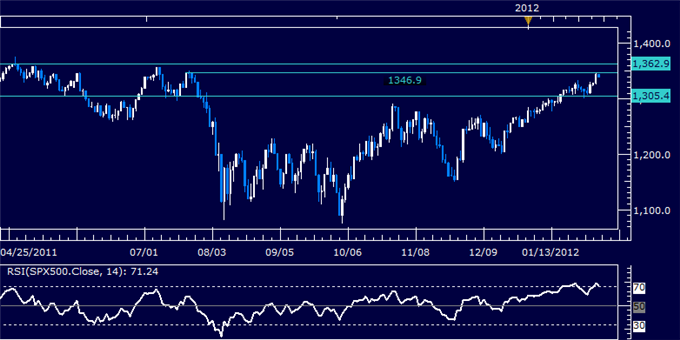 THE TAKEAWAY: S&P 500 technical positioning warns of a reversal lower as prices test trend-defining resistance, hinting a recovery in the safe-haven US Dollar will continue.

S&P 500 – Prices are testing trend-defining resistance in the 1346.90-1362.90 area, with a break higher negating the bearish tone of overall positioning established since the index topped out in May. Negative RSI divergence warns of ebbing bullish momentum, hinting a pullback is ahead. The first layer of significant support lines up at 1305.40.

CRUDE OIL – Prices recovered from resistance-turned-supportat top of a falling channel set from mid-November to retest the broken range bottom at 97.70. A break back higher exposes 101.28. Alternatively, renewed selling sees channel top support at 95.40, with a break below this boundary initially targeting the 93.90-93.35 area. 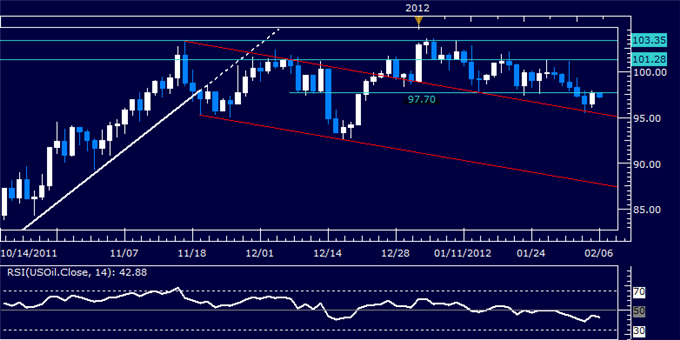 GOLD – Prices put in a Bearish Engulfing candlestick pattern below resistance at 1763.00, warning that further losses are head. Initial support lines up at 1724.10 marked by a former channel top, with a break below that exposing 1702.90. 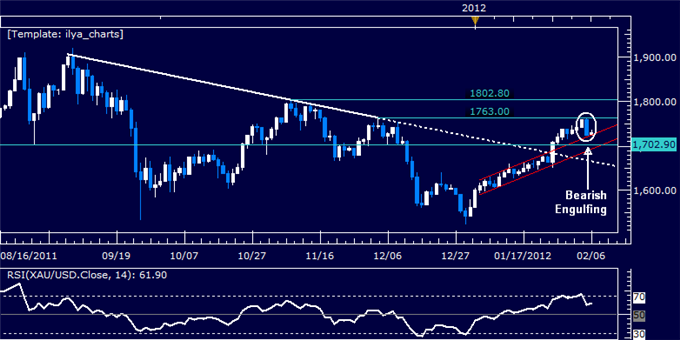 US DOLLAR – Prices are recovering following a test of 9679, a barrier that has acted as significant support and resistance since August. Initial Andrew’s Pitchfork bottom resistance lines up at 9759, with a break above that initially targeting 9823.