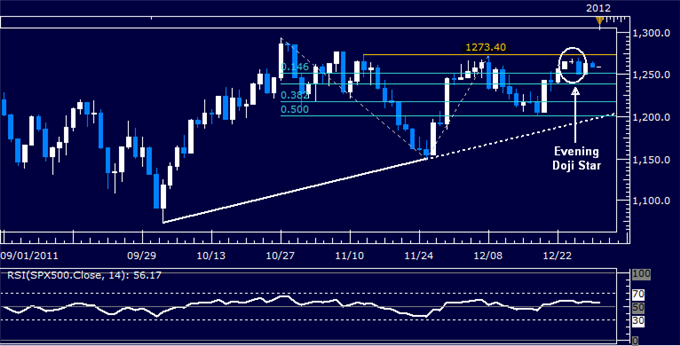 THE TAKEAWAY – The US Dollar is under pressure to start 2012 but S&P 500 technical hints a recovery is ahead as risk aversion returns to buoy the safe-haven currency.

S&P 500 – Unchanged from last week: “Prices completed a bearish Evening Doji Star candlestick below resistance at 1273.40, pointing to a double top in progress. A short-term bounce has materialized from support at 1251.40, the 14.6% Fibonacci extension level, but the bearish signal remains in force absent a daily close above the pattern’s high (1269.60). A break through immediate support exposes the 23.6% Fib at 1238.20.”

CRUDE OIL – Prices are starting to drift higher after putting in a Hammer candlestick above resistance-turned-support at thetop of a falling channel set from mid-November. The pull-up is seen as corrective for the time being. Initial resistance lines up at 101.80. The channel bottom, now at 98.79, is acting as near-term support. 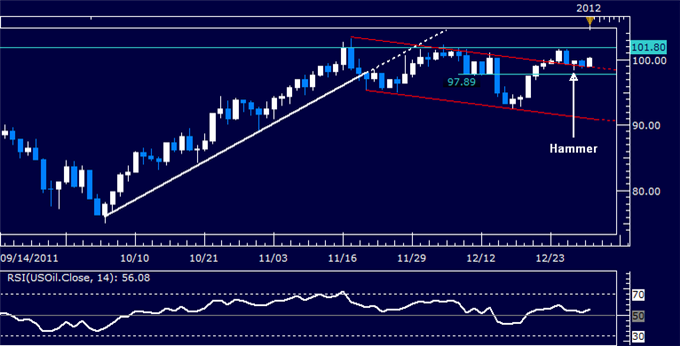 GOLD – As we suspected last week, prices recovered after showing a Hammer candlestick above support at 1532.45, the September 26 wick low. The metal is now probing higher through former support at a multi-year trend line broken last week, with a break exposing the underside of a falling channel set from early November (currently at 1605.65). Current gains are seen as corrective in the context of a larger down move. 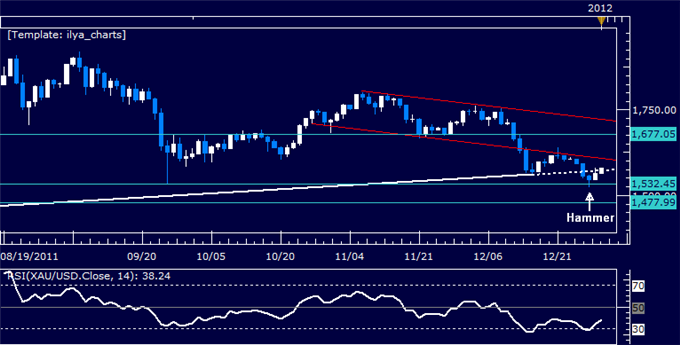 US DOLLAR – The greenback moved lower as expected after putting in a bearish Shooting Star candlestick below resistance at 10027, the 38.2% Fibonacci extension level. Prices are now probing below the 23.6% extension at 9934, with a break lower exposing a former Head & Shoulders bottom neckline at 9823. 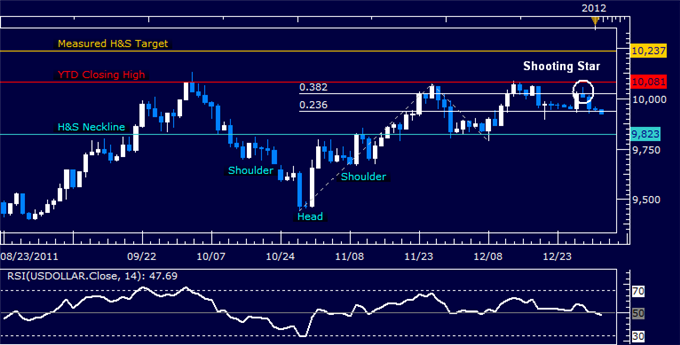