In the latest reporting week, speculators had slightly reduced their bearish exposure to the US Dollar, however, positioning remains extreme. As I had highlighted last week, I was cautious in chasing the US Dollar lower, given that short positioning is crowded and thus asymmetric risks are tilted to a short squeeze, while topside in both the Euro and Pound looked to be exhausted.

The Euro saw a marginal uptick in bullish positioning, however, this had been driven by a pullback in gross shorts, while gross longs eased slightly. Cautious signs have been rising in recent weeks for the positive Euro narrative with EM concerns stemming from Turkey. Alongside this, last week’s ECB minutes had signalled that sentiment maybe perhaps over-optimistic on the Euro with economic data needed to corroborate the bullish undertone. Therefore, with gains the Euro above 1.19 somewhat exhausted, the currency is vulnerable to corrective moves lower. For further upside to take place, fresh longs are needed for greater conviction that the Euro has more to run in the short-term and have a look above 1.20.

Positioning in the Pound has flipped to net long for the first time since April (+$768mln). We pin a large part of the short squeeze down to the unwind of negative rate bets following the BoE’s August MPR. That said, with money markets continuing to sit on the dovish side there is still more room to run. Elsewhere, EU-UK trade talks remain at an impasse and with two months until the October deadline we suspect this will place a limit on GBP topside until a breakthrough is reached. However, a more constructive outlook on the Pound may perform better against the Euro as opposed to the beaten-down US Dollar.

Across commodity currencies, the Canadian Dollar remains out of favour with net shorts rising $329mln to total $2.5bln, while perhaps more surprisingly, NZD has flipped to net long following a $260mln increase. However, with the RBNZ preferred to keep the Kiwi lower and increasingly open to adopting negative rates the outlook remains bearish for NZD.

Demand for safe-havens eased with net long positioning in JPY and CHF being reduced by $730mln and $334mln respectively as the tech induced rally kept equity market sentiment buoyed. 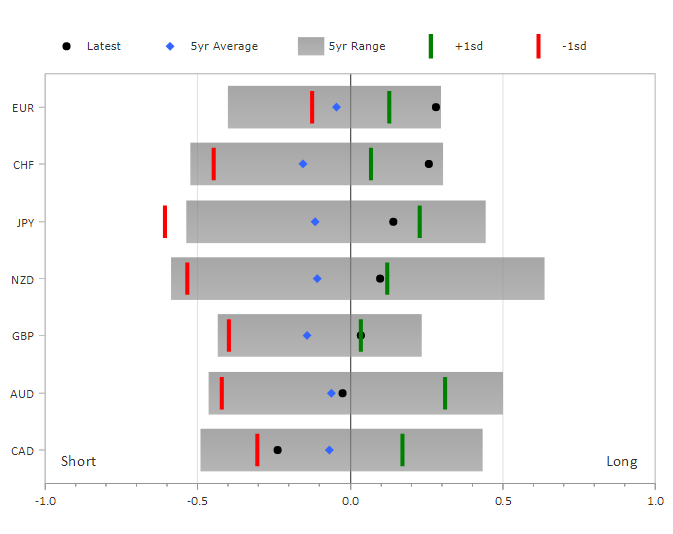 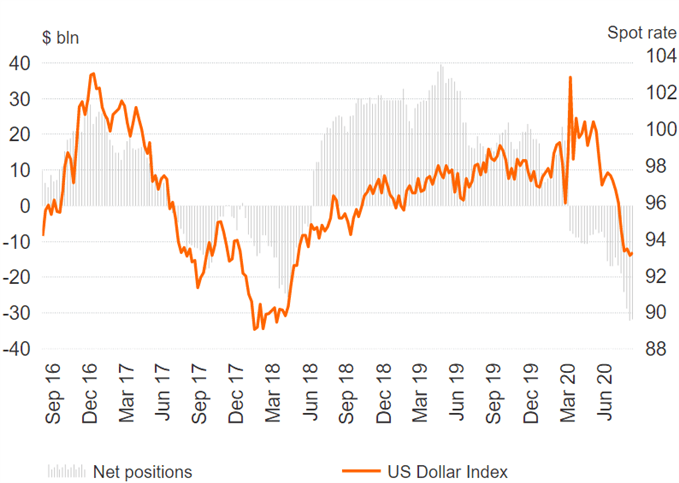 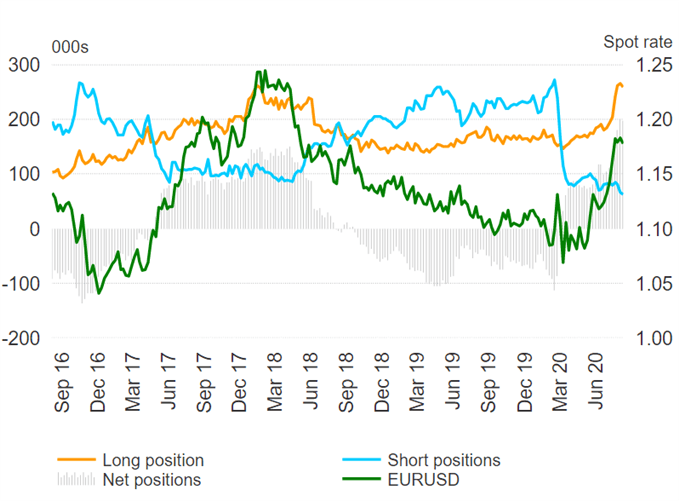 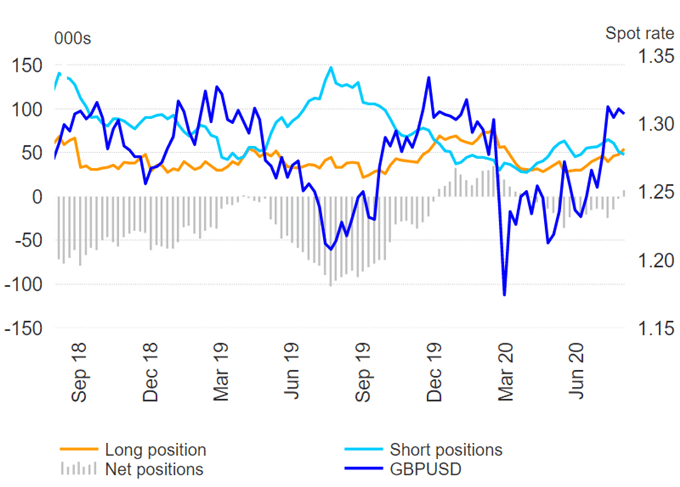 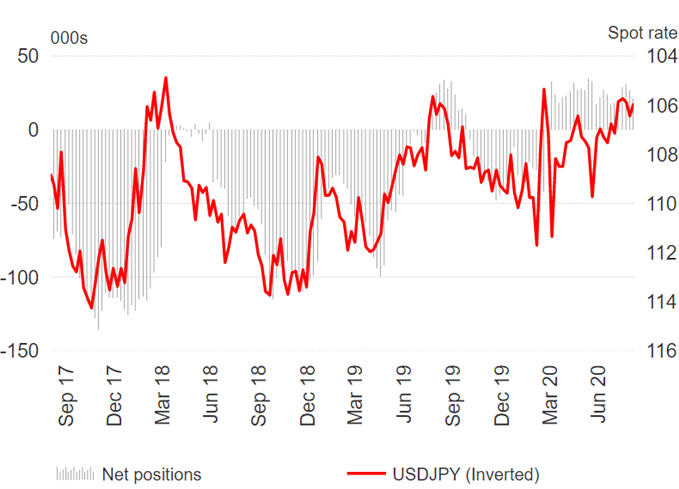 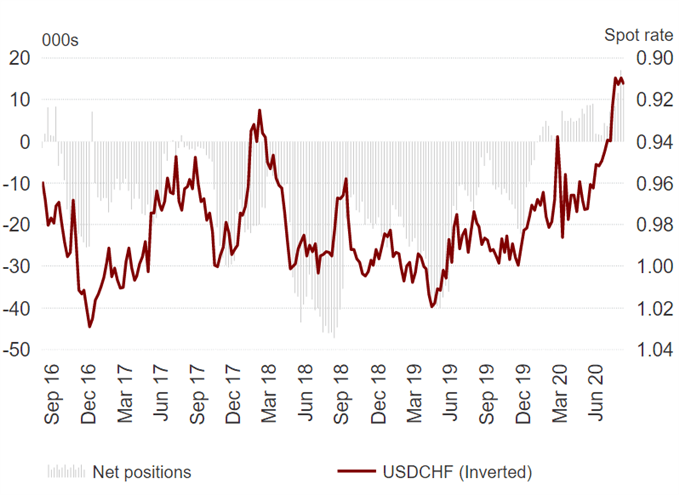 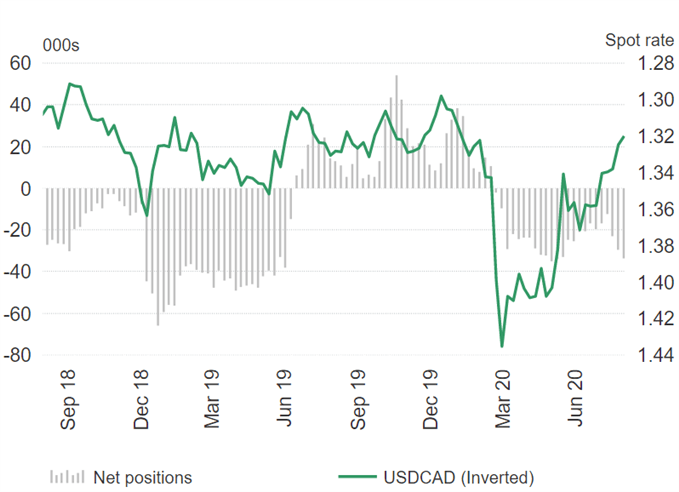 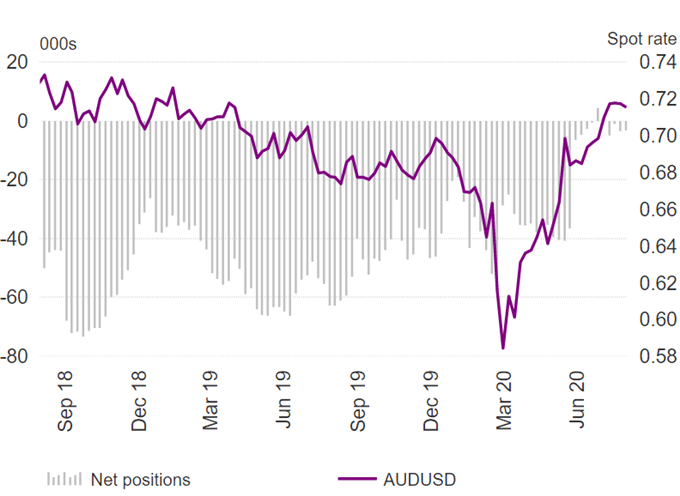 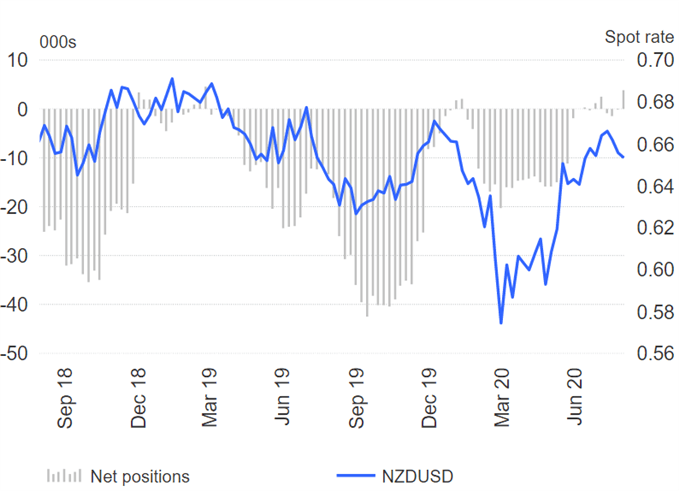