The latest CFTC data shows that speculators have begun to unwind their bearish bets in the US Dollar after 8 consecutive weeks of selling. In turn, net shorts were cut by over $1.2bln against G10 currencies to just below $10bln. As economies begin to re-open the markets are focusing on how the recovery will look like following lockdown measures. However, with the global growth outlook remaining fragile and tensions flaring up between the US and China, the USD supportive environment remains intact.

Safe-haven currencies were once again in demand with investors raising their net longs in the Japanese Yen by a sizeable $762mln. That said, while CHF net longs saw a slight increase, investors are noticeably hesitant in significantly extending their net long exposure given that the SNB is increasingly active in defending EUR/CHF at 1.05.

The largest weekly positioning change had been observed in the Euro, where net shorts were cut by $1.06bln. This had largely been led through the uptick in outright shorts. Elsewhere, speculators are growing increasingly bearish on the Pound with net shorts rising by $413mln after a 23% jump in outright shorts (the largest increase in shorts since the week through to March 17th).

Both the AUD & CAD saw a modest increase in net shorts ($262mln and $394mln respectively), further highlighting that speculators are currently risk-averse. This however, is despite the price action observed in the past week, which saw the USD under pressure from month-end rebalancing. 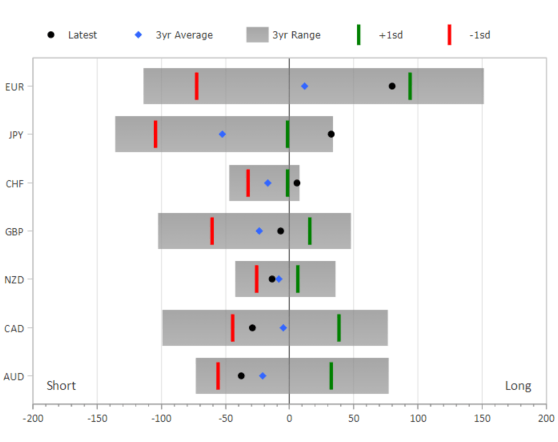 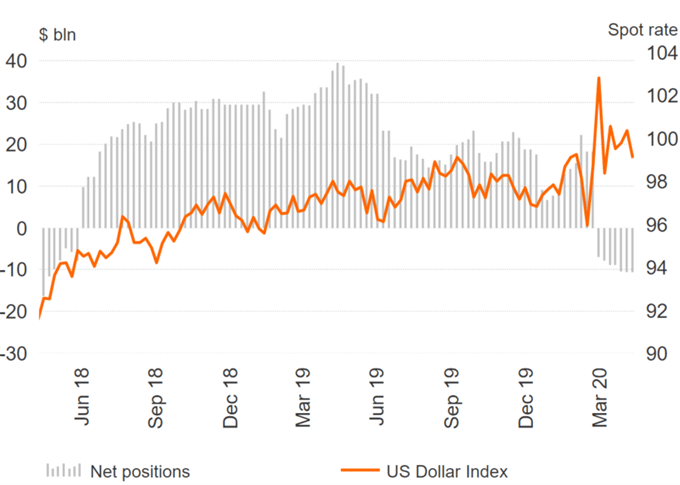 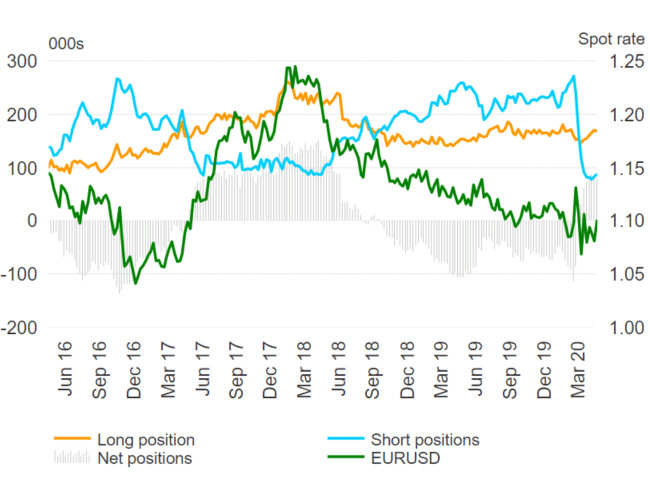 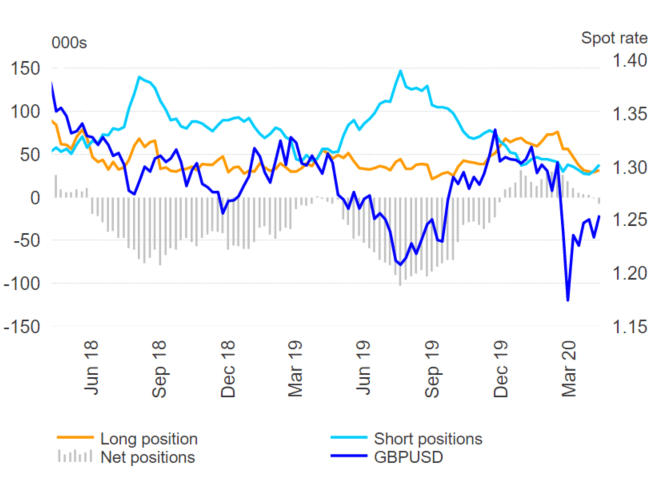 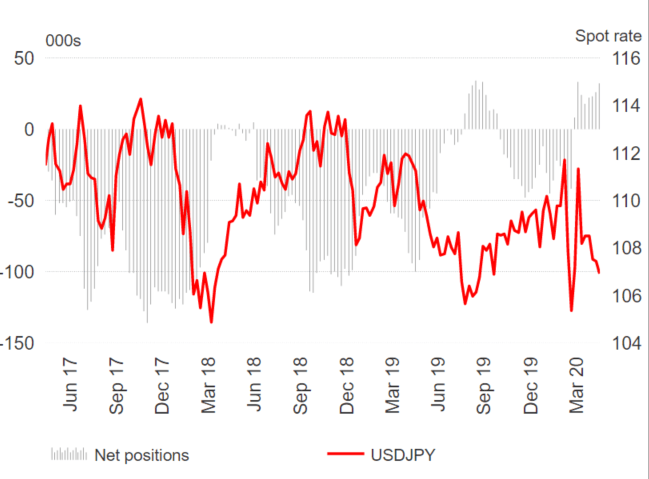 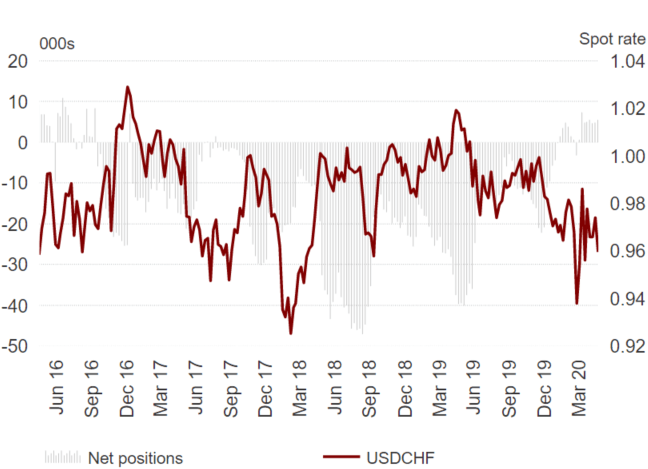 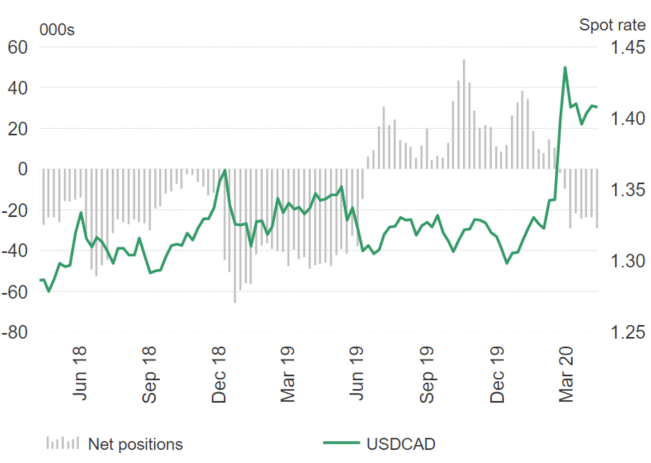 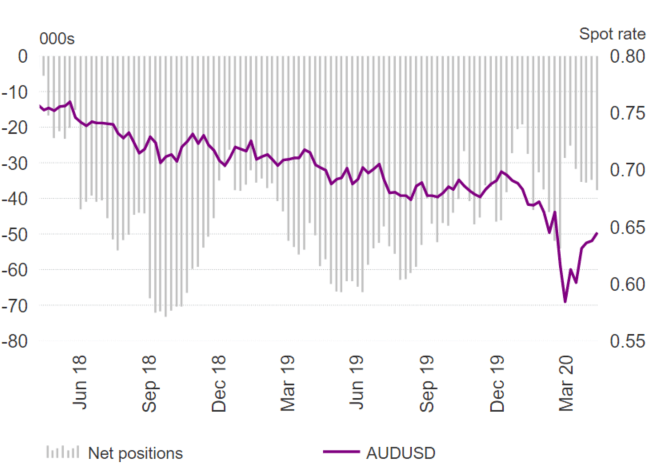 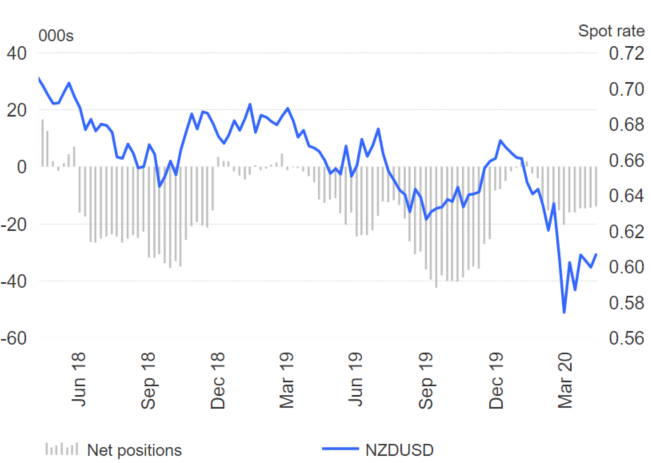