In the most recent CFTC report, speculators had aggressively sold the US Dollar against G10 currencies with net longs slashed by $3.8bln to just over $18bln. This had come amid a sizeable repricing in Fed rate cut expectations to which the central bank had delivered an emergency rate cut. As such, with rate cut expectations soaring in the US given that they have ample policy space relative to its major counterparts, plummeting US yields had thus prompted a reduction in the US Dollar’s carry advantage.

Euro shorts had seen a sharp retracement with net shorts cut by $3.4bln, which had been largely due to the unwind of bearish EUR/EM trades (EUR/MXN) as heightened market volatility dented risk appetite. Alongside this, the Japanese Yen had also benefitted from safe-haven flows as net shorts were cut by $1.46bln. Elsewhere, investors had been net sellers of the Swiss Franc, despite being a safe-haven, however, with the Swiss National Bank remaining active in currency markets (as highlighted by the rising Swiss Sight Deposits) this may have reduced expectations in significant CHF appreciation.

Speculators increased their long exposure to the Pound with net longs rising a modest $409mln. Consequently, markets are most bullish on GBP (adjusted for open interest) against its counterparts, however, risks to the outlook remain tilted to the downside, particularly with Brexit risks likely to increase in the near-term. The Canadian Dollar saw net longs cut to $790mln amid a larger drop in gross longs. That said, in light of the weak outlook across the oil complex, further declines are likely to be on the horizon for CAD.

Across the antipodeans, the Australian Dollar had been sold more aggressively the Kiwi, particularly since investors remain very bearish on NZD with net shorts adjusted for open interest at 27%. As such, given the notable bearish sentiment on the Antipodeans, expectations for a bottom is growing. 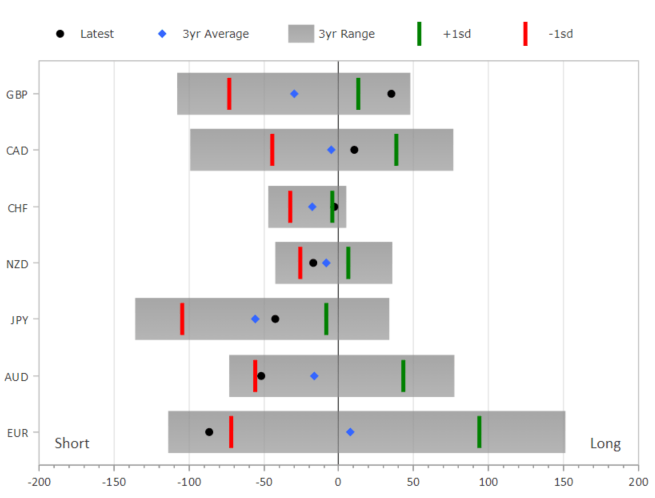 US Dollar | Slammed as US Rates Plummets 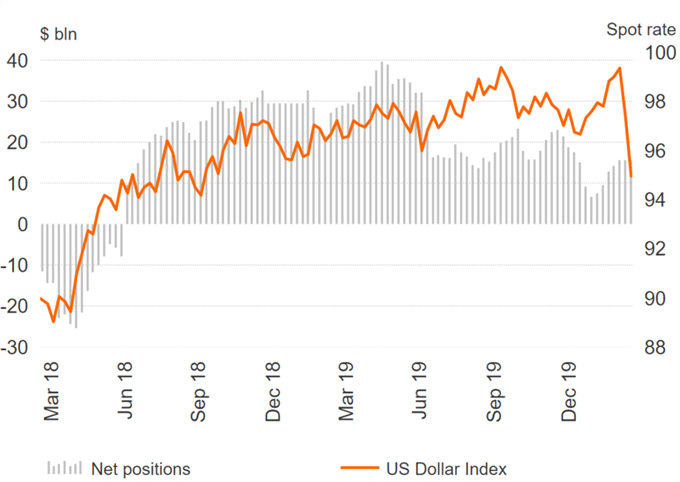 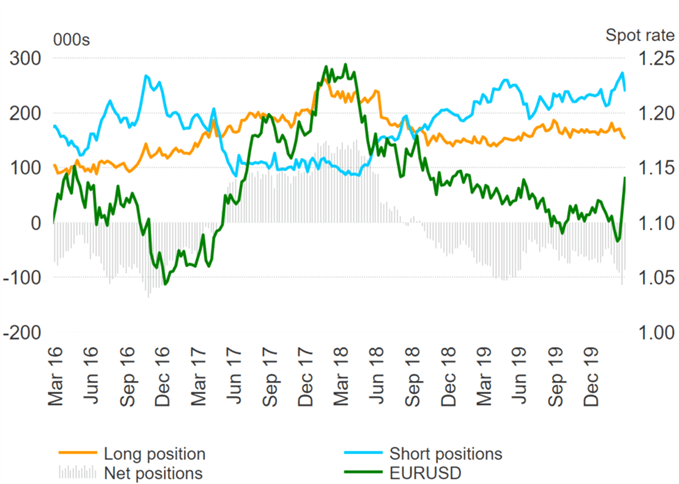 GBP/USD | Markets Most Long on GBP 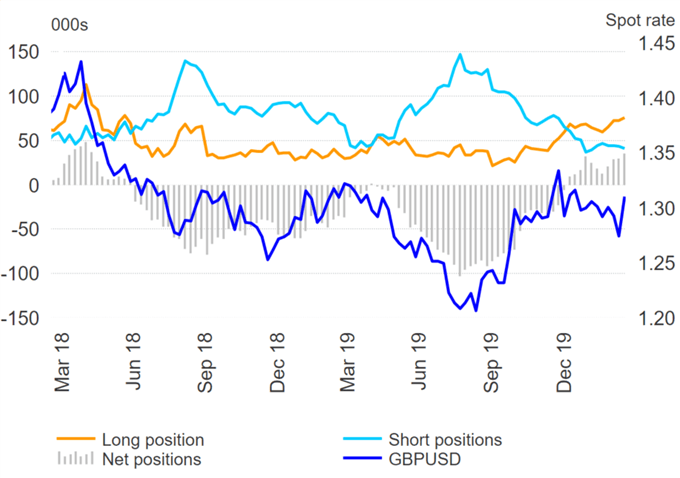 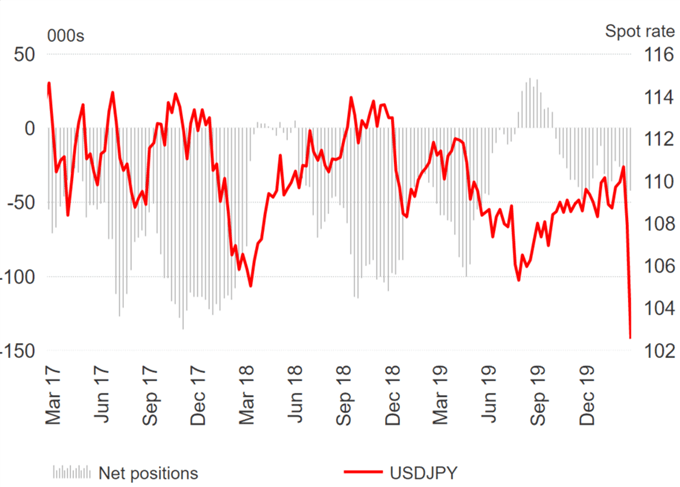 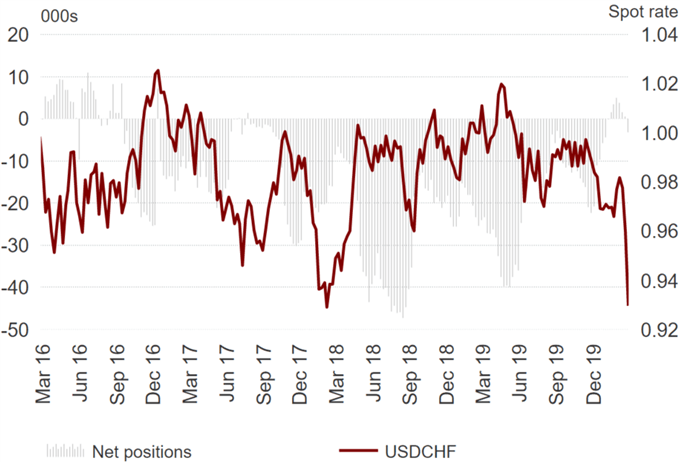 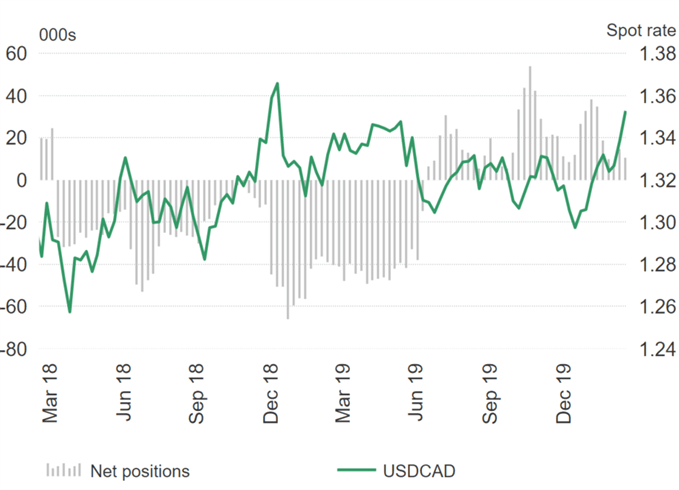 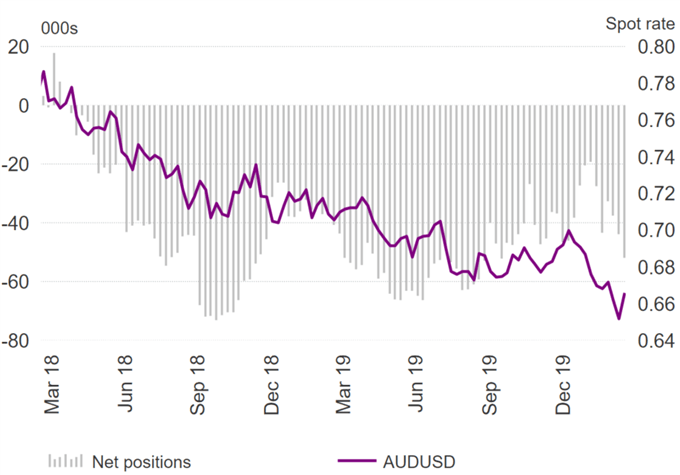 NZD/USD | Most Shorted Currency in G10 (Adjusted for Open Interest) 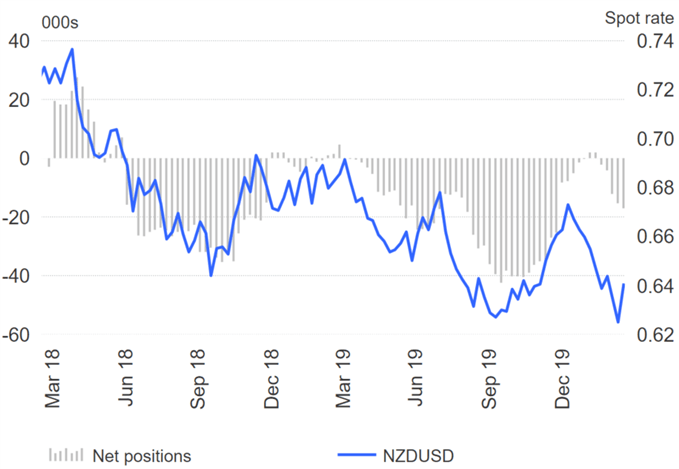