Gold: In the week to December 17th, investors raised their long positions by 8%, while shorts were cut by 12%. In turn, gold prices have remained firm, rising above the December 4th and December 12th highs, despite a plethora of factors which would typically weigh on the precious metal, including equity markets rising to fresh record highs and progress in the US-China trade war talks. On the technical front, topside resistance is situated at $1485-1490. Although, keep in mind that January is typically a good month for the precious metal and thus we do not rule out a possible lift towards $1500. Elsewhere, positioning changes observed in silver saw managed funds boost their longs by 6%, while shorts were reduced by 8%.

Oil: Investors have continued to establish fresh longs in Brent crude oil, having risen 5% in the week to December 17th, while shorts eased off slightly by 2%. That said, long positioning adjusted for open interest is at the highest since May 2019 with Brent crude futures continuing to hover around its best level since September. As such, in light of risk on flows, oil prices remain underpinned.

Copper: With a resolution in sight for the signing of a US-China phase 1 trade deal, speculators have rushed into the pro-cyclical base metal amid a sharp increase in fresh longs (largest since June 2018). Consequently, markets are now net long for the first time since April. 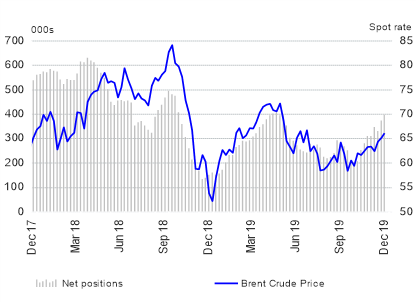 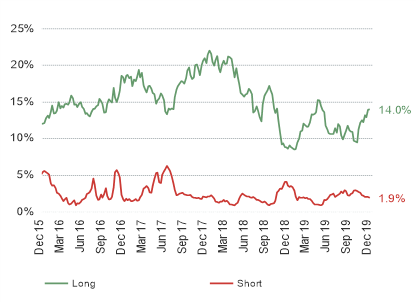 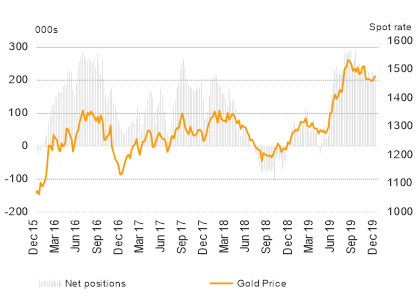 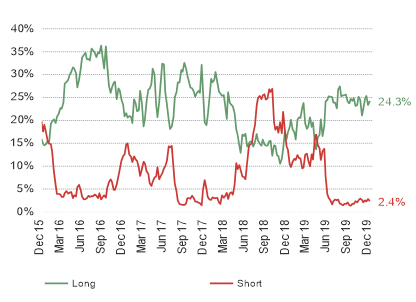 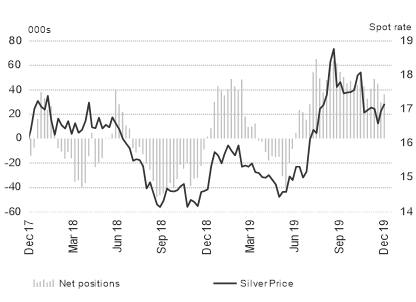 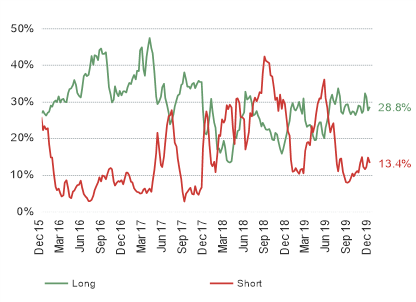 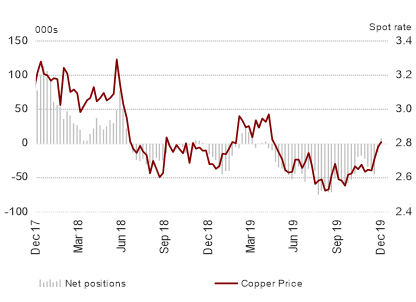 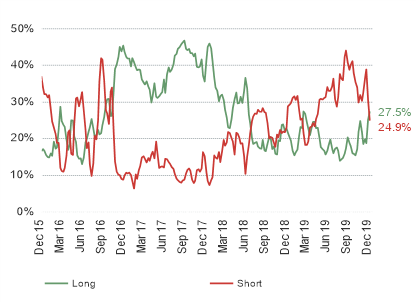