In the week up to December 3rd, CFTC data showed that speculators continued to raise their net longs in the US Dollar, which now total around $23bln after a $550mln increase in bullish bets. This had predominantly been led by Euro and Japanese Yen selling.

Sentiment in the Euro deteriorated sharply as a liquidation in long positions, alongside renewed short interest saw net shorts rise $1.1bln to $9.5bln. However, we feel that the additional selling has been largely due to the Euro becoming an increasingly attractive funding currency as opposed to a worsening of economic conditions, given that Eurozone data in recent weeks has showed modest signs of stabilizing.

Elsewhere, positioning in the Japanese Yen is the most bearish since May as investors reengaged with fresh shorts in the currency, sparking a $960mln increase in net shorts to $5.5bln. That said, based on the 3yr range, JPY positioning is relatively neutral.

As we look towards the UK general election and with the base case for a Conservative majority, non-commercials reduced their GBP net short positions yet again. However, this had been sparked by investors taking up fresh long positions as opposed to short covering. Alongside this, leveraged funds had sharply reduced their net shorts in the Pound to hold its smallest bearish bet since the end of May.

Across the commodity currencies, both AUD and NZD saw a sizeable reduction in net shorts of $580mln and $540mln respectively. As a reminder, the latter has seen a steady decline in bearish sentiment from its extreme levels back in October and given the balanced outlook by the RBNZ with regard to monetary policy, there is room for a further reduction in NZD short positioning. Selling in the Canadian Dollar looks to have reversed marginally with investors slightly boosting their CAD longs. 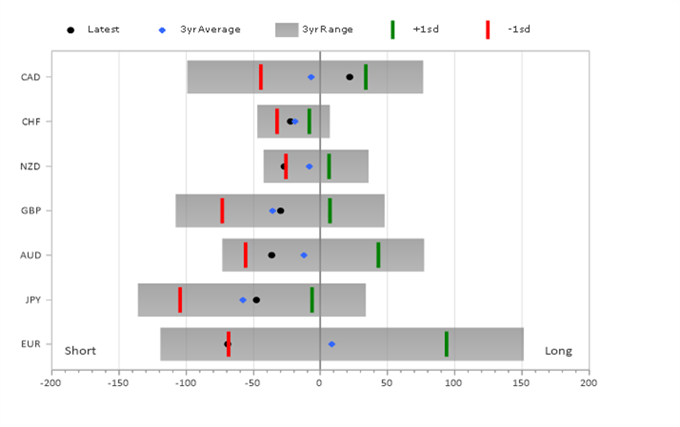 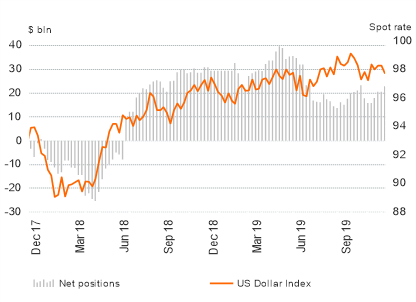 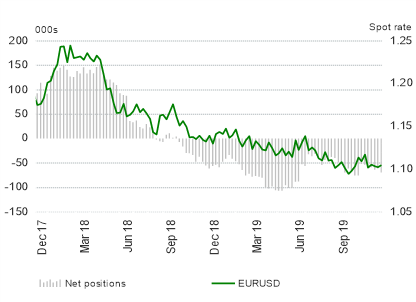 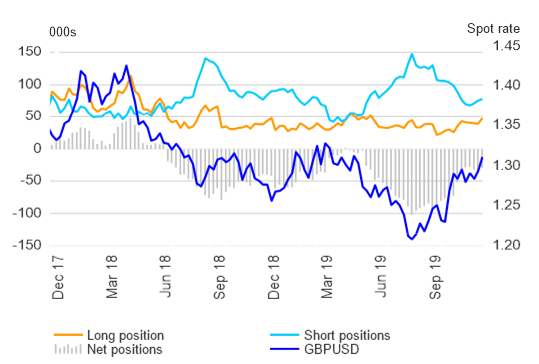 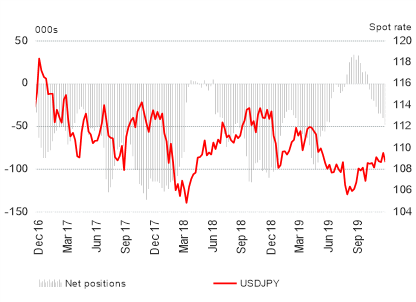 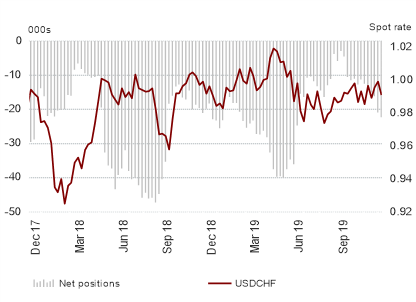 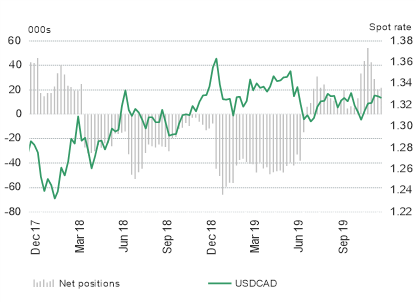 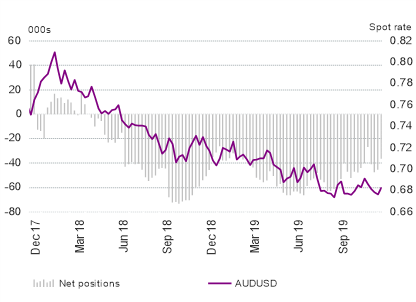 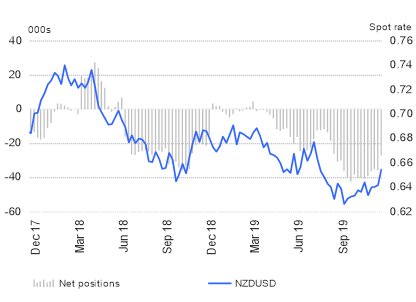