Oil: As OPEC looks set to extend its current production quota with a small bullish risk that the cuts could be deepened (As a reminder, OPEC sources hinted at deeper oil cuts of 400kbpd). Hedge funds extended their long positions in Brent crude, which in turn has kept oil prices somewhat underpinned, consequently, speculators now hold the largest bullish bet in Brent crude oil since the end of May.

Gold / Silver: The continued consolidation between $1450-1480 prompted speculators to liquidate some long positions, which had been cut by 8%, while short positions rose 1%. In turn, this saw net long positions cut by over 20k contracts to the smallest bullish bet since mid-June. That said, given that trade war uncertainty persists, downside in gold is somewhat limited to $1450. (Of note, on the seasonal front, Gold has tended to bottom at the end of the year with the precious metal underpinned by renewed demand in January). Elsewhere, managed funds slashed their silver shorts by 18% (lowest since October 11th) with long positions modestly higher by 3%.

Copper: The industrial metal saw a marginal increase in net shorts (1-month highs) as investors continued to shed their long positions for a 3rd consecutive week. As such, this suggests that the optimism pertaining to the US-China phase 1 agreement looks to have peaked, therefore an escalation in tensions between the US and China is likely to deteriorate sentiment further in copper. 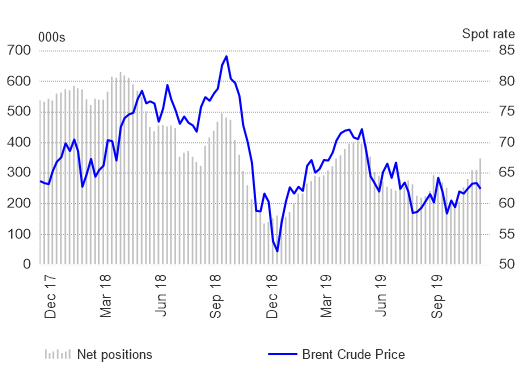 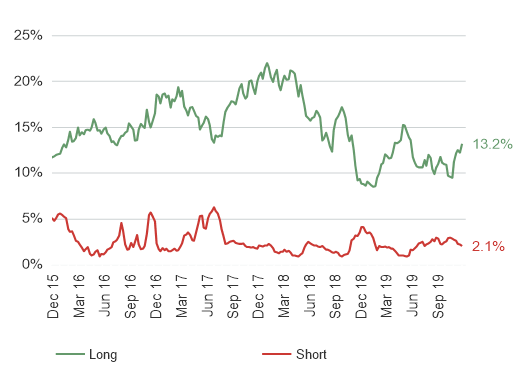 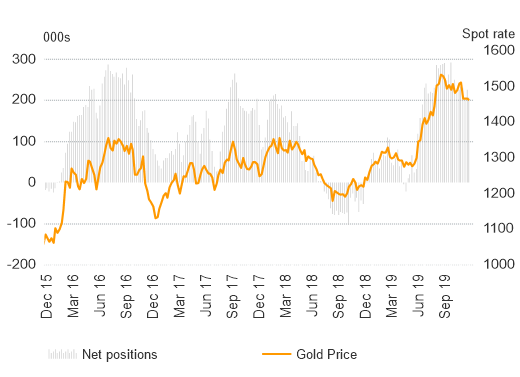 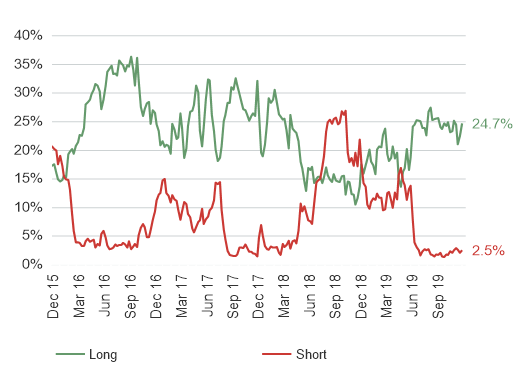 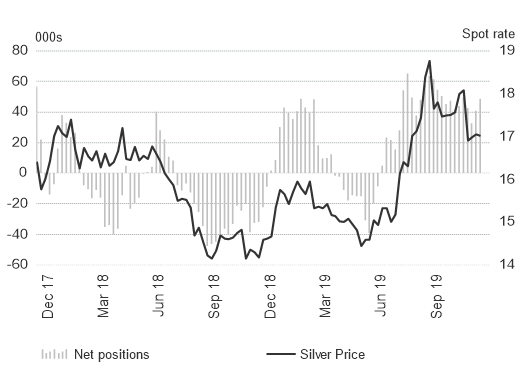 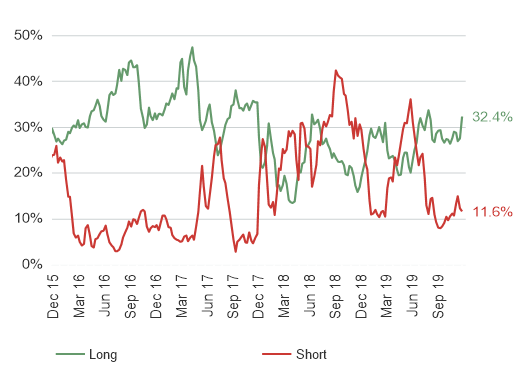 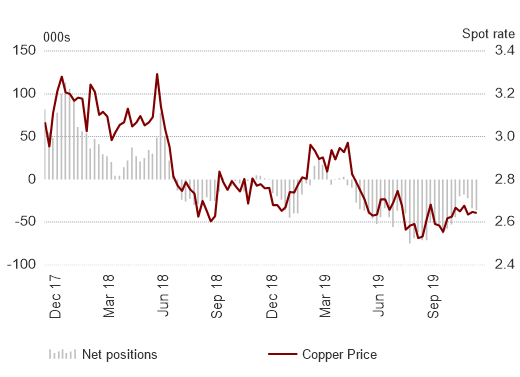 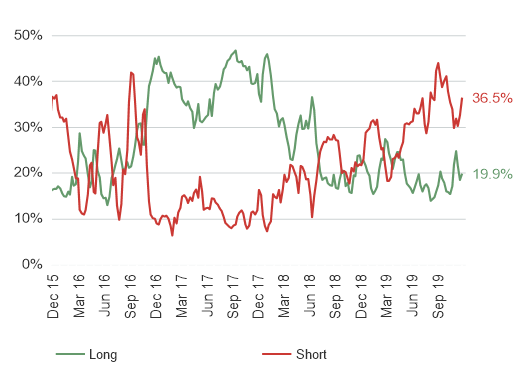