Last week’s CoT report brought with it an unusual showing by speculators in the New Zealand Dollar as they covered their short aggressively and turned net-long. Euro speculators covered for a second week in a row amidst choppy trading conditions, but this group of trend-followers remain firmly in the bear camp. Crude oil traders made a very small change to their positioning, however; that was before the major damage was done for the week. We will have to revisit oil trading activity next week. 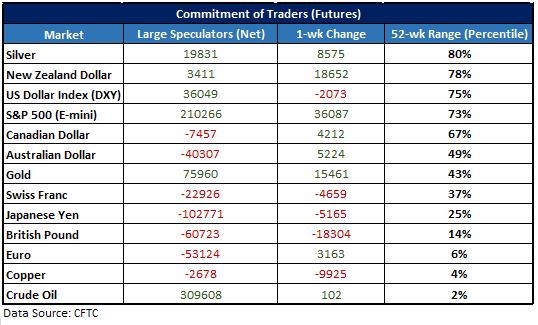 NZD speculators made a strong shift into long territory

Large speculators turned net-long for the first time since June, with a net purchase of over 18k contracts. It was still a curiously strong move. It was the largest change of hands since selling over 22k contracts back in June when large specs turned net short.

It also comes after a relatively strong up-move and recent reversal. It could turn out to be a poorly timed maneuver, especially if Kiwi starts going the way of its sibling currency, Aussie, in turning lower.

Euro specs covered for second week in a row, but remain firmly bearish

Large speculators in aggregate bought 3k contracts last week, the second week in a row we saw their short position shrink amidst a choppy trading environment. Large specs have been short since September and remain firmly in the bear camp.

Price action has generally become coiled up throughout the year, which could make for an explosive price move soon. If the generally weak trend since the high of the year continues, look for the -53k contract position to expand as we head into 2019. Conversely, if a strong move develops against the trend it could spark a strong reversal as traders are caught leaning the wrong way. A resolution one way or the other looks to be just around the bend… 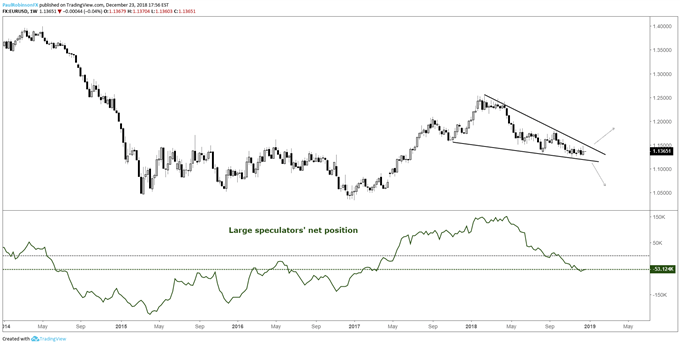 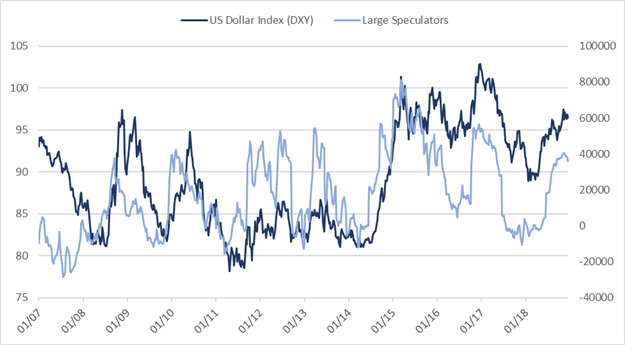 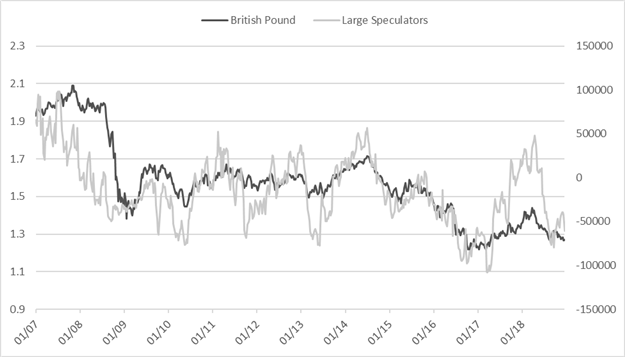 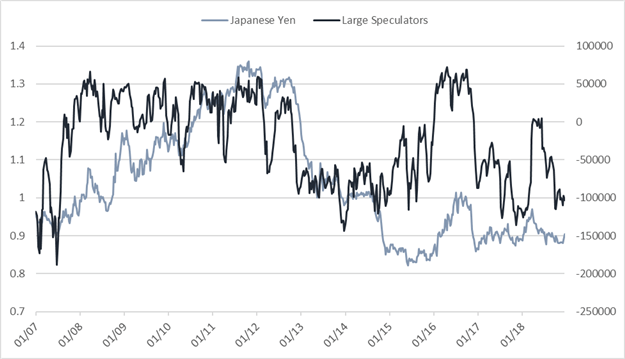 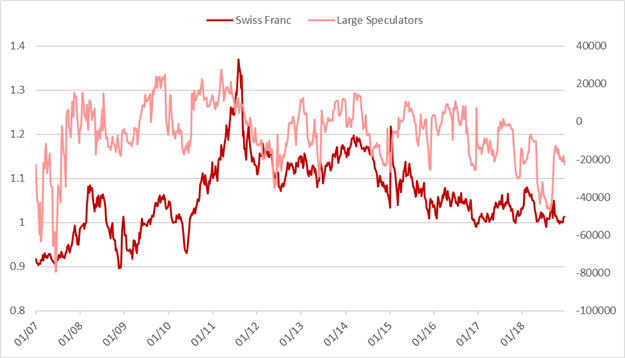 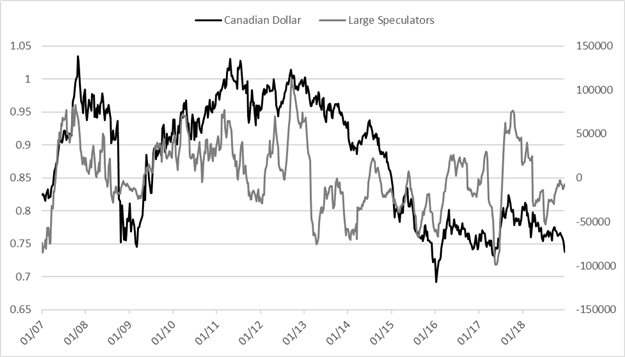 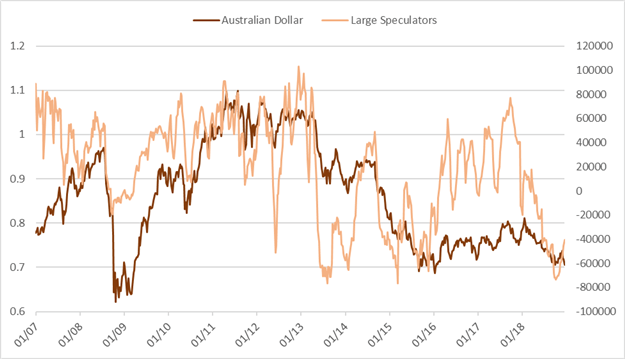 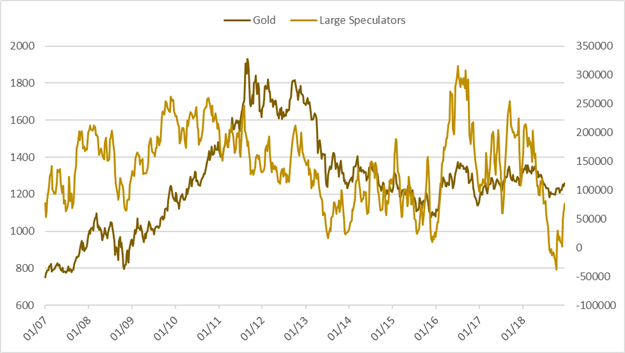 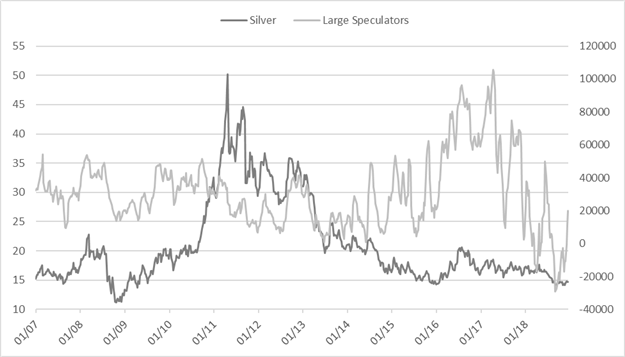 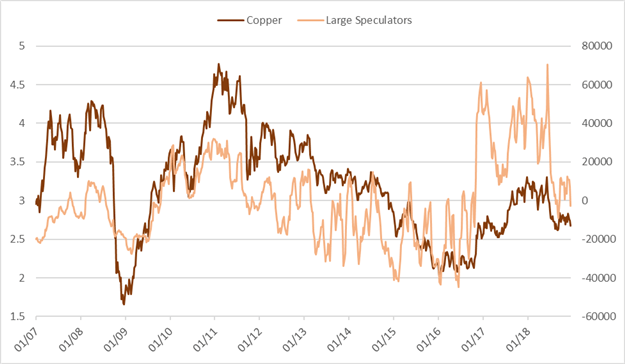 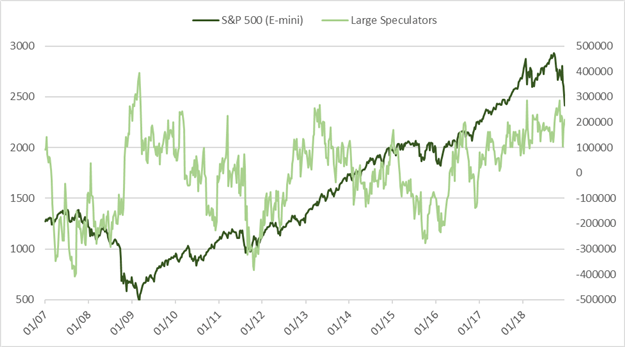