Friday’s CoT report showed a mixed bag with regards to Dollar bullish bets. There were reductions versus the Canadian Dollar, Japanese Yen, New Zealand Dollar, and Australian Dollar, while more buying took place in the DXY index and against the Euro, Pound, and Swiss Franc. Amidst crude oil’s precipitous decline large speculators continue to hit bids at an aggressive but not ‘panicky’ pace; big trend support coming up. 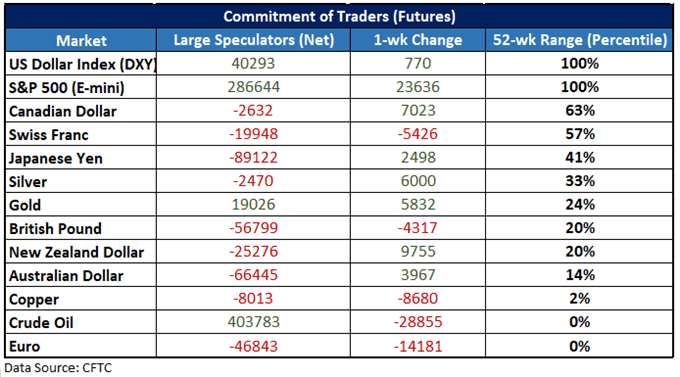 Large specs have been adding to bullish US Dollar Index (DXY) bets at an impressively persistent pace. Their net-long increased for the 27th time in 29 weeks. In the Euro, it was the 6th week in a row the net-short grew. At nearly -47k contracts it is the shortest large specs have been since the early-part of last year. Today, the important 11300 level I discussed over the weekend broke. More losses look to be in store in the short-term, at the least.

As one would expect given the large decline in oil, large specs have been hitting bids at an aggressive clip. The 4-week change of -124k contracts has only been exceeded on 2 other occasions, once in each of the past 2 years. But given the size of the drop one might think selling would have been even more aggressive (perhaps that is yet to come).

There is a very important trend-line just below, extending off the notable February 2016 low. Given how fierce the decline has been a bounce looks likely on a first test of long-term trend support, but should it break at some point longs could really start hitting bids at a ‘panicky’ pace. 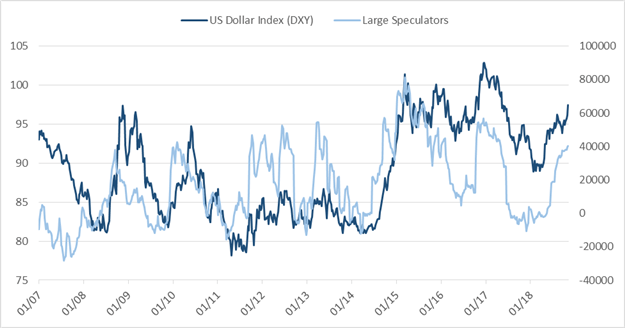 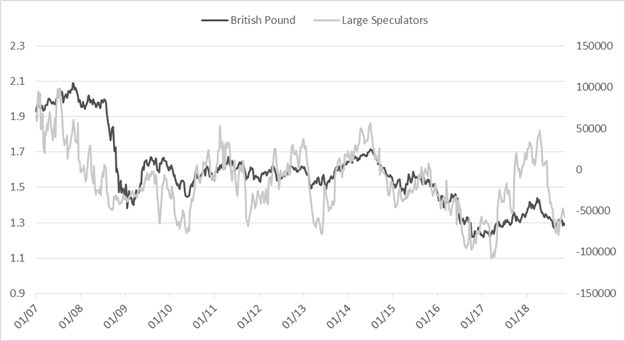 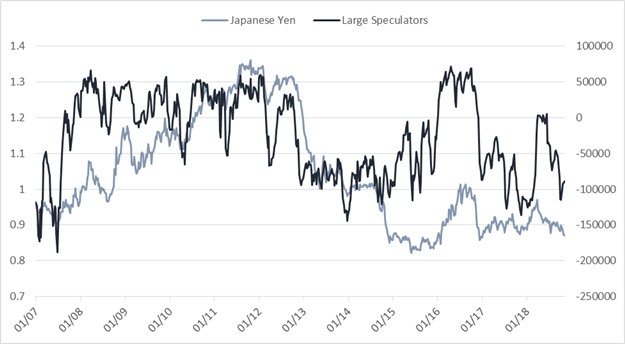 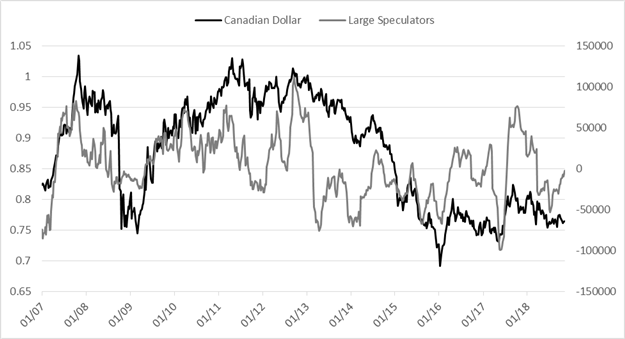 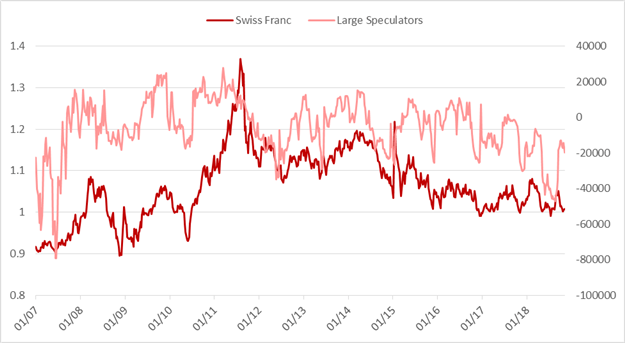 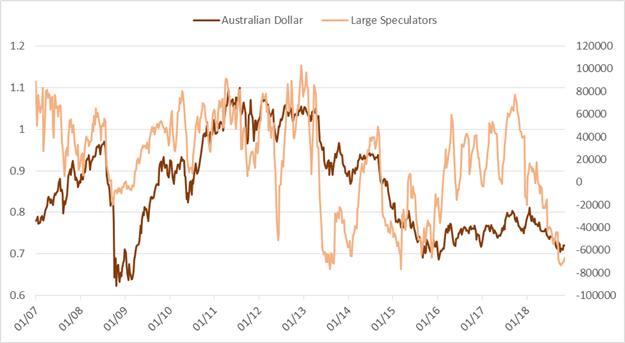 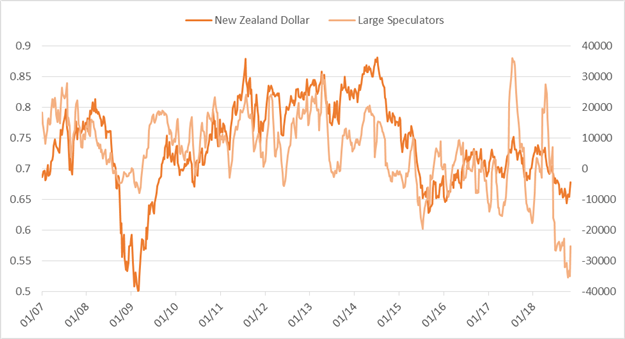 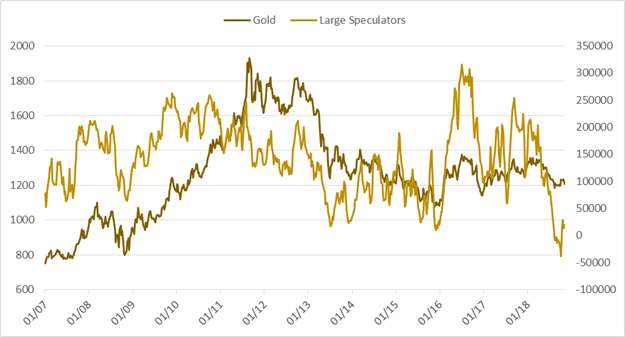 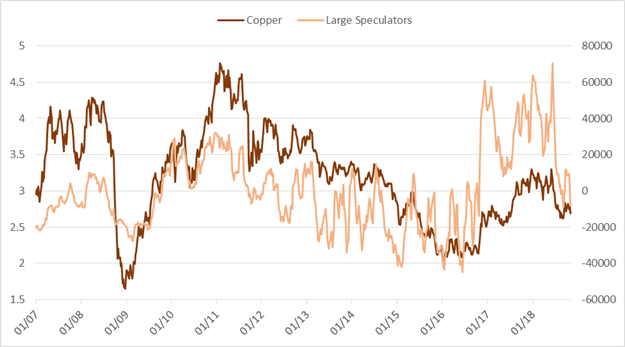 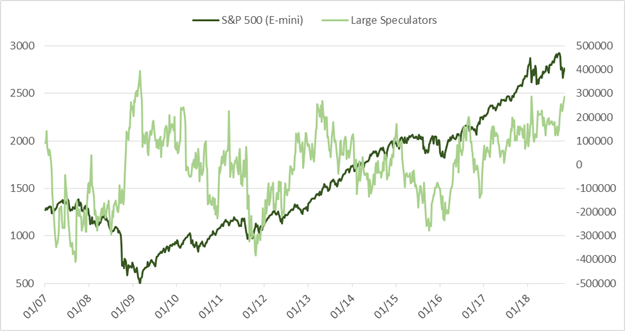