The most recently released CoT report showed more selling in gold by large speculators despite it stuck in a trading range, and is now proving to have been an untimely move. Otherwise this past week’s report wasn’t filled with any major shifts, just a continued theme of a generally bullish outlook for the US dollar. 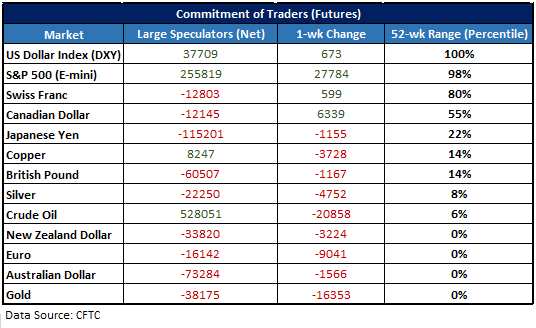 Back in August large speculators turned net short gold for the first time since 2002, and despite the precious metal going into a tight trading range this group of traders continued to sell. The most recent round of hitting bids made it the 4th week in a row, adding by a net count of over 16k contracts.

Given the CoT reports show one-week position changes ending on Tuesday, the most recent maneuver is proving untimely with the $30 rally on Thursday and continued strength to start the week. Look for next week’s CoT report to reflect short-covering. The squeeze higher in the near-term has room up to 1235/40 before running into its first test of price resistance. On an aggressive move higher the underside of the December 2015 trend-line could get tested near 1260. 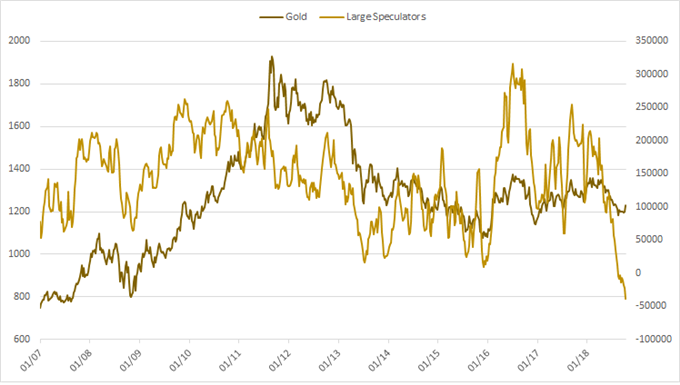 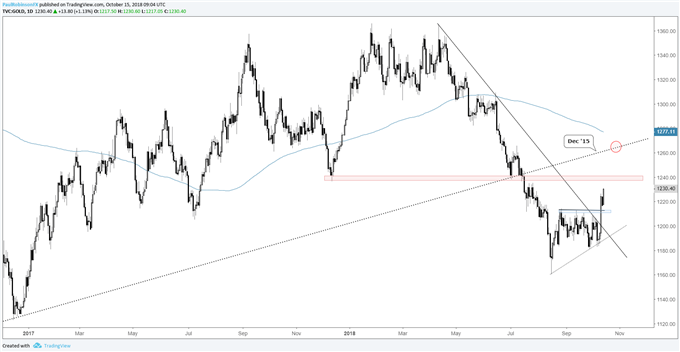 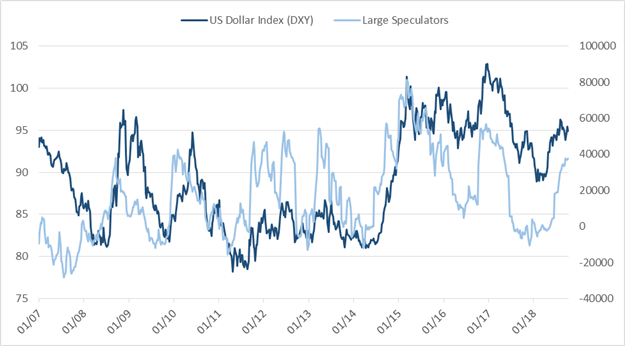 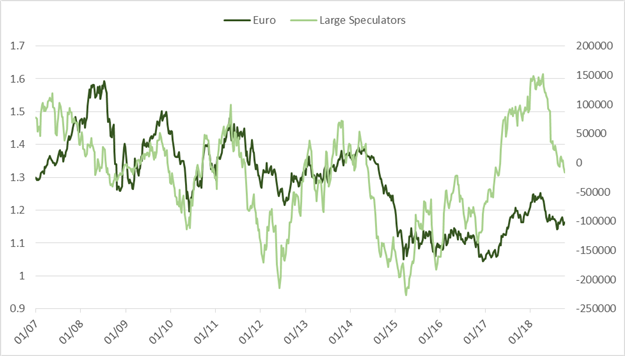 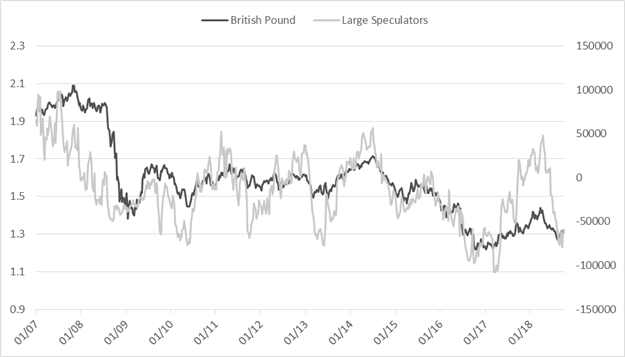 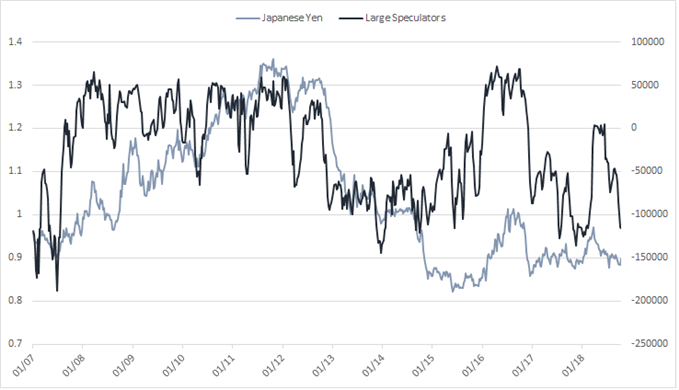 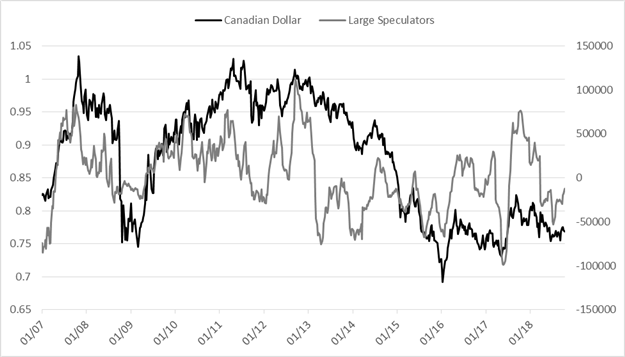 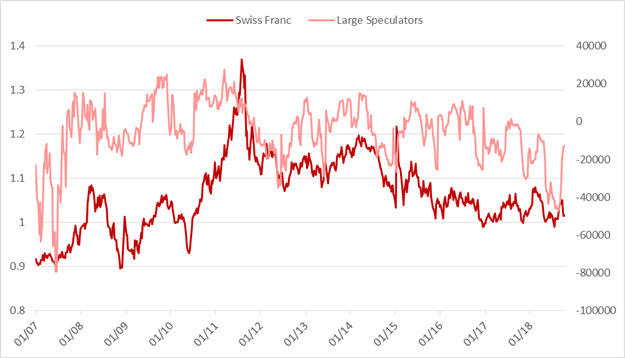 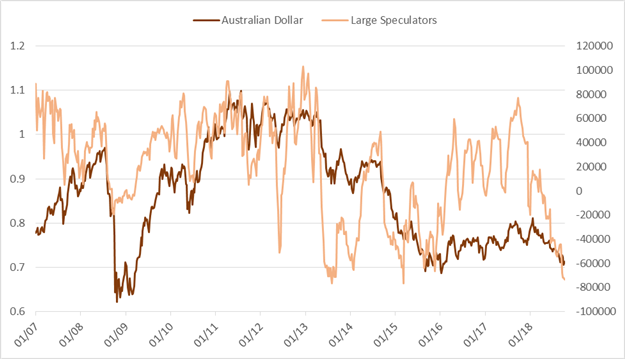 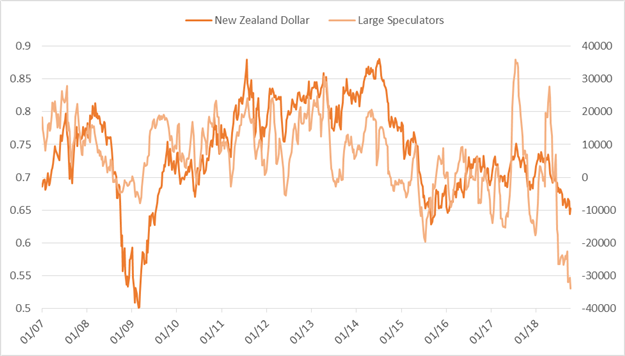 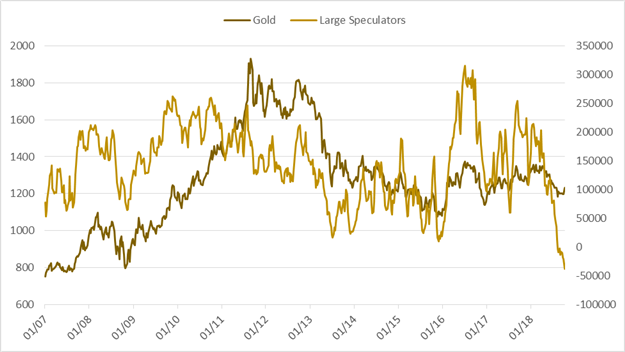 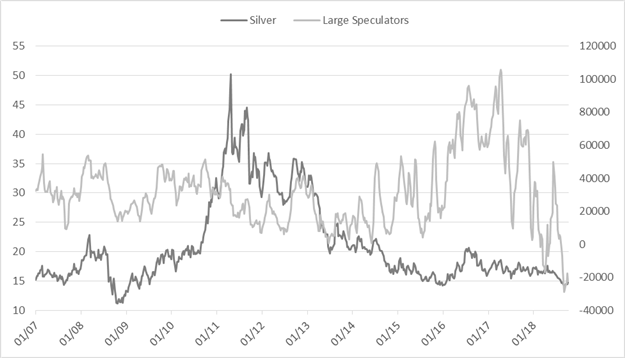 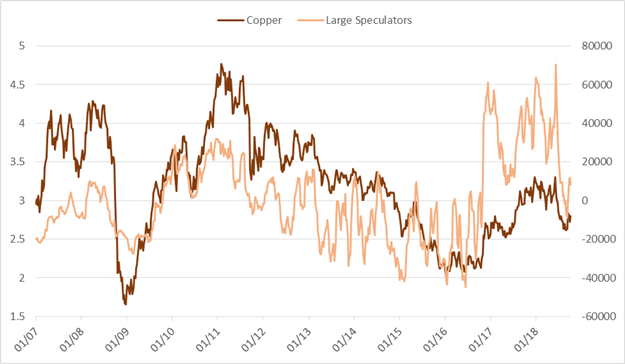 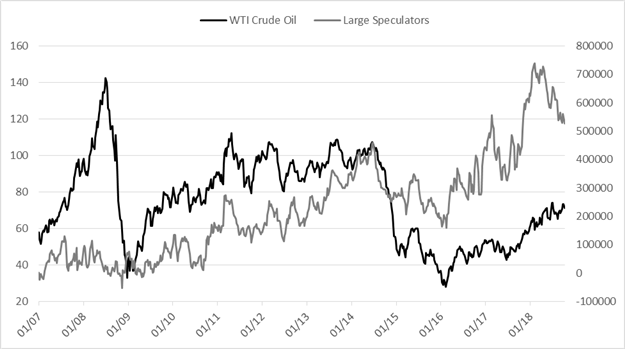 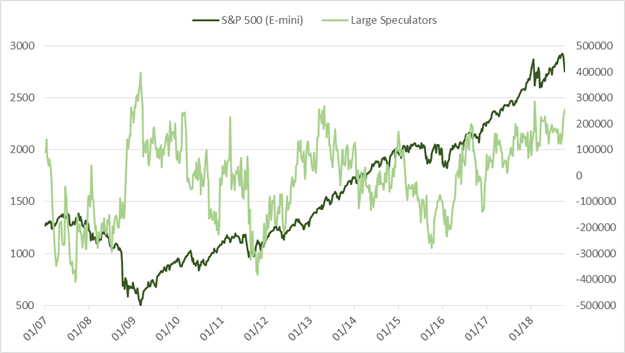