The latest CoT report released on Friday didn’t show any overwhelming one-week shifts, with the largest group of speculators adding some USD bullish exposure in some contracts and making small reductions in others. The streak continues in the US Dollar Index (DXY), where large specs added to their net-long for a 19th consecutive week. Gold traders covered a few contracts, but remain short for the first time since 2002. 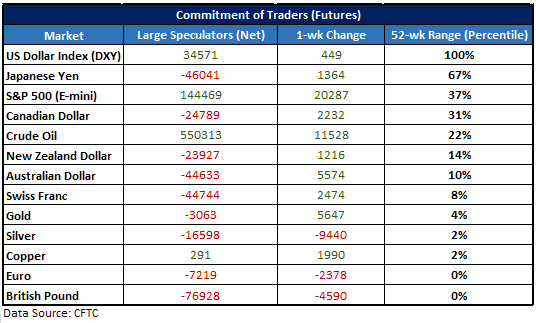 It’s more of the same, with large specs adding yet again to their long position in DXY to make it a 19th week in a row of doing such. An impressive streak, one not even seen during the persistent rise of 2014/15. The trend continues to be pointed higher, but it would appears at some point there will be a set-back large enough to at least shake the tree. Just as of last week the DXY was at a level seen nearly three months ago, highlighting a relatively sluggish trend. It may not take much to get traders hitting bids given their increasingly large long position, collectively, hasn't bared much fruit over the past three months. 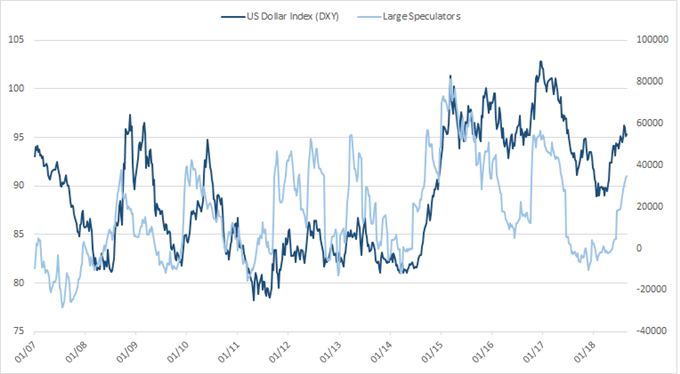 See what fundamental and technical drivers are at work this quarter in the Q3 Trading Forecasts. 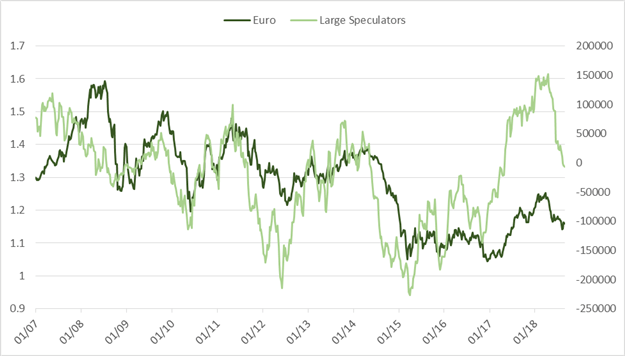 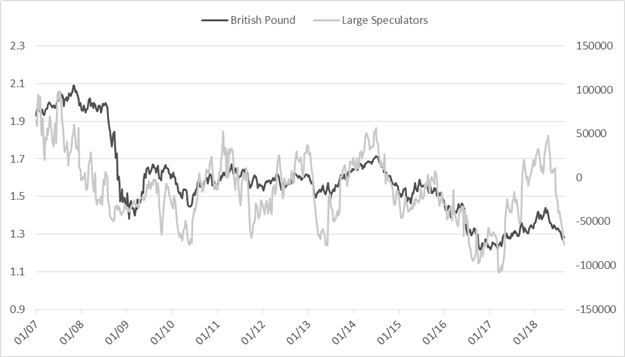 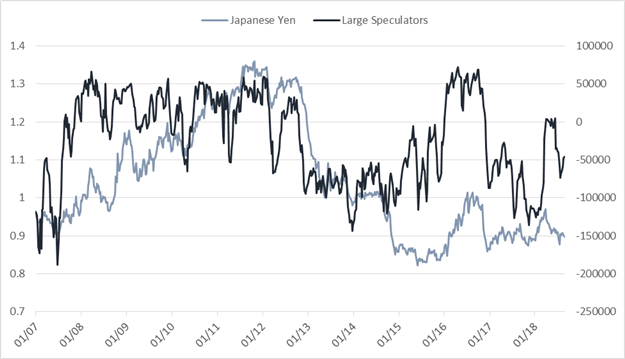 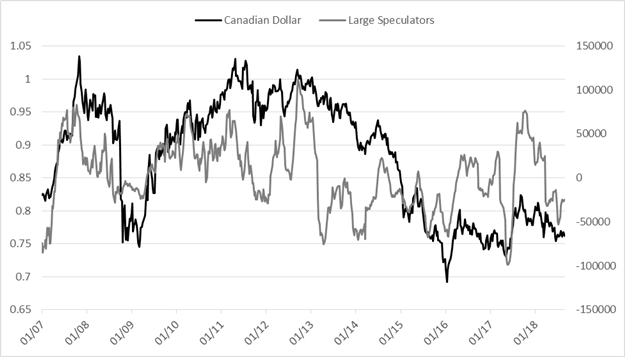 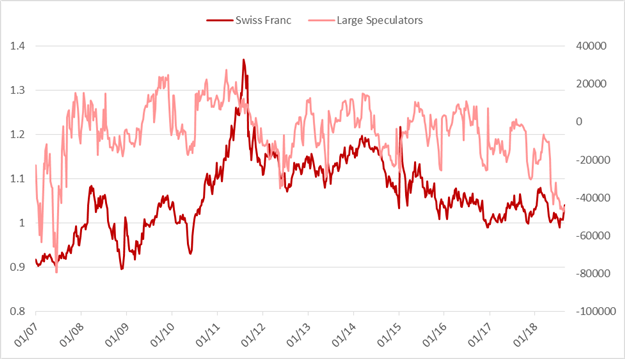 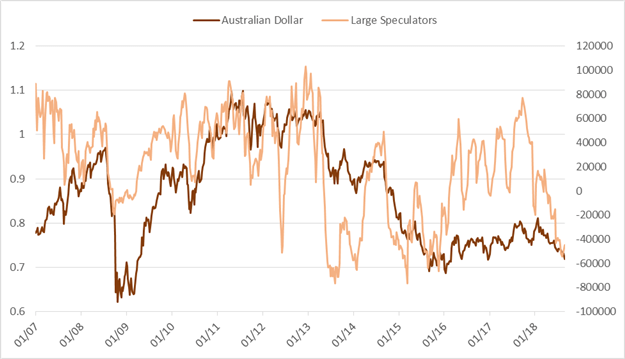 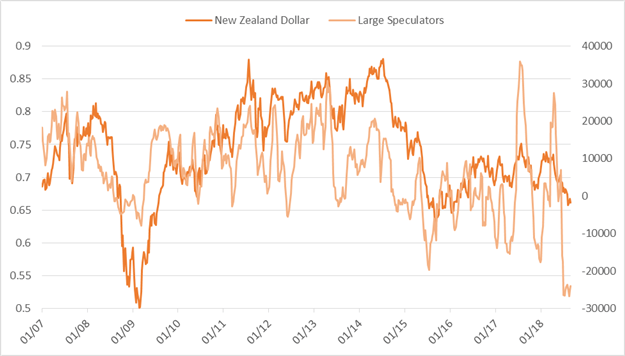 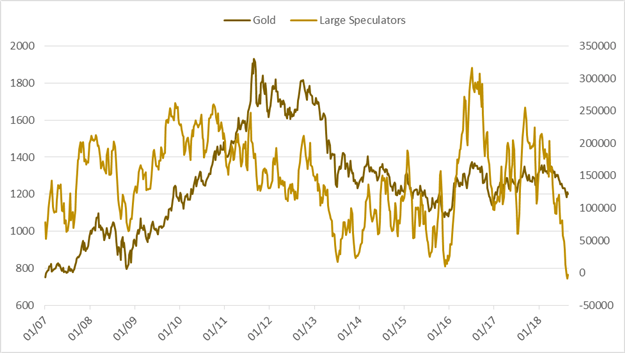 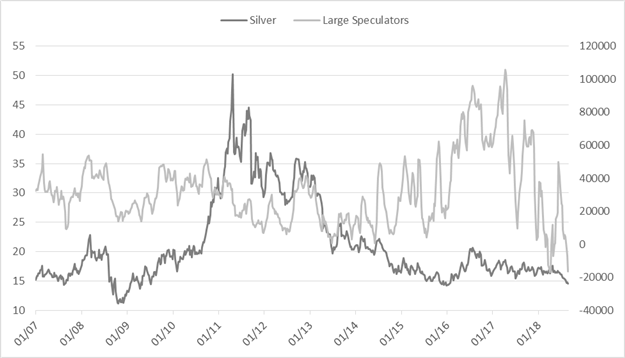 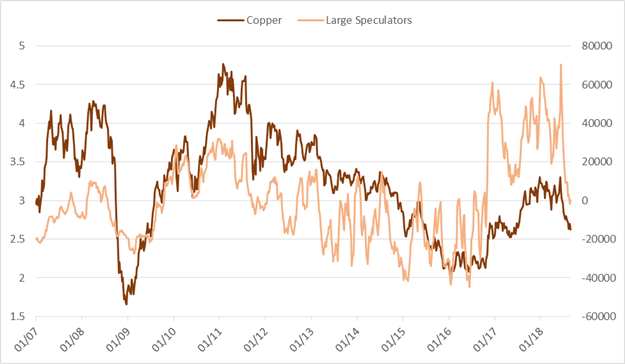 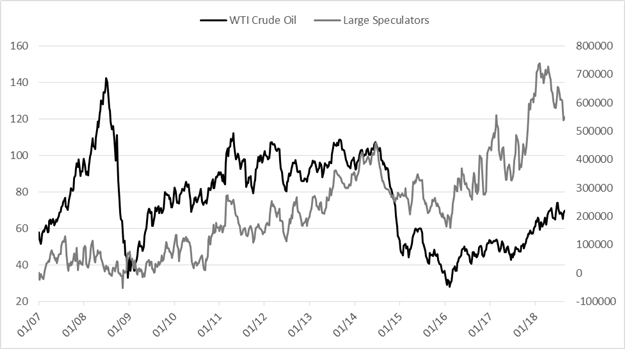 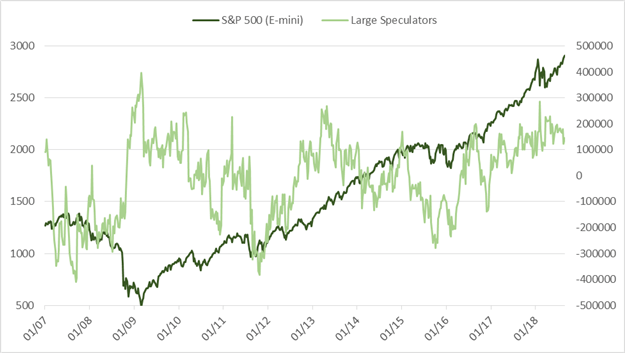