The latest CoT report showed continued pressure on currencies, with many profiles at their most bearish in at least a year. Euro large specs are on the verge of turning net short. Dollar strength has precious metal traders on the defensive too, with large specs nearing the net-flat mark for the first time in 16 years.

On Friday’s, the CFTC releases a detailed overview of traders’ positioning in the futures market as reported for the week ending on Tuesday. Outlined in the table below are key stats concerning the positioning of large speculators (i.e. hedge funds, CTAs, etc.). This group of traders largely employ trend-following strategies, and as such, net-buying is typically seen in uptrends and net-selling in downtrends. When analyzing the data, we take into consideration the direction of their position, magnitude of changes, as well as extremes. 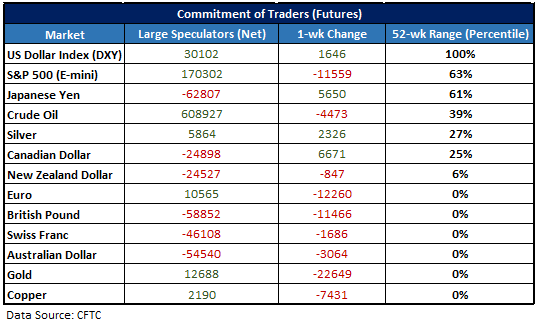 Euro net-short could come soon, if not already

At only +10.6k contracts, a reduction of over 12k from the week before, large speculators may be on the verge of flipping short the euro, if they aren’t already. With the report ending on Tuesday, the past three days of selling have not been included in the most recent overview. Furthermore, with the important 11500 level broken there could be more on the way.

Why would a flip to net-short matter? It may not in the short-term, but overall large speculators have done well historically when it comes to correctly identifying intermediate to long-term trends in the euro-FX contract. For more details, you can check out a piece done last year on large spec performance in the euro. 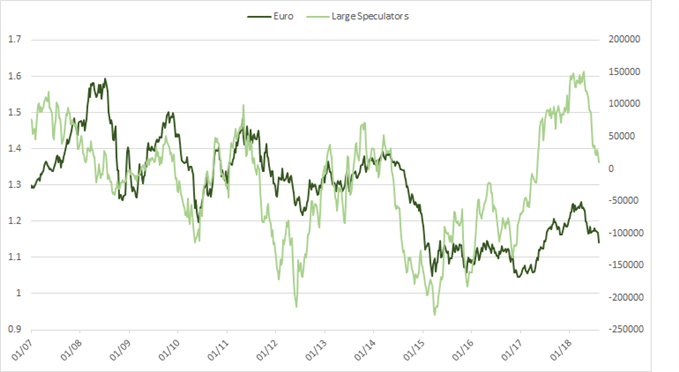 Large speculators have held a net-long in gold for 16 years to the week, making it the most persistent positioning in all of the futures markets. Silver large specs were right there with them, naturally, but they have been on-and-off long since earlier this year.

A flip to short may later prove to be a pivotal turn in sentiment. It could mark a capitulation from market participants who collectively have held through the best and worst of times over the past decade+. Should we see a short position established it may be a fair amount of time and more selling before gold bottoms, but mark a key long-term signpost which bodes well for longs. 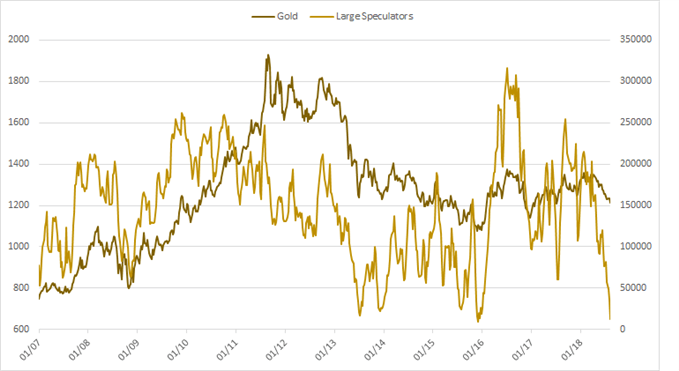 See how sentiment could tie in with the DailyFX Q3 Forecasts. 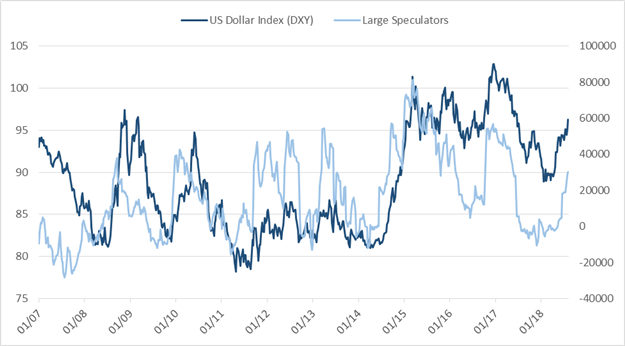 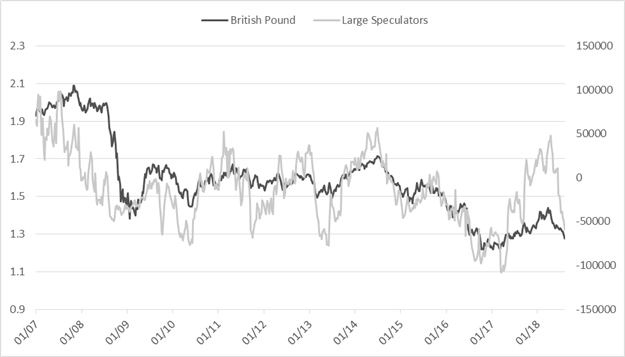 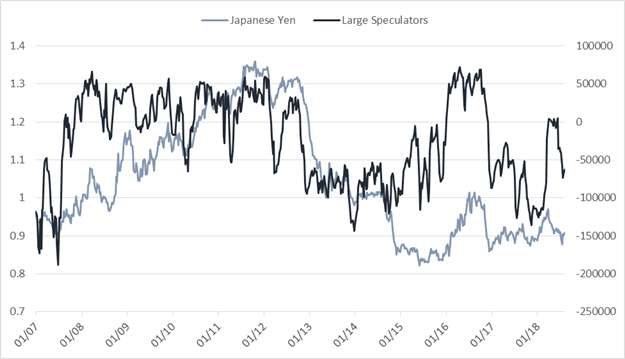 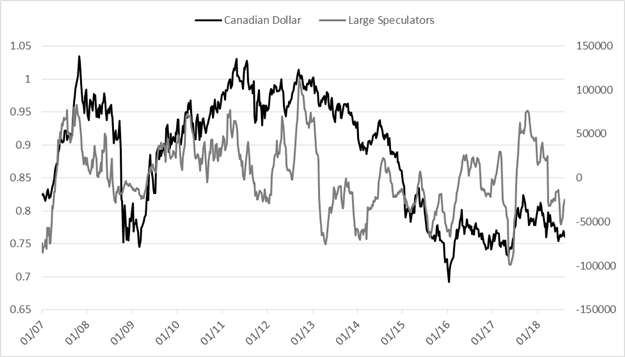 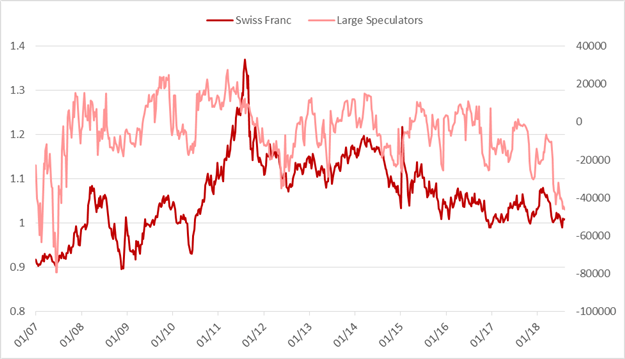 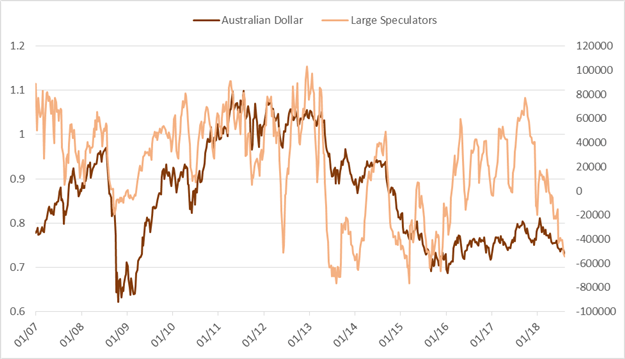 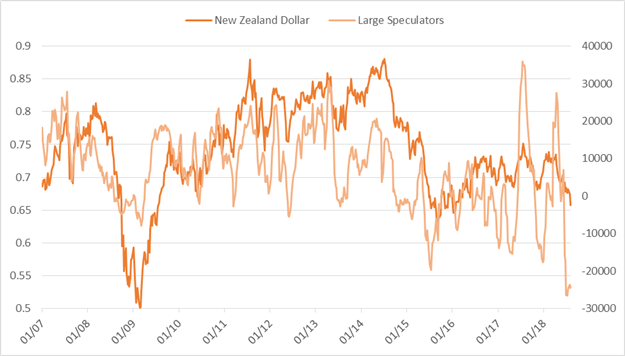 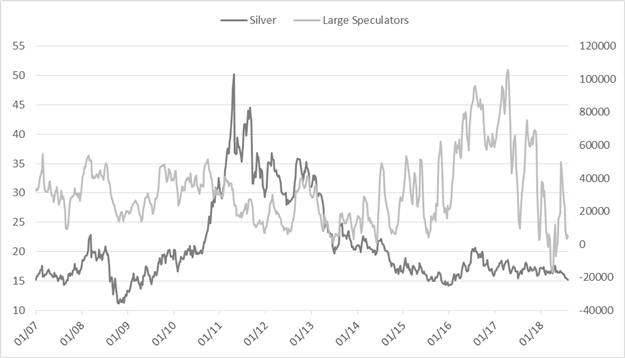 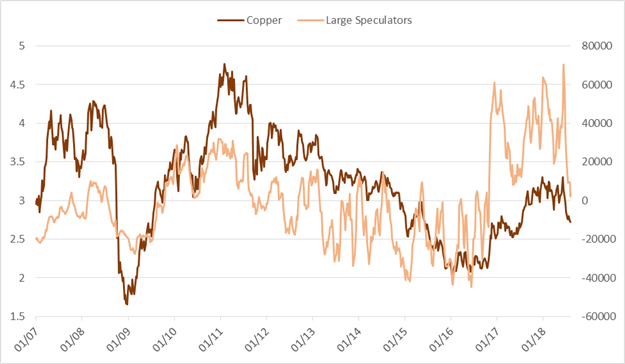 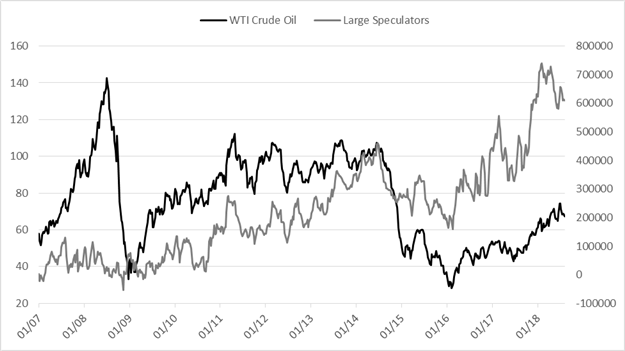 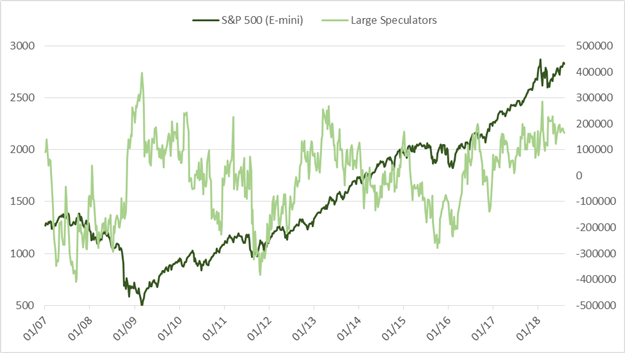