Since April, the central theme in the futures market has been the selling of currencies versus the US dollar, and this trend has room to continue. Overall, while there are 52-week extremes, and in the case of AUD a nearly 3-yr extreme, CHF near an 11-yr level, there is room to go before seeing the kind of major extremes across the board one would expect to see at a big turning point in the dollar. The take-away is that over the intermediate-term there will likely be some twist and turns, but more dollar buying could be in the cards. 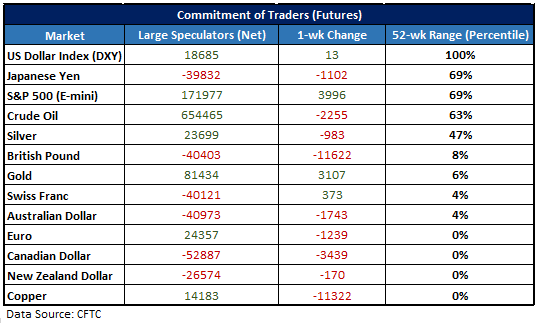 With the second half of the year under way, see how sentiment could tie in with our recently released DailyFX Q3 Forecasts. 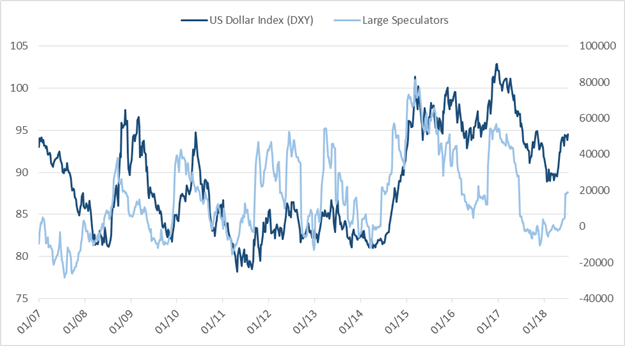 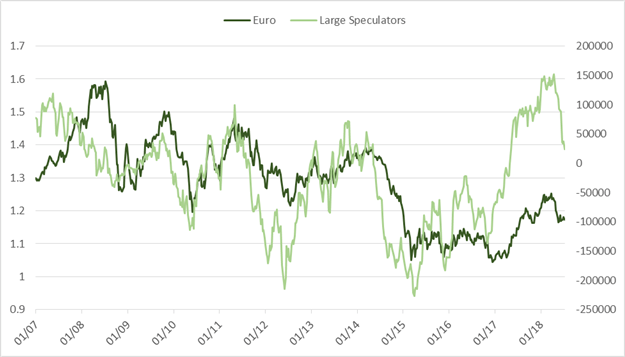 At 24k contracts, the net-long held in the euro is the smallest since May 2017, but nowhere near a bearish extreme of course. Large specs in this contract have a solid long-term track record of correctly identifying trends, we’ll want to pay attention to whether they soon move to a net-short stance. 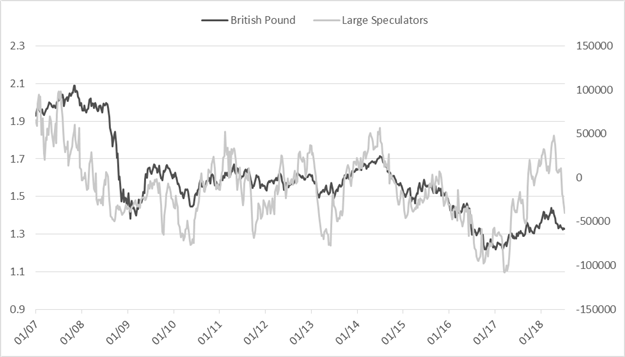 Pound selling continue for a 4th week in a row, pushing their net-short to 40k contracts and in nearing the largest in a year. The pace of selling has been aggressive the past three months and may indicate a shorter-term extreme, but nothing longer-term to glean from recent changes. 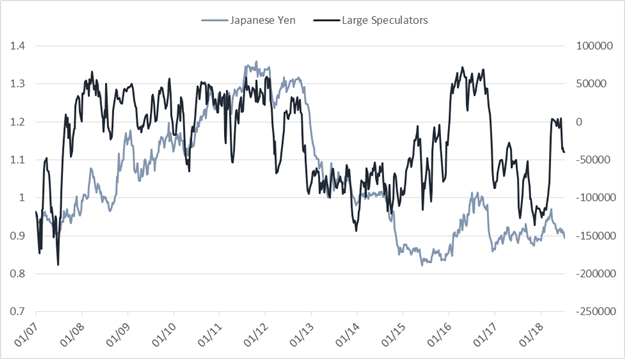 Japanese yen positioning changes have been one of the more difficult to read into this year. Strong short covering on the earlier-year rally, but very slow to re-establish shorts during the most recent leg lower. 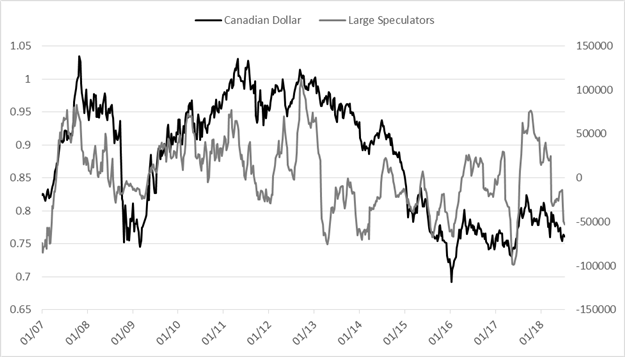 Selling continued for a 3rd week in a row, increasing the net speculative short to the largest in over a year. At -53k contracts, it’s a sizable position and could quickly move into record territory if recent trends are any indication. 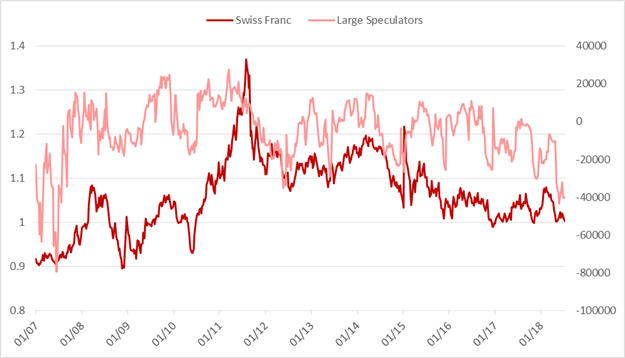 Swiss franc speculative shorts remain pressing, with -40k representing one of the largest shorts since 2007. 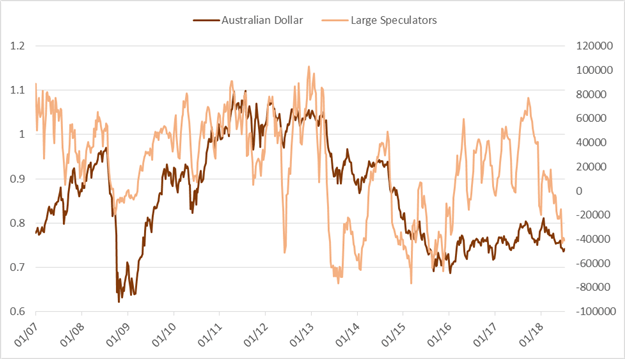 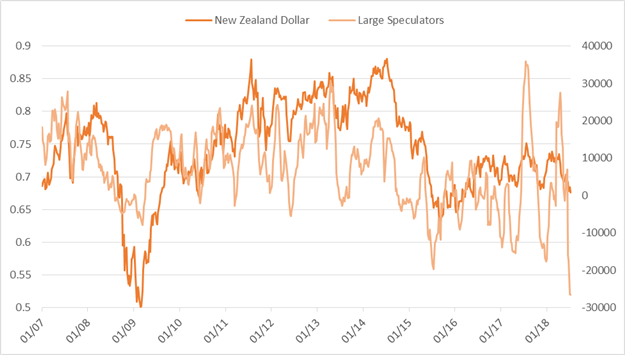 If there is one true extreme out there, it’s in the New Zealand dollar. Not only is -26k contracts a record, but it’s coming in almost straight-line fashion from a relatively large long position held just three months ago. This could at the least put a floor in kiwi, if not help an outright bounce grow legs. 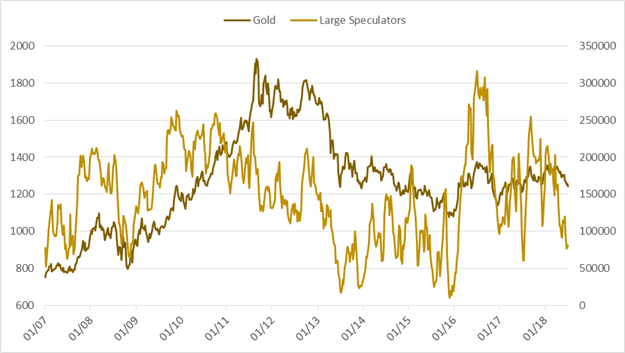 Gold positioning remains relatively small looking back over the past year, but seeing no real rush for the exits. A break of the 2015 trend-line, though, is viewed as a catalyst for further selling. 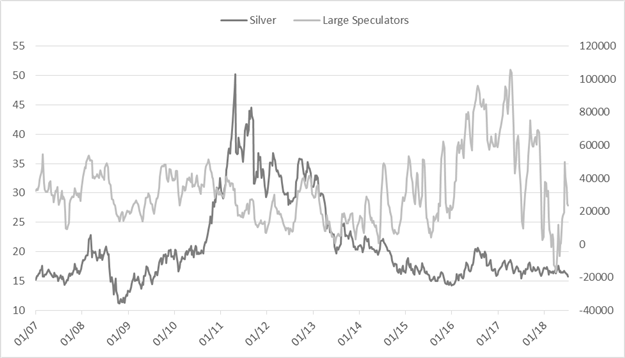 Volatility in silver positioning continues, at this time there isn’t anything to report here. 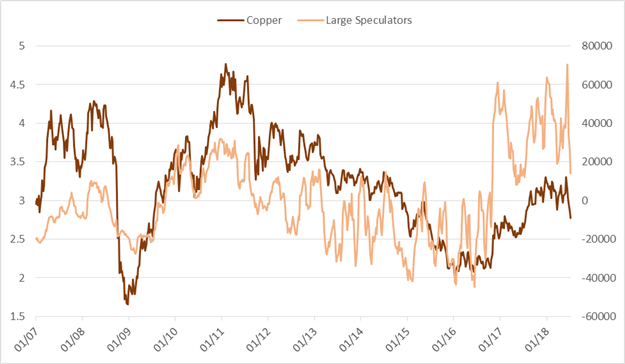 Copper positioning went from a record long 5 weeks ago to the smallest long in a year. The velocity of the move may put a short-term floor in as selling gets exhausted, but overall not at any kind of major net extreme. 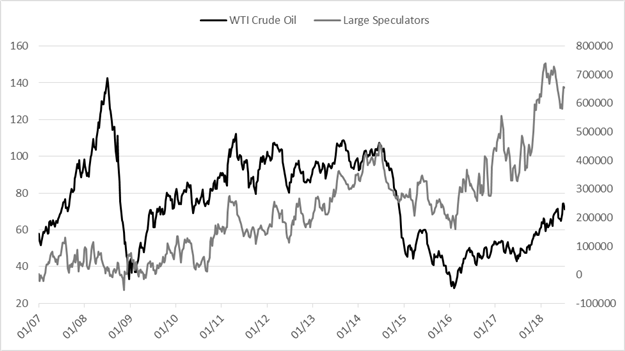 Crude oil positioning remains near a record amount, but its sheer size has given little indication to an exhaustion in trend. 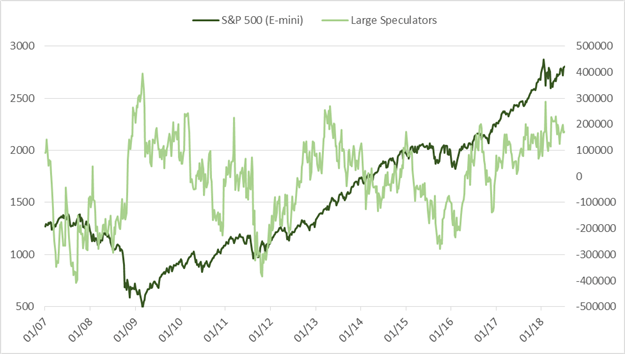 Nothing of significance to report here this week.