Large speculators reduced their net-long in crude oil for a fourth week in a row, what could this, if anything, be saying about the strong upward trend? Oil has certainly been in a fierce bull-phase since last year, perhaps a meaningful decline isn’t too far around the bend. 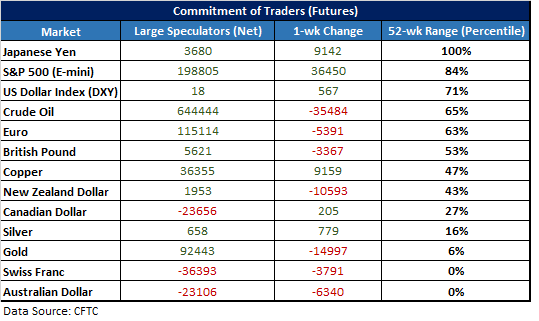 The persistent rise in crude oil since last year has sparked a massive accumulation of speculative longs, topping out at 739k contracts in February. The figure dipped a little with price during the down to flattish period in February and March, but positioning once again ramped back up to near record levels again last month.

However, in the past four weeks a somewhat curious trend has begun to emerge. Large speculators have reduced their net-long exposure each week while the price of oil continues to trade higher. The most recent report showed the trend-following group long 644k contracts, the smallest position since January.

It may not mean anything just yet, but perhaps the trend is starting to find enough skepticism that it could soon see a very long crowd of traders looking to reverse course as oil moves to fresh multi-year highs.

Keep an eye on price action for indications that oil wants to turn lower as there is plenty of resistance from current levels into the upper 70s. A sudden reversal in momentum at some point in the near future may be all it takes for a swift reduction in long positions and a sizable correction to develop. 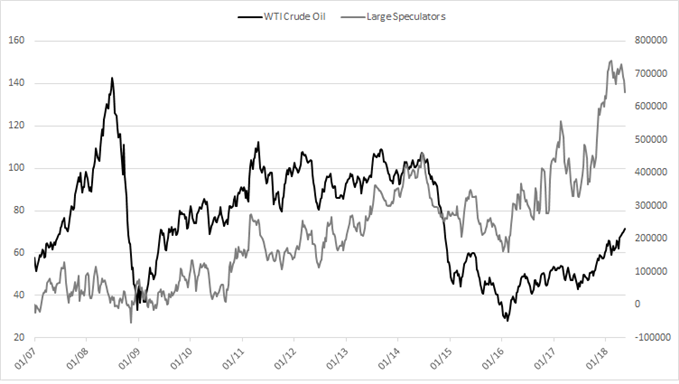 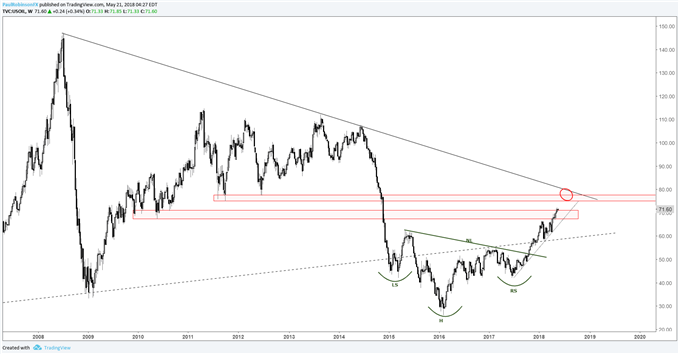 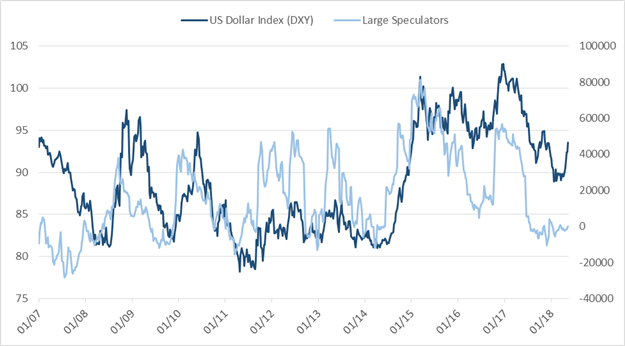 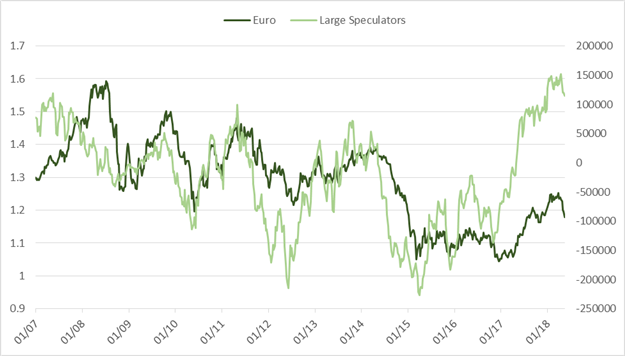 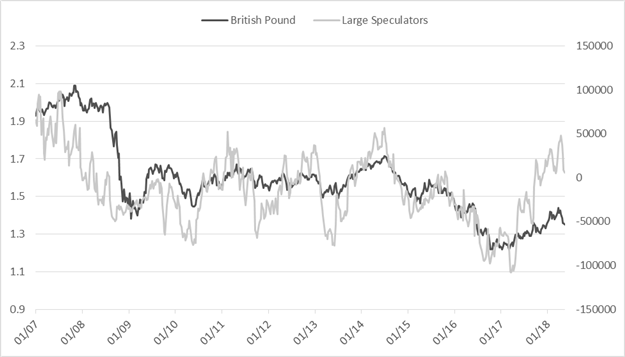 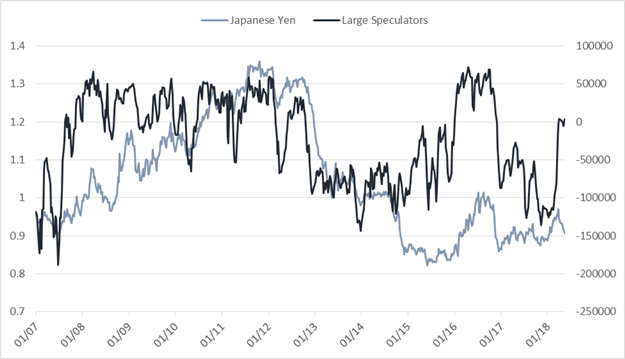 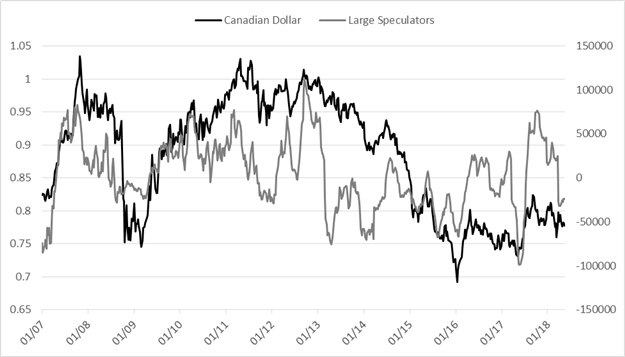 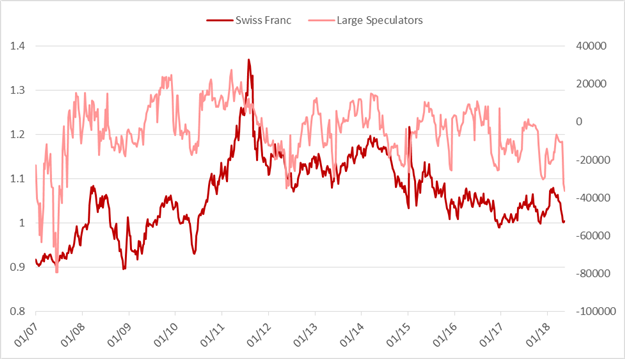 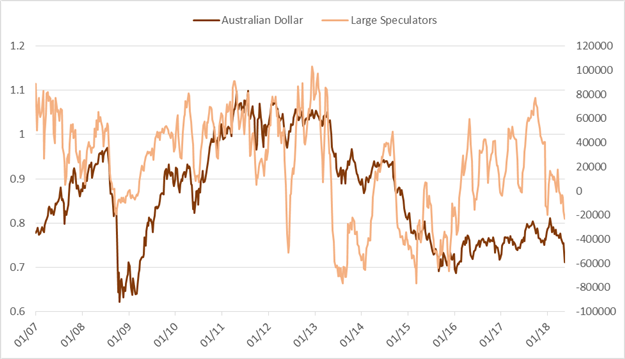 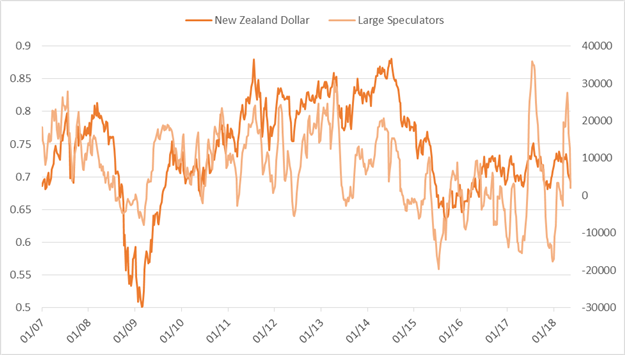 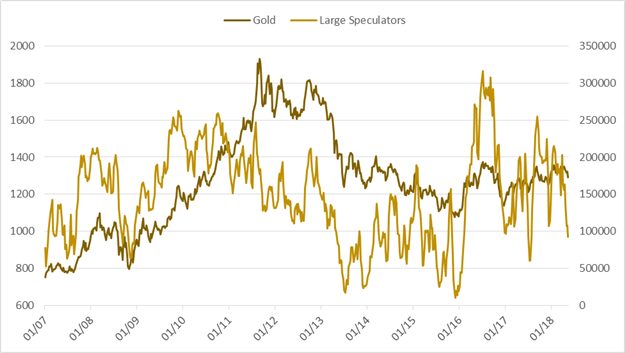 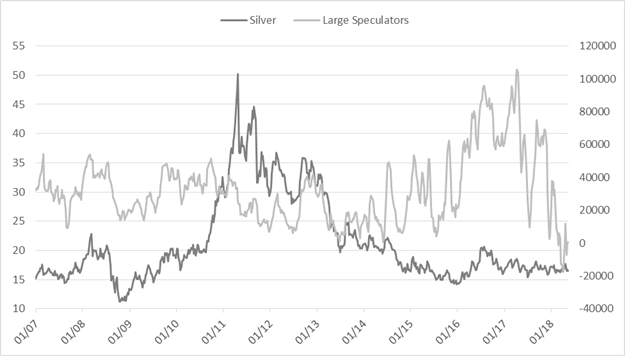 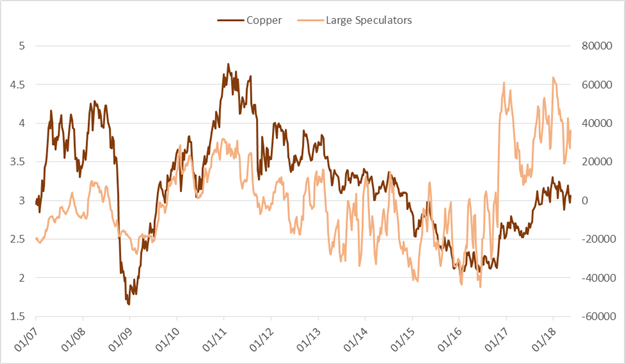 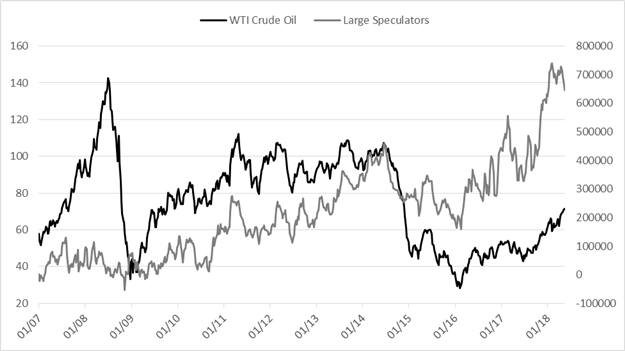 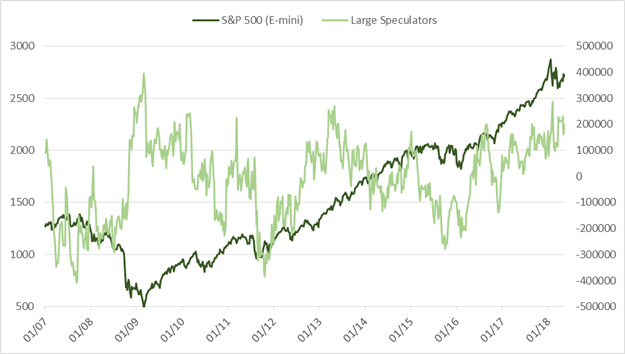