The CoT reportis a long-term indicator, for short-term sentiment check out the IG Client Sentiment page.

The most recent CoT report showed big changes again in the positioning profiles of large speculators trading gold & silver, while position sizes in oil and the euro continue to press historical bounds. GBP traders may have recently made an untimely flip in positioning yet again.

Every Friday the CFTC releases the Commitment of Traders (CoT) report, providing a breakdown of open interest in the futures market for the week ending on Tuesday. In the table below, we’ve outlined key statistics for net positioning of large speculators (i.e. hedge funds, CTAs, etc.). This group of traders are largely known to be trend-followers. The direction of their position, magnitude of changes, as well as extremes are taken into consideration when analyzing how their activity could impact future price fluctuations. 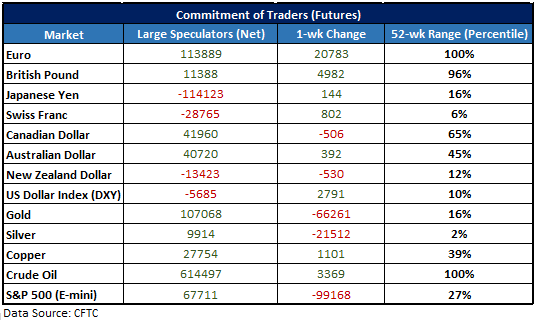 Gold: The change in large speculators’ positioning made a record shift in the most recent report. Their net-long was reduced by a whopping 66k contracts just a week after seeing a reduction of 51k contracts. At 107k total contracts the total position is by no means small yet, but the rush out the door hints at capitulation-type selling, but we may see some more before a floor is put in. 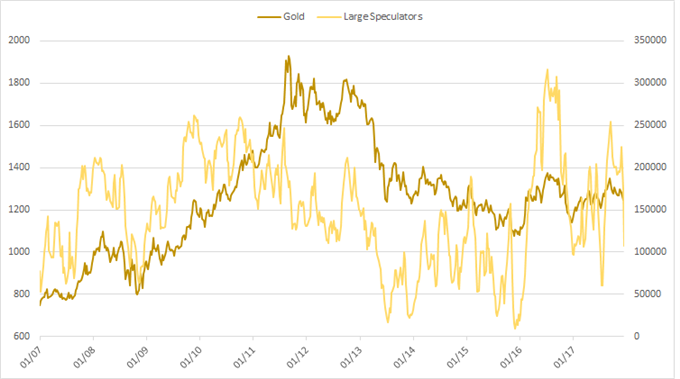 Silver: The report the week before showed a record change (-27k) in positioning, but with another 21k reduction in large speculators’ net-long, their position is quickly declining towards the zero-line. Each time it has neared zero over the years, silver carved out a low soon after. The stampede to liquidate coupled with long-term support not far below (2003 trend-line) could set up an oversold scenario into support and be conducive for a large bounce to develop in the not-too-distant future. 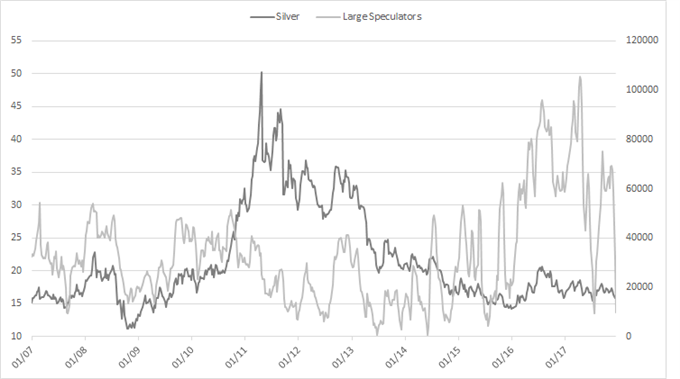 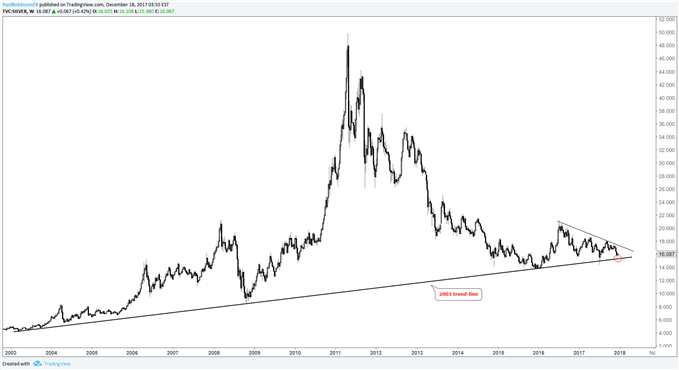 Crude oil: Large specs’ net-long grew for the 8th week in 9, continuing to extend into record territory. At 614k contracts it’s massive and suggests the market may be running out of speculative buying pressure to continue pushing oil higher. But until price action agrees with such a notion we must respect the current uptrend. Keep an eye on the slope since summer, it’s receiving a lot of attention as support and is proving to be increasingly pivotal for oil’s outlook. 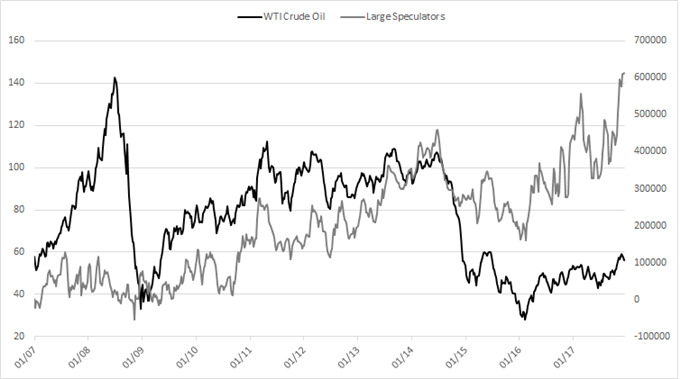 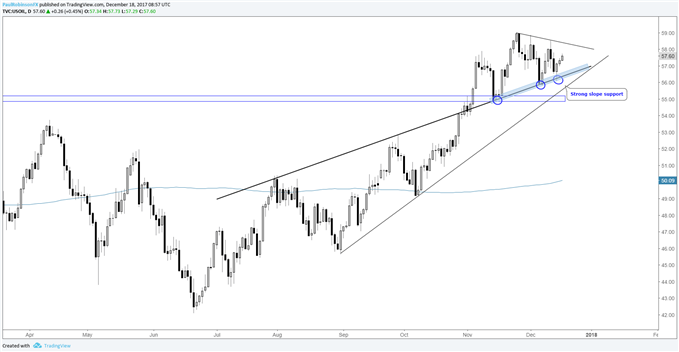 Euro: Large speculators are holding 113k contracts long, nearing the 2007 record of 119 contracts. Just as the case is with oil, it hints at the possibility of speculative buying running out. However, the euro has held steady despite an impressively persistent long positon. Keep an eye on support around 11700 and the November low in the mid-11500s, these levels, if broken, could cause an unwinding of longs in EUR/USD. 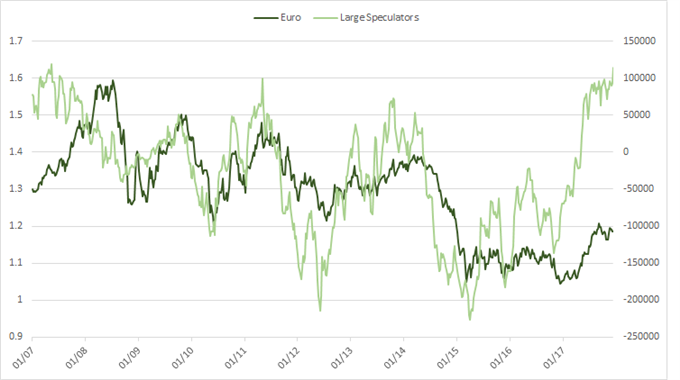 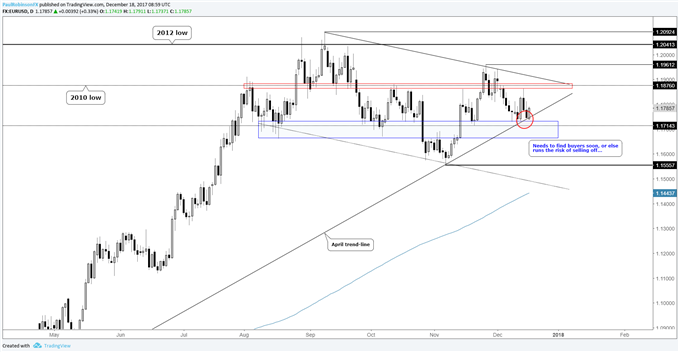 British Pound - large spec long builds for another week, may prove to be untimely again

British Pound: Large speculators established a net-long position three weeks ago for only the third time since late-2014. The other two instances – October 2015 and more recently, October of this year – both proved to be untimely returns to the long-side. The chart of GBP/USD still gives the benefit of the doubt for longs as a choppy trend remains in place. However, a break of trend-lines rising up from March and April would be the first of signs that the bullish sequence is breaking. A drop below 13000 would be needed, though, to create a lower-low. 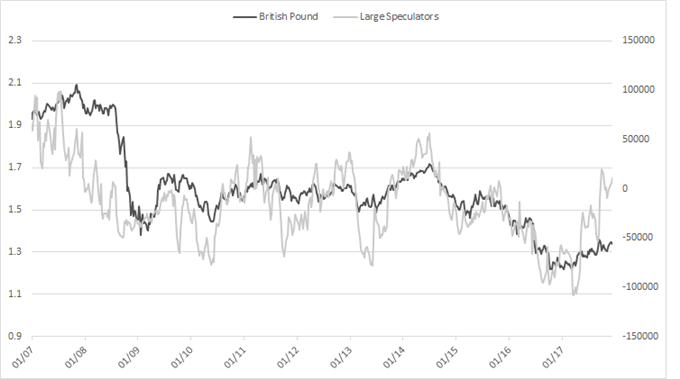 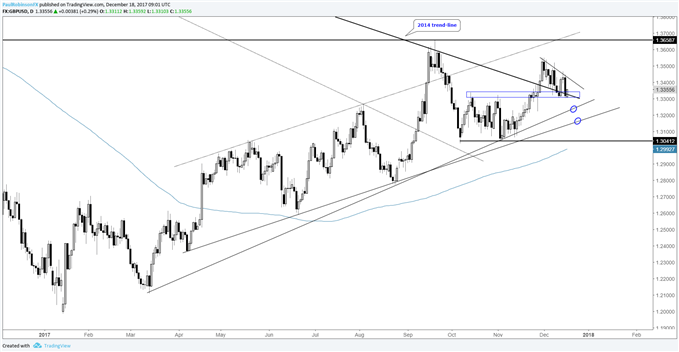 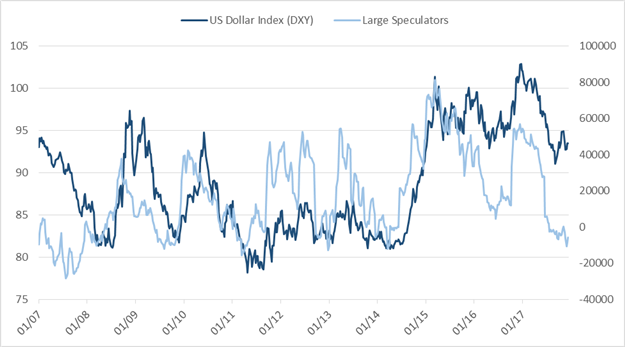 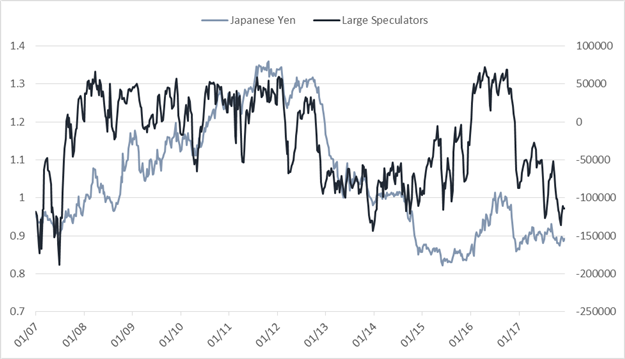 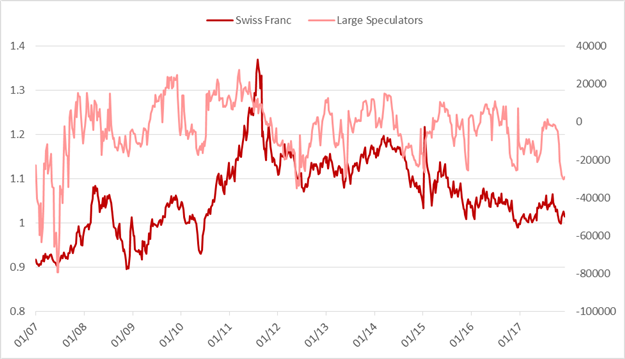 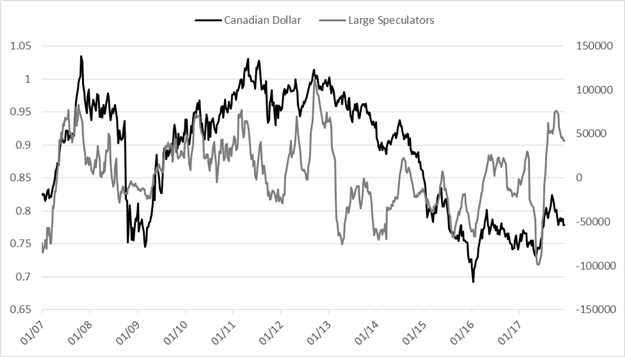 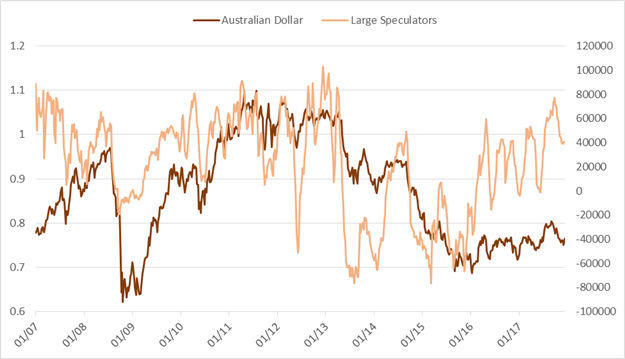 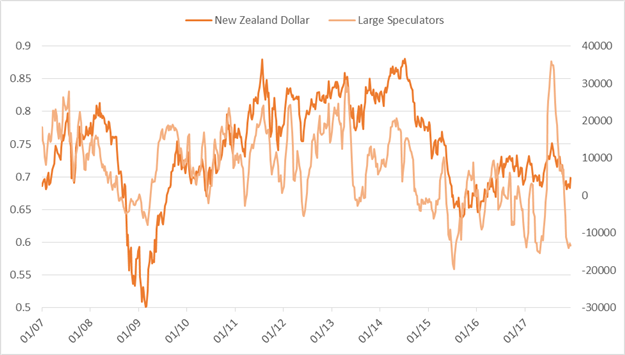 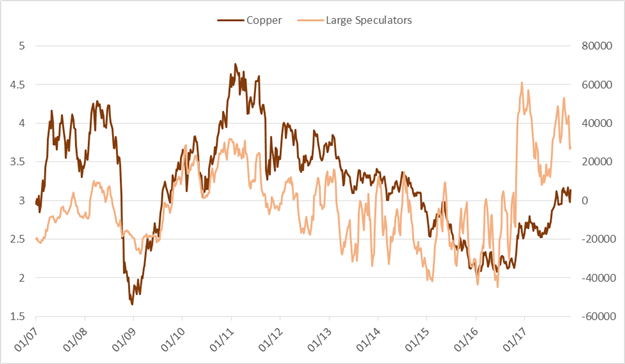 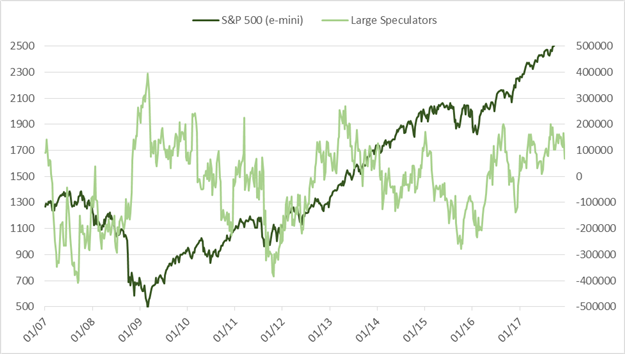