Every Friday the CFTC releases the Commitment of Traders (COT) report, showing traders’ positioning in the futures market as reported for the week ending on Tuesday. In the table below, we’ve outlined key statistics regarding net positioning of large speculators (i.e. hedge funds, CTAs, etc.). This group of traders are largely known to be trend-followers. The direction of their position, magnitude of changes, as well as extremes are taken into consideration when analyzing how their market activity could reflect future price fluctuations. 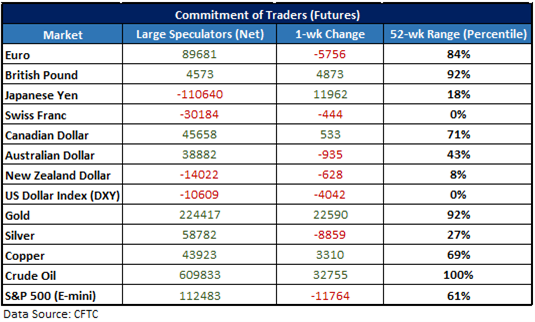 British Pound: Last week’s flip from short to long isn’t the first time recently large speculators have collectively established a long position, as they were first long in late-September for the first time since November 2015. However, with the breakout above the trend-line extending lower since 2014 over ‘Brexit’ and the September spike-high, and the small but positive positioning, a broader move higher could begin to grow legs. Not only does the small positioning indicate there is capital on the side-lines to be deployed, retail traders are becoming increasingly bearish (a bullish contrarian signal, for more check out the IGCS page). This combination suggests the recent breakout could soon bring more upside. Keep an eye on the September high at 13659 for a breakout towards higher levels. 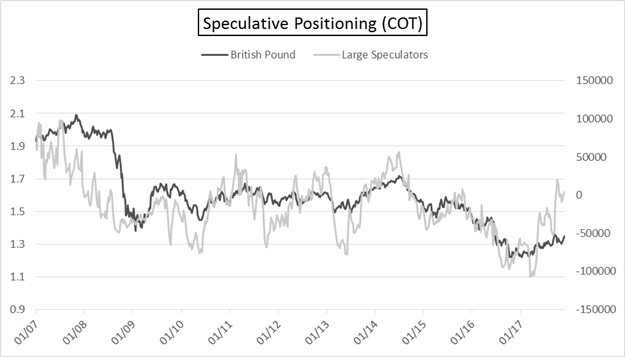 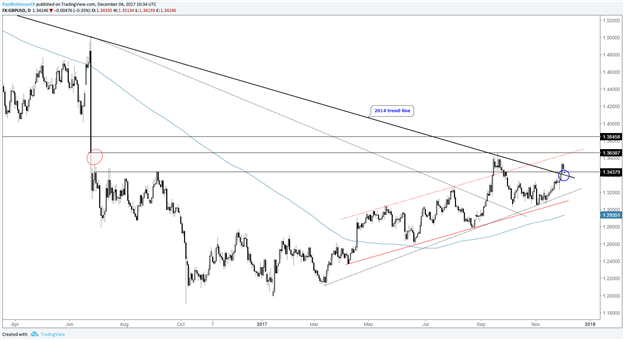 Gold & Silver: Last week we saw divergence between large speculators’ activity in the two major precious metals. Gold traders added to their net-long, while large traders reduced long exposure in silver. Silver fell on Tuesday, the last reportable day for Friday’s data release, so this in all probability helped further the divergence in activity; but it is still curious to see gold traders in total, for the week ending on Tuesday, add to their position. Last week we touched on silver looking postured for more selling on a breakout of a symmetrical triangle. Indeed it did and now gold looks poised to break a key trend-line rising up since December 2016 and the 200-day. A breakdown below the mid-1260s is viewed as a trigger to get gold start rolling downhill with silver. It may want to hang out for a bit longer and build its own symmetrical triangle, in which case a bearish break is still seen as likely, but waiting for a confirmed breakout first before leaning too hard one way or the other. 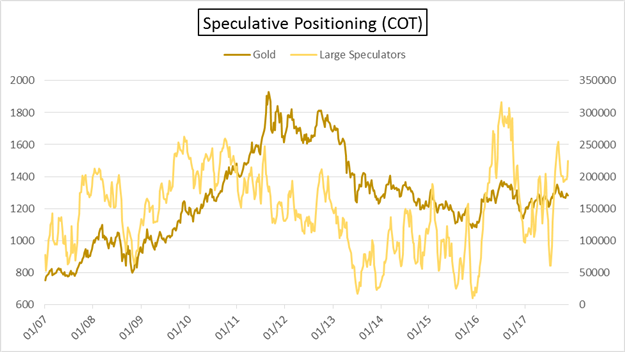 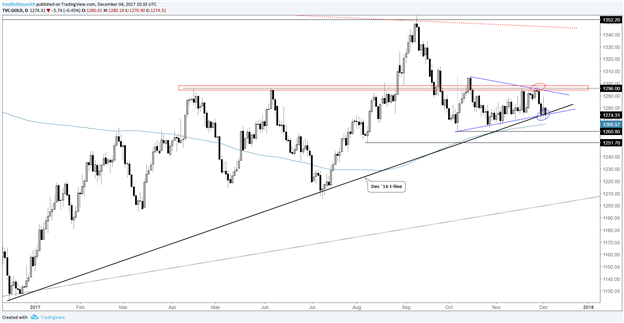 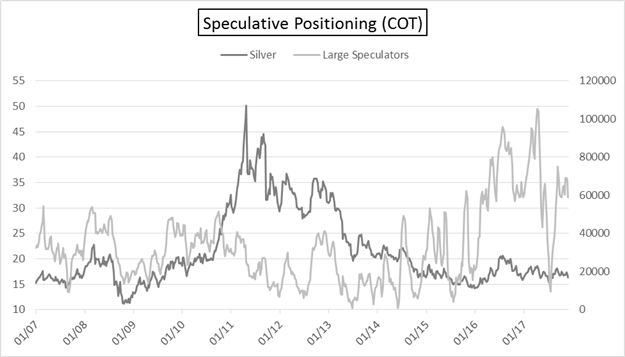 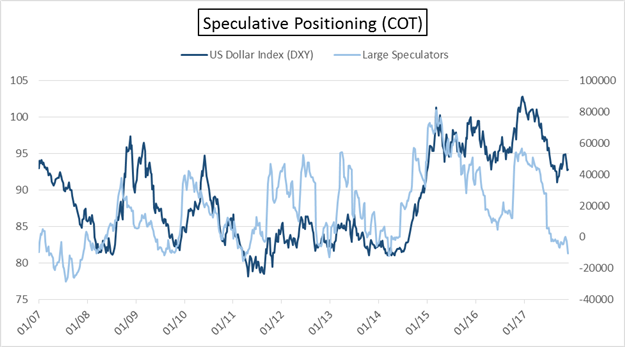 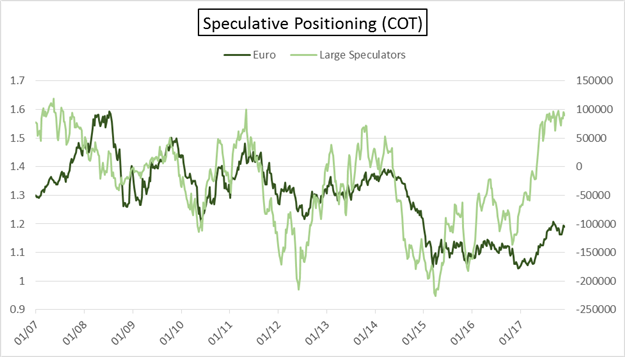 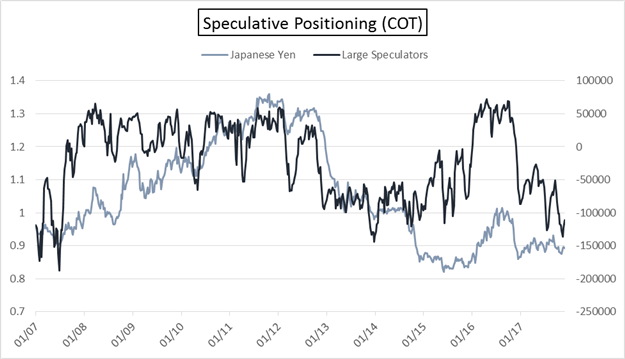 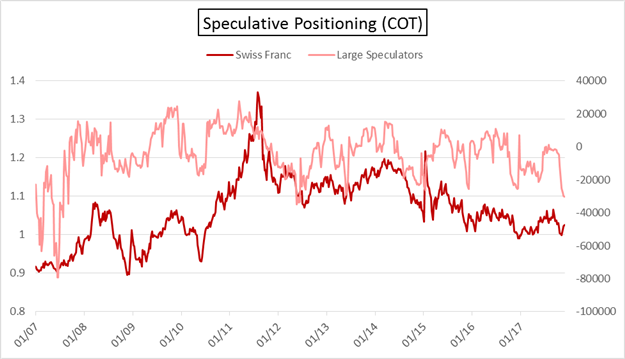 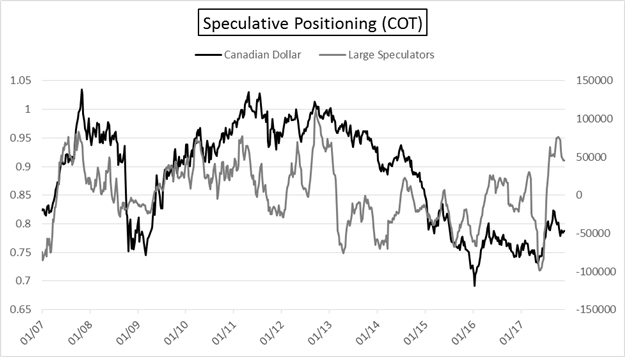 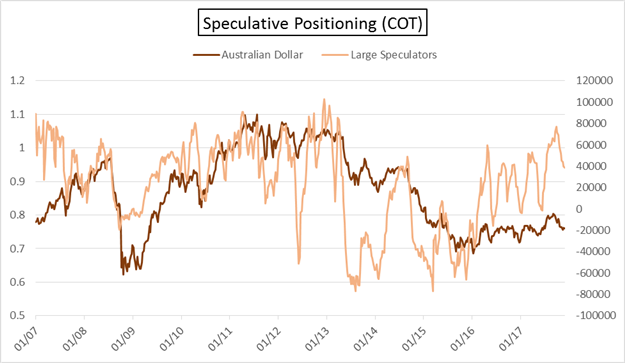 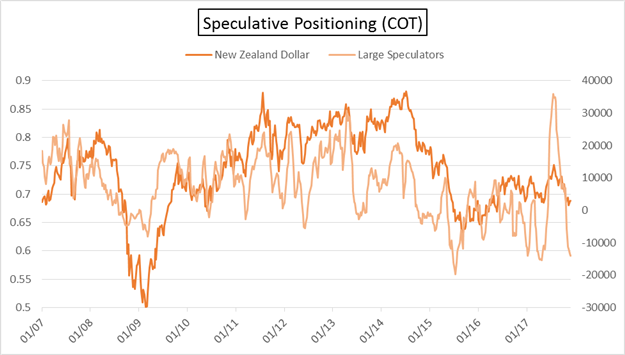 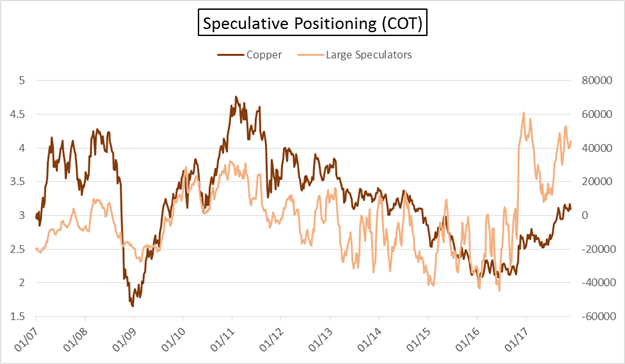 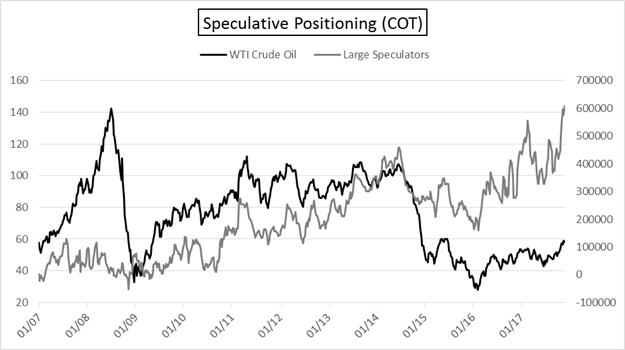 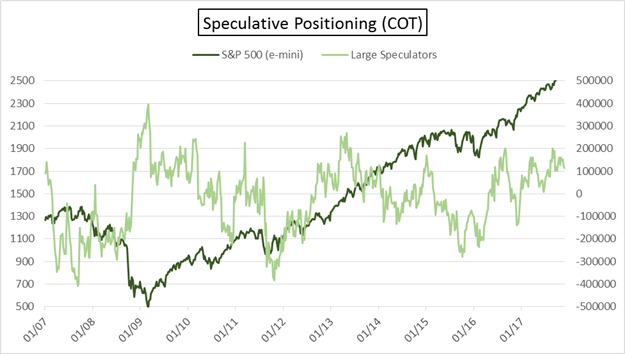