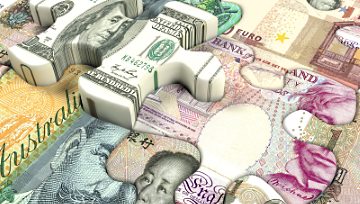 Typically, every Friday the CFTC releases the Commitment of Traders (COT) report, which shows traders’ positioning in the futures market as reported for the week ending on Tuesday. Due to a federal holiday on Friday, the most recent report was published yesterday. In the table below, we’ve outlined key statistics regarding the net positioning of large speculators (i.e. hedge funds, CTAs, etc.); also known to be trend-followers in regards to the type of trading strategies deployed. 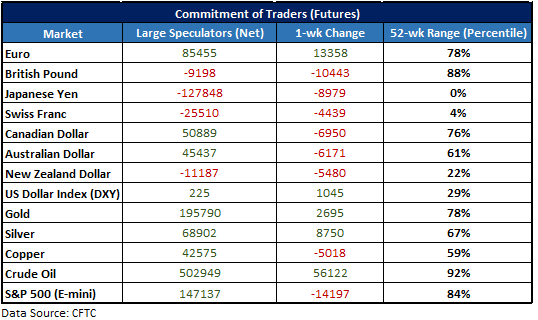 Japanese Yen: The total net-short position among large speculators is now the largest since January 2014. In fact, at nearly -128k contracts, net positioning has grown to one of the largest on record. While further adding of shorts is certainly a possibility, it does warn that should momentum begin to turn in the Yen the substantial build-up in shorts could fuel a turnaround. 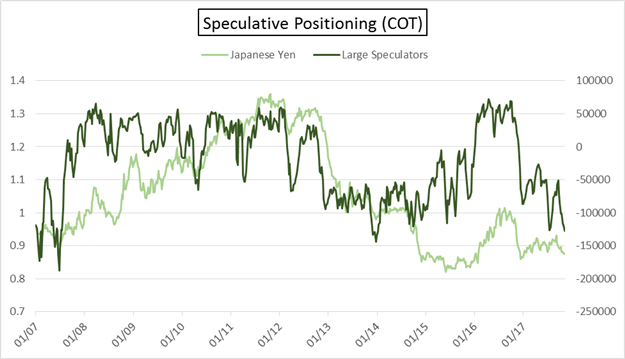 New Zealand dollar: Large specs have been net-sellers for over three months since building the largest long position on record. The unwind from long to short has been done-so in spectacular fashion as their positioning goes from record long speeding towards the record short position seen in 2015. At -11.2k there is room to go before reaching the -19.6k seen then, but at the recent rate of selling it could be there in the next few weeks if we don’t soon see a bounce. It appears that at some point we will see a sharp turnaround in kiwi based on the extreme move in positioning in such a short period of time, but until price action firms up, sellers will continue to have the upperhand. 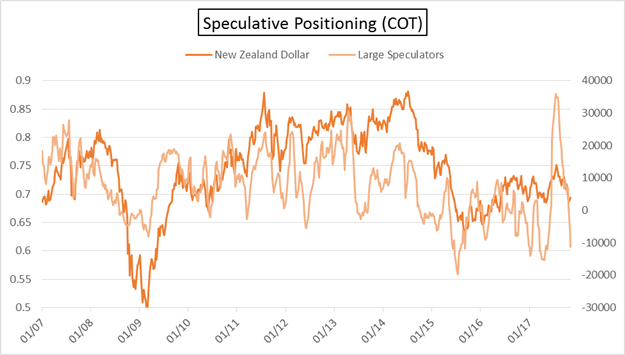 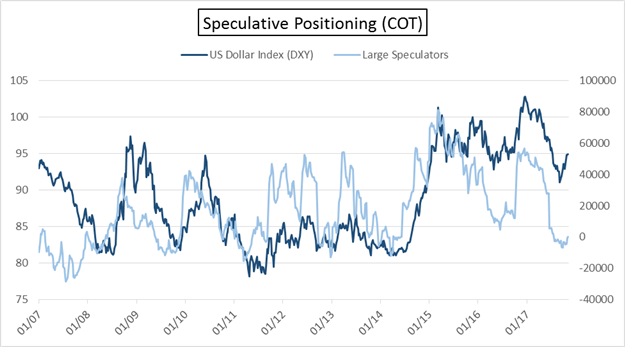 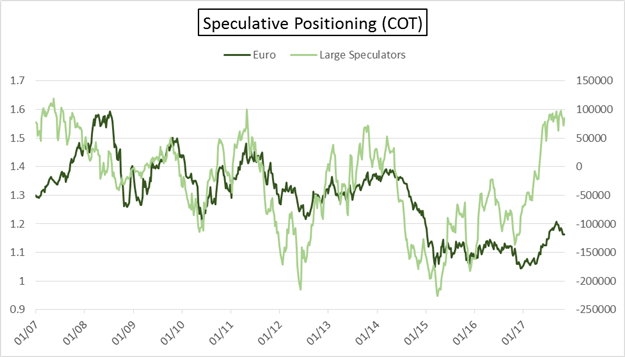 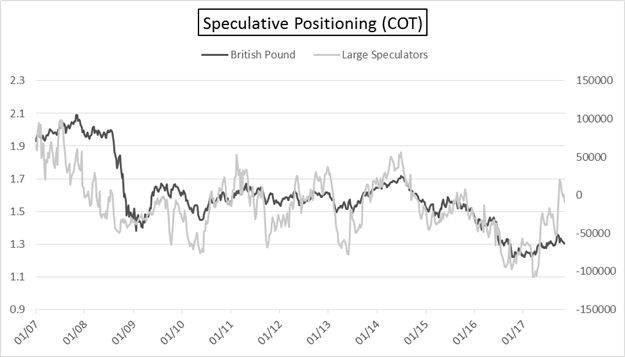 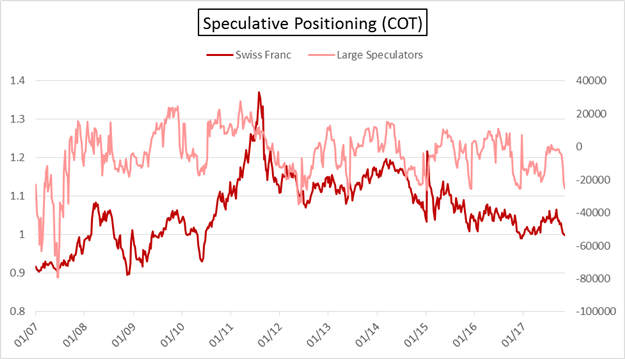 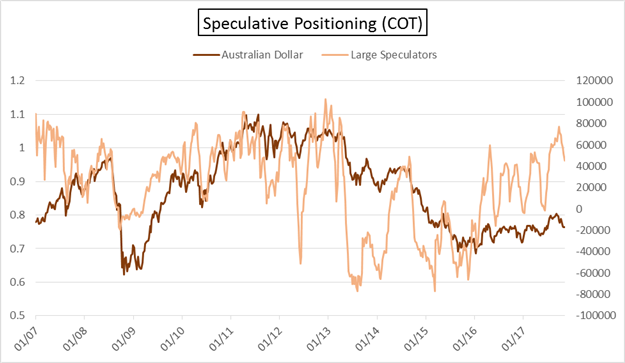 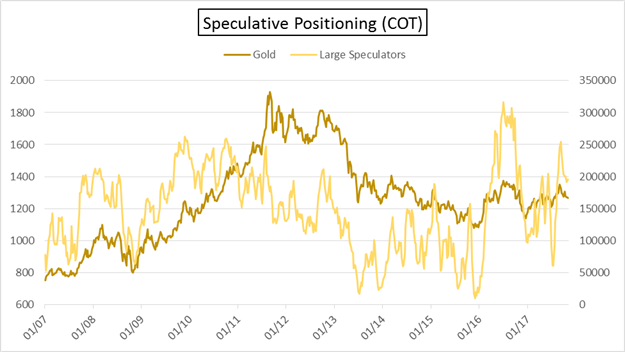 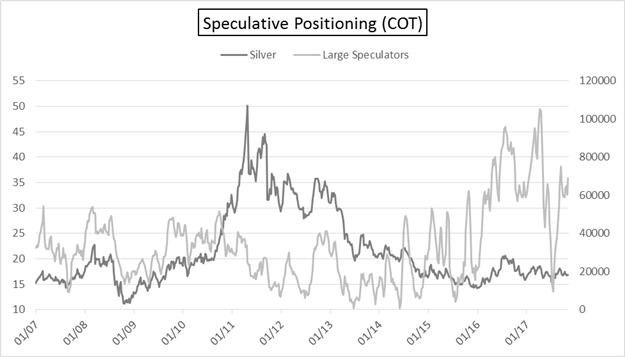 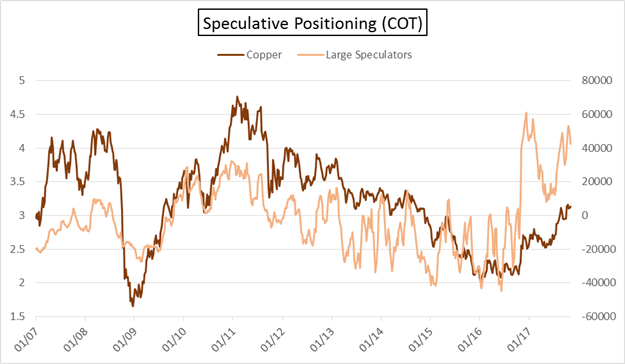 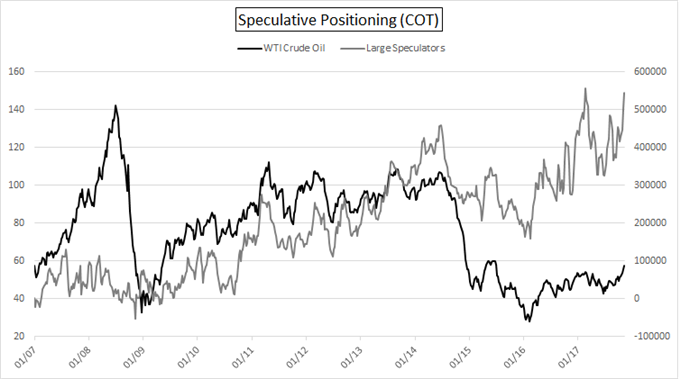 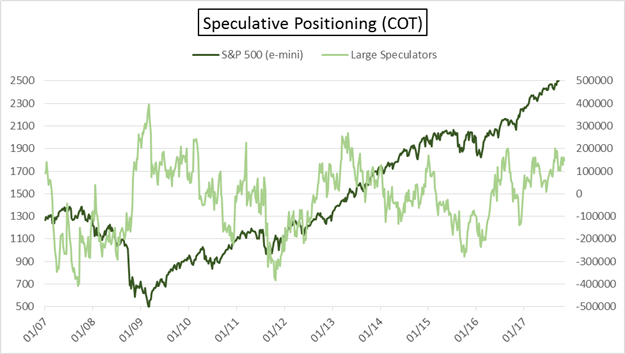