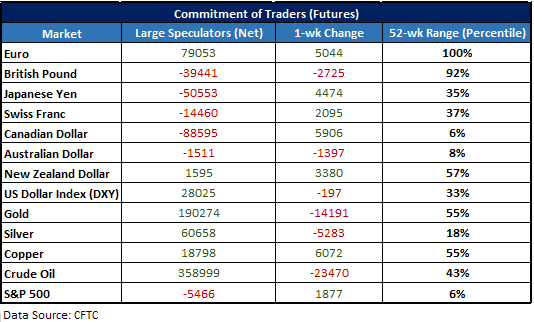 The COT report is an intermediate to long-term indication of sentiment – for a short-term view on sentiment, check out IG Client Sentiment data and our guide on how to utilize this metric.

The Commitment of Traders (COT) report is released each Friday, and it shows market positioning of futures traders as it stands for the week ending on Tuesday. In the table below are the net positions of large speculators (i.e. hedge funds, CTAs, etc.), the change from the prior week, and where the net position stands relative to its 52-week range.

Notable developments: Large speculators in the euro added to their net long position for a 6th week in a row, with an 8th week in a row of net positive change in positioning. Several weeks ago in a prior report, we discussed the successful track record of large speculators catching trends in the euro, but with their net long position extending further towards a historically high level there is reason to be cautious. The technical backdrop for the euro remains somewhat bullish, but if support down to near 11100 were to break there will be plenty of longs who could head for the exit and fuel a decline. 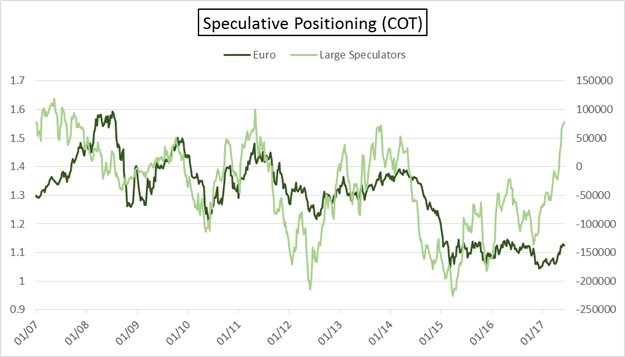 Large specs in gold unloaded a small piece of their rather large net long position during the recent reversal from above the all-important 2011 trend-line. While gold traders have been long for years, the recent net holding of over 200k contracts was the largest since November. With gold in a technically precarious position, trading back below the long-term trend-line, and plenty of sellers available; the yellow metal could be headed for a rough stretch ahead. 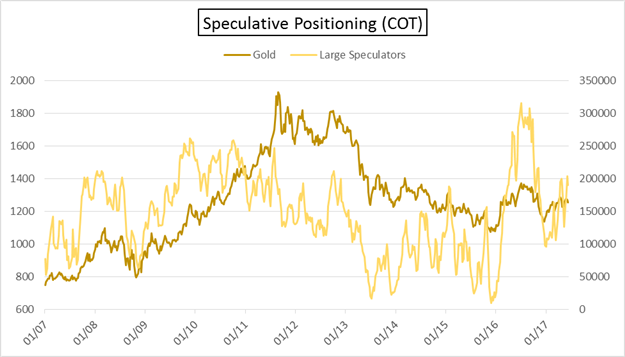 Large specs in silver also decreased their positioning, but recently there was a major unwind from a record long position reached in April. At just over 60k contracts, though, net positioning still sits in the upper bounds of what we’ve seen historically. 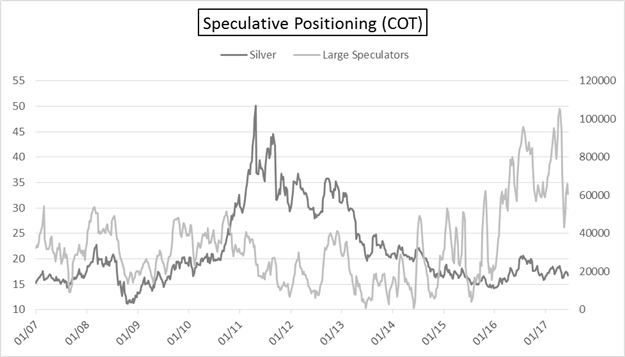 Crude oil specs, despite declining prices, added to their net long position for several weeks up until recently. The most recent report shows a 23k contract drop in net long exposure as oil continues its run of weakness. At 359k contracts it’s still a large position. The decline from record positioning in February at 557k contracts may be poised to continue, and with it lower oil prices for the foreseeable future. 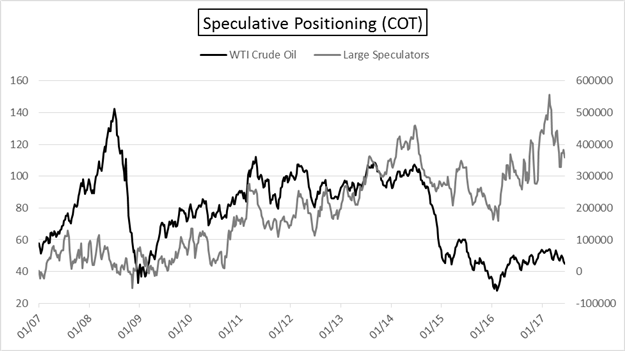 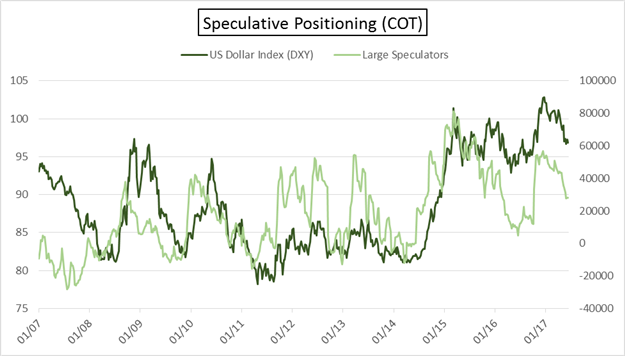 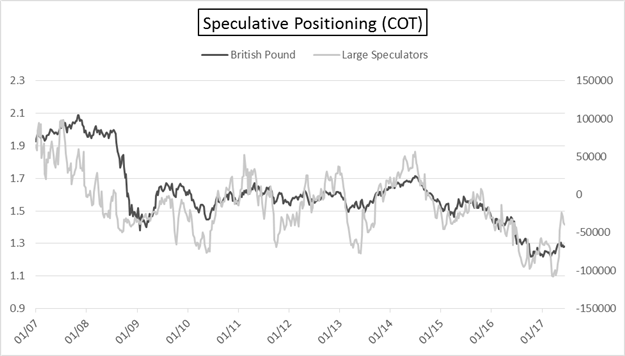 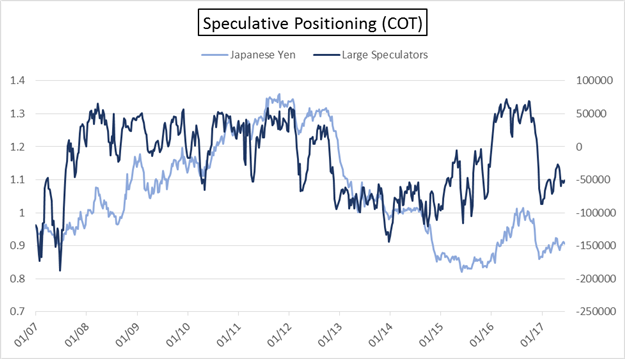 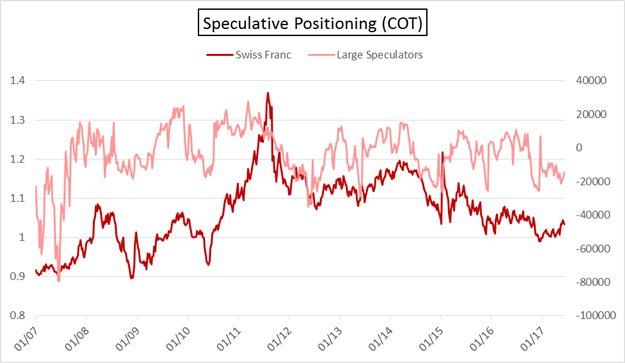 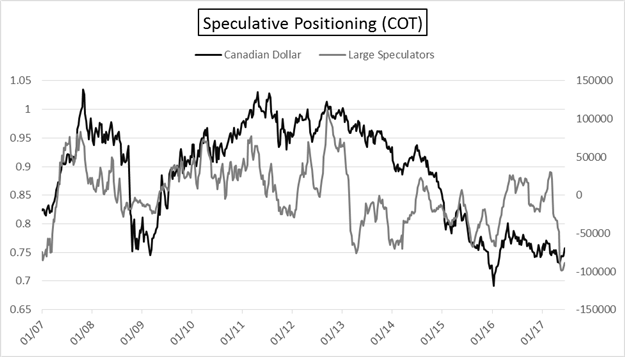 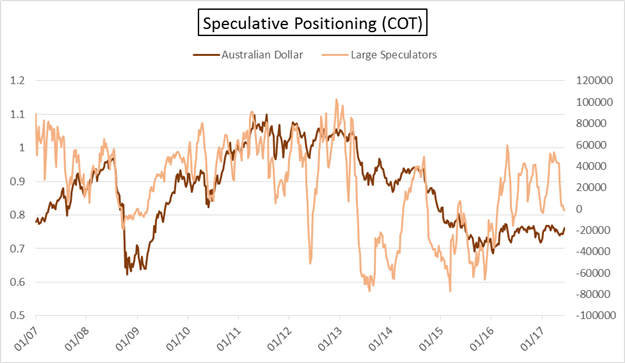 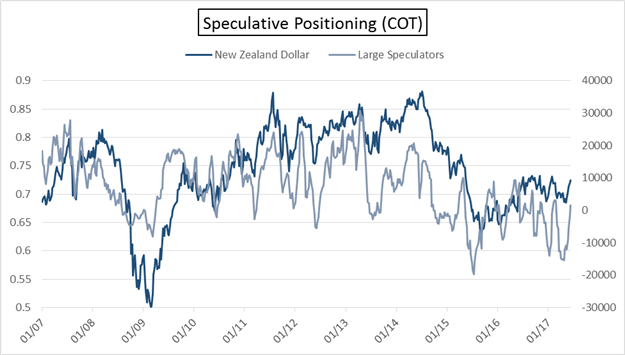 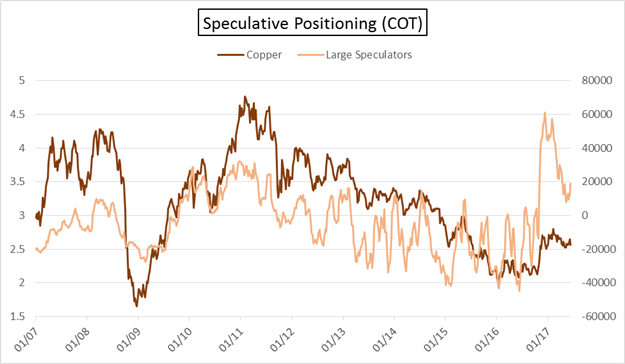