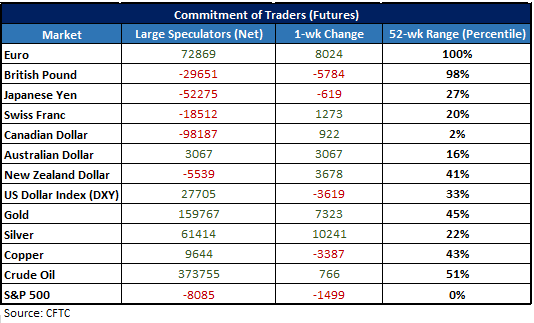 The Commitment of Traders (COT) report is released each Friday with futures market positioning as it stands on Tuesday that same week. Shown in the table below are the net positions of large speculators (i.e. hedge funds, CTAs, etc.), the change from the prior week, and where the net position stands relative to the 52-week range.

Notable developments: Euro traders continued adding to their net long position, which was established last month for the first time since May 2014. Last week marked the sixth consecutive week of positive change. As discussed a couple of weeks ago, over the long-term large speculators have a good track record of identifying important trends in the euro.

Following twelve consecutive weeks of adding to their Canadian dollar short position, large specs covered a small amount of their record position. The unwinding of longs paused in the Australian dollar, as the first increase in net long positions, albeit small, was seen following eight weeks of selling. After six weeks of short covering in the British pound, net short exposure was increased for the first time last week.

Given that the COT report comes out only once per week, and has a small lag in it, it is viewed as a longer-term indication on market sentiment. For a shorter-term view on sentiment, check out IG Client Sentiment data and the guide on how to utilize this metric in your analysis. 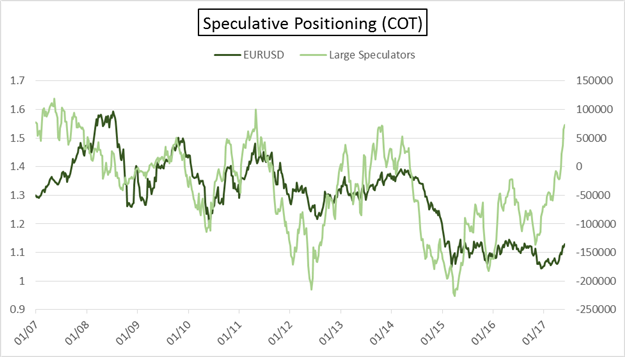 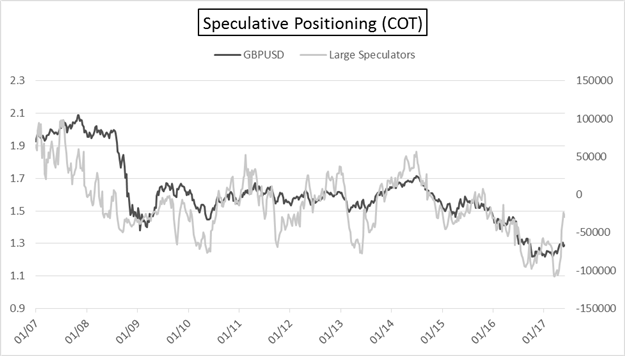 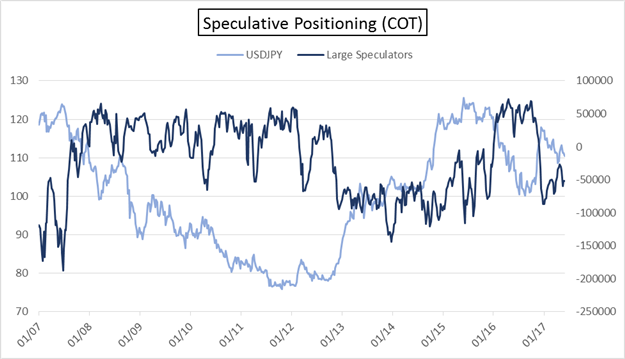 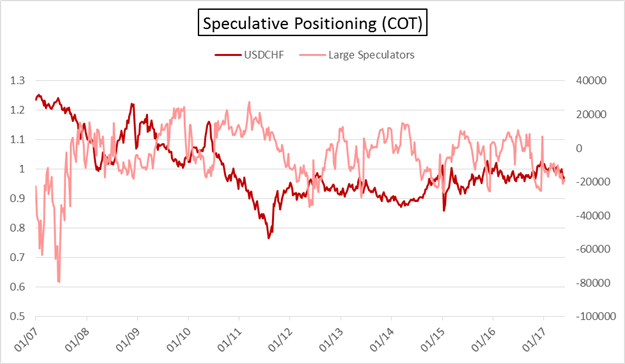 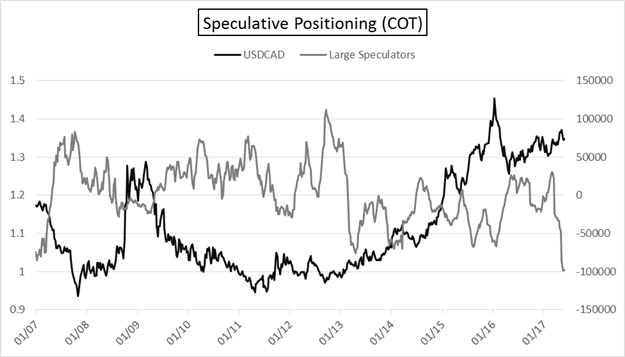 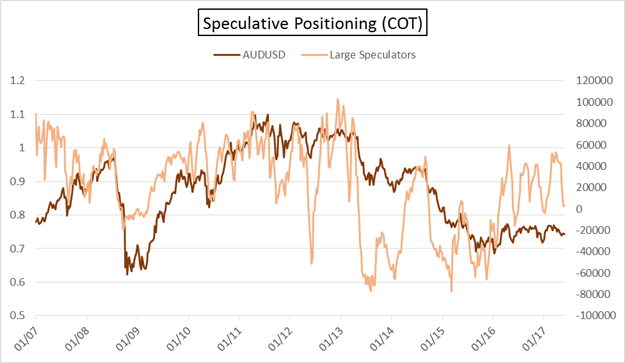 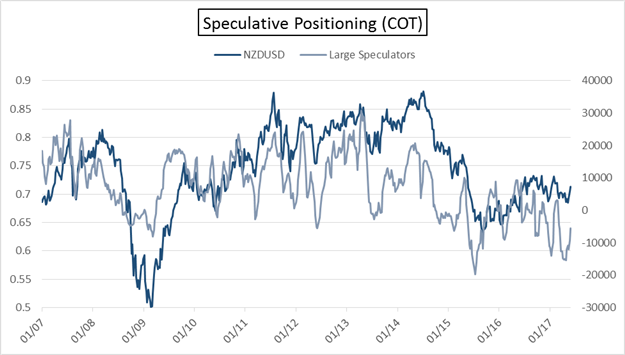 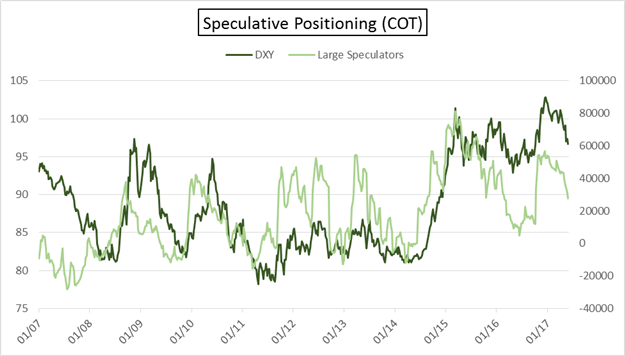 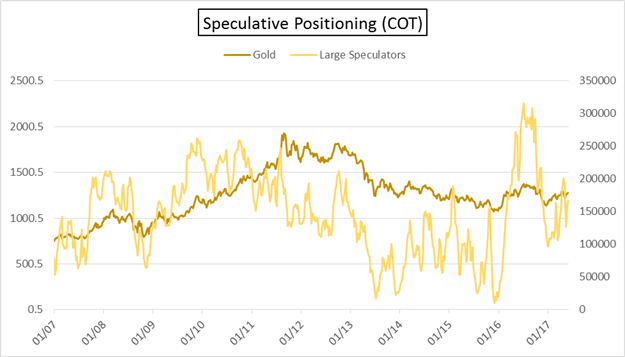 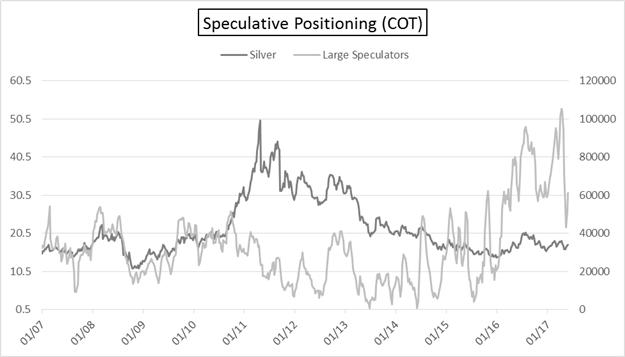 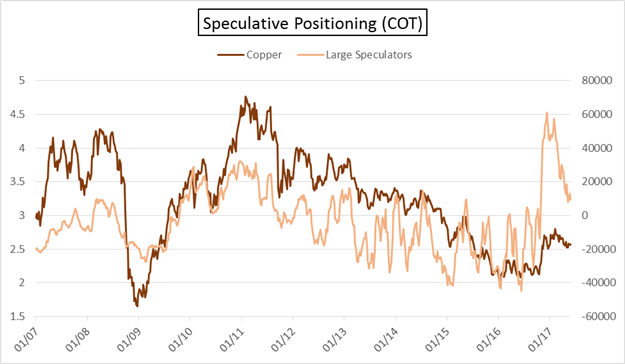 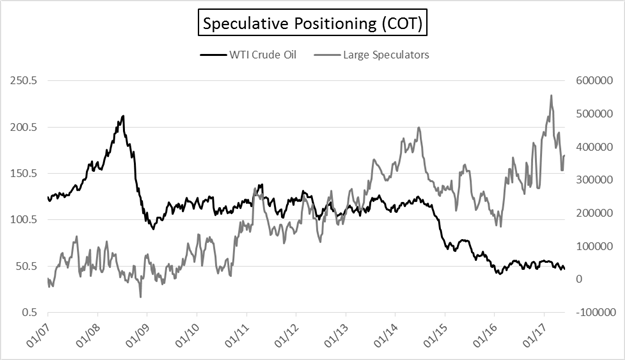