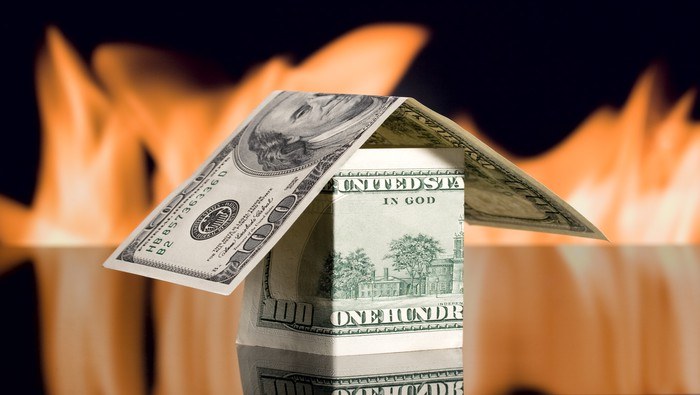 During Powell’s press conference, the S&P 500 managed to extend daily gains after the central bank chief said that another unusually large increase in borrowing costs will depend on data. This means that the Fed could slow the pace of rate hikes if macro developments were to improve, especially on the inflation front. With oil and gasoline prices sharply down in recent weeks, CPI numbers could moderate between now and the September FOMC meeting, giving policymakers leeway to be less aggressive in terms of tightening.

Immediately after the FOMC decision was released, the S&P 500 whiplashed, but held onto daily gains without a fundamental change in market direction. Meanwhile, the U.S. 2-year Treasury yield stayed around pre-decision levels (3.05%), as policymakers failed to deliver any new hawkish bombshells, even though the central bank maintained the same forward-guidance from previous months. Stay tuned for Powell’s comments.

The Federal Reserve took another aggressive step in the fight against rampant inflationary forces at its July monetary policy meeting. At the end of the two-day gathering on Wednesday, the U.S. central bank voted by unanimous decision to raise its benchmark interest rate by three-quarters of a percentage point to a range between 2.25% and 2.50%, matching the June’s increase and meeting consensus expectations.

After today’s front-loaded adjustment, the FOMC has delivered a total of 225 basis points of tightening since March, embarking on one of the most hawkish normalization cycles in decades, between the rate increases and the shrinking of the balance sheet. The assertive measures implemented to date also represent a clear signal that policymakers remain resolute in their pledge to restore price stability and are willing to tolerate some economic pain to fulfill the elusive part of their dual mandate: achieving an inflation rate that averages 2% over time.

When the Fed withdraws accommodation via conventional and unconventional tools, borrowing money becomes more expensive for consumers and businesses, a situation that reduces aggregate demand in the economy. Weaker demand, in turn, puts downward pressure on overall prices, allowing inflation to moderate.

Although the FOMC has lifted rates several times and has begun trimming the size of its portfolio to cool things down, lowering inflation from such elevated levels may ultimately require a sharp rise in unemployment and a recession, at least according to the historical playbook. While overall financial conditions have become unmistakably less supportive of growth in recent months, the jobless rate has barely budged, suggesting that there is still work to be done in terms of monetary tightening to rein in four-decade high CPI readings (9.1% y-o-y in June).

It May Interest You: How Do Politics and Central Banks Impact FX Markets?

The FOMC communique took a less optimistic view of the economy than last month, warning that indicators of production and spending have softened, although concerns about the slowdown were offset by positive comments that the labor market remains robust.

On consumer prices, the Fed noted that CPI continues to be high, reflecting higher energy costs and supply and demand imbalances, noting that the bank remains attentive to inflation risks.

On the monetary policy front, the FOMC retained the same forward-guidance as previous statements, indicating that ongoing increases in the target range will be appropriate. This suggests that policymakers will raise borrowing costs above the neutral level, which is believed to be around 2.5%, and into restrictive territory in the coming months.

With the July FOMC meeting in the rearview mirror, all eyes will be on the U.S. gross domestic product data to be released on Thursday morning. While this is a backward-looking report, it can offer valuable insight into consumption and how U.S. households are holding up in the face of sky-high inflation and falling real incomes.

Second-quarter GDP is expected to expand 0.5% on an annualized basis, following a 1.6% drop during the first three months of the year, although several Wall Street financial firms anticipate another contraction. Two consecutive quarters of negative GDP growth is informally referred to as a technical recession, but the National Bureau of Economic Research (NBER) has a broader description.

For NBER, “a recession involves a significant decline in economic activity that is spread across the economy and lasts more than a few months”. With the labor market still generating jobs at a solid clip and the first quarter GDP contraction explained by inventories and the external, the U.S. economy may not yet be in recession by the government's definition.