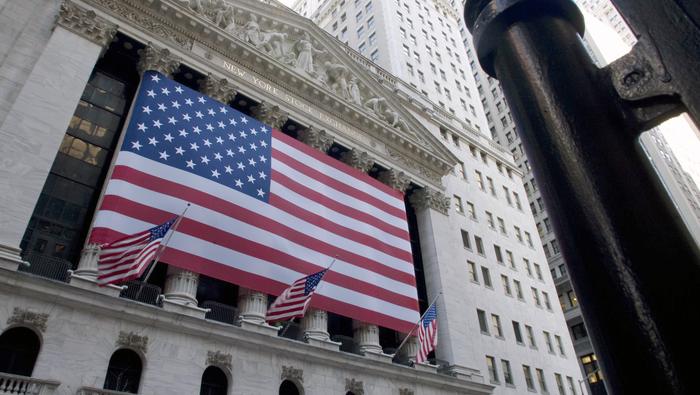 S&P 500 Stretches Toward 4000 as Earnings Come Into Focus

Equities pushed higher on Thursday as better-than-expected corporate earnings continue to bolster sentiment. While economic data continues to worry many, earnings this week from tech heavyweights Netflix and Tesla have eased fears over an impending crunch on corporate profits. While the bar was extremely low for Netflix, the beats relative to what the street expected saw shares break back through $200. Tesla beat top and bottom line forecasts after the closing bell on Wednesday, with shares gaining by more than 9% during Thursday’s session. The recent rally has seen the S&P 500 bounce roughly 9.6% off the June lows, as tech outperformance (a familiar theme) continues to pull the market higher.

While Tesla and Netflix soared after earnings, numerous S&P 500 names have come under serious pressure. AT&T tumbled roughly 10% after slashing free cash flow guidance for the year, while airline companies American and United both sold off on disappointing results. With nearly 20% of the S&P 500 having reported quarterly results, just 71% have recorded earnings beats. This sits below the FactSet 5-year average of roughly 78%. Eyes now turn to Snapchat, which is set to release results after the closing bell on Thursday.

Stocks had been initially lower in premarket trade, as the European Central Bank (ECB) announced its first rate hike in 11 years. The ECB opted for a larger-than-expected hike of 50 basis points, while most economists forecasted just a 0.25% increase. ECB President Christine Lagarde had indicated at the last meeting of the Governing Council's intention to raise by 0.25% in July, but surging inflation caused the central bank to abandon its forward guidance. For more on this morning’s ECB meeting, please click here. 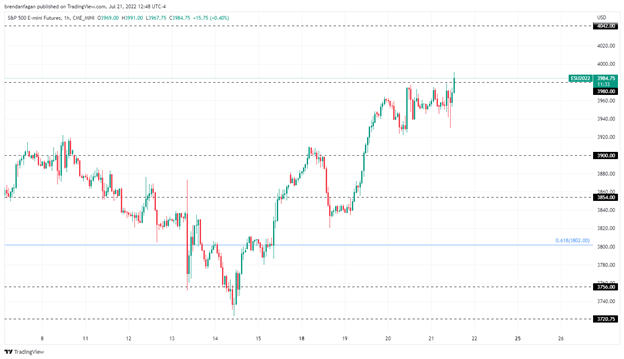 S&P 500 futures (ES) roared into life after the opening bell in New York, with markets initially trading lower in the premarket following this morning’s ECB meeting. The momentum has been strong of late, with 3720 turning out to be a launching pad for the index. The S&P 500, along with the broader market in general, has been able to shrug off a deluge of headwinds recently during this relentless move higher.

Thanks to the recent rally, we appear to be approaching a key inflection point around the 4000 psychological threshold. The test of that area coincides with a major risk event, with the July FOMC meeting next Wednesday. While bets for 100 bps have certainly cooled, it surely cannot be ruled out. Central banks have moved lately to frontload hikes, as evidenced by the ECB this morning or the Bank of Canada doing 100 bps just last week.