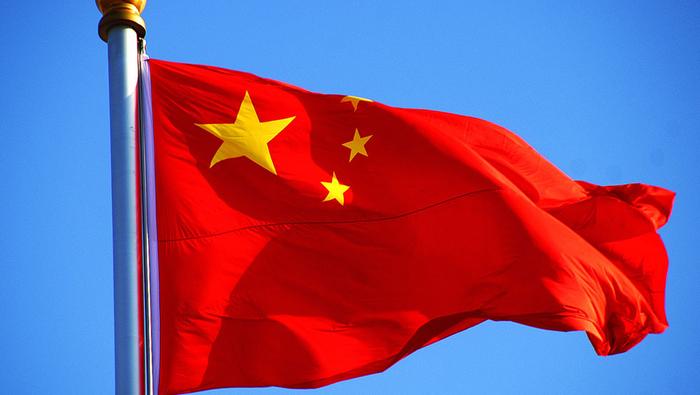 Another wave of selling across risk assets as markets continued to digest last week’s hawkish Fed commentary. This in turn prompted some investment banks (Nomura) to forecast a 75bps Fed hike in the coming months. Now while this is a theme we expected to hit equities heading into the May FOMC meeting, there is an additional risk to global markets, which has somewhat exacerbated recent price action. That is sizeable sell-off in the Chinese Yuan over the past week, where the Yuan posted its largest weekly drop vs USD since the 2015 devaluation. In turn, this has seen Chinese exposed indices (FTSE 100 and DAX) underperform against rate sensitive indices (Nasdaq 100).

Biggest Rise in USD/CNH Since 2015 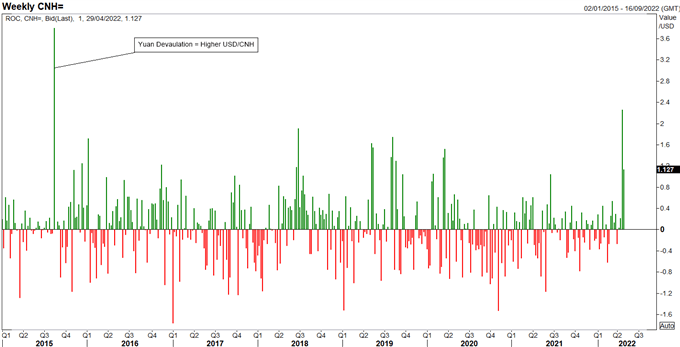 There are several factors at play here for the Chinese Yuan. Firstly, China continues to operate with a zero-covid policy, which could see Beijing come under Shanghai style lockdown measures amid reports of positive cases in suburban districts. Additionally, the move in global bond yields, in response to central bank tightening, particularly in the US has seen the 10yr benchmark eclipse the Chinese 10yr for the first time in over a decade, raising China outflow risks. Meanwhile, surprisingly softer than expected Chinese Yuan fixings has raised questions whether Chinese Officials are in preference for a softer FX currency. 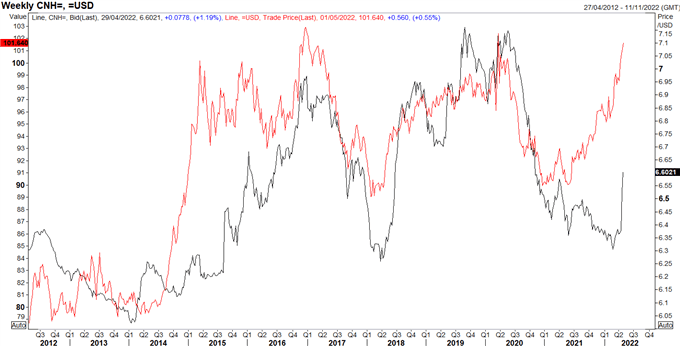 To me, this is starting to feel much like 2015 and to some extent late 2021 (during the Evergrande debt concerns), where interest in the Yuan fixing (released 02:15AM BST) soared. Ultimately dictating market sentiment. Therefore, should we see Chinese Officials post a firm Yuan fix, this would ease some market nerves over how much softness will China allow for the Yuan.

Reminder, tomorrow is Tuesday and given the pullback in equities since Thursday. Don’t be surprised of another Turnaround Tuesday.

Two Weak Currencies Battling it Out

EUR/GBP has not exactly been the most exciting cross in recent times. With little reasons to be bullish on either currency, the cross has predominantly been a range trade. That said, for those who like their technicals we are approaching the 200DMA which has been key in capping upside. A change in the range trade view would be confirmed on a break above 0.8520. However, for those looking for the range to be maintained, then the 200DMA offers an area to fade. 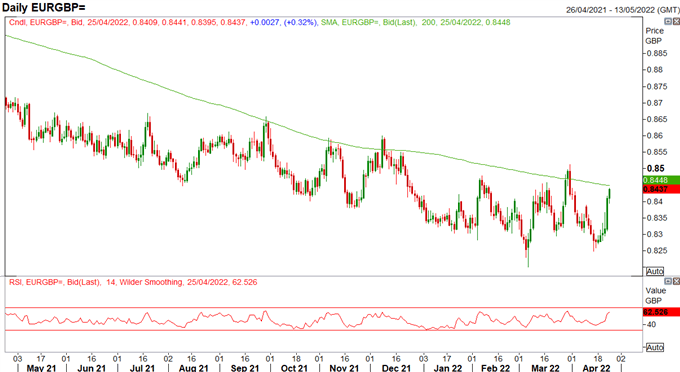