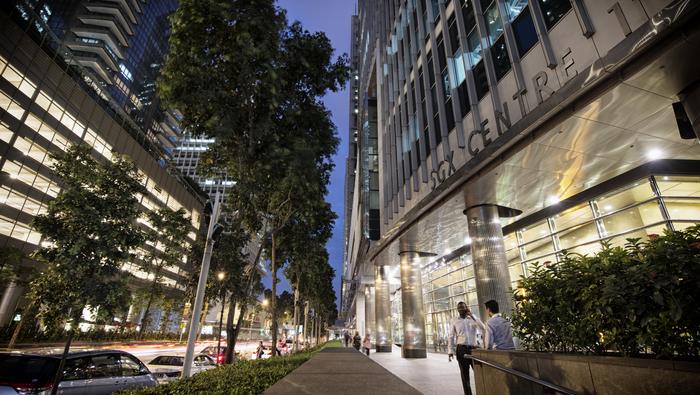 The Singapore Dollar soared after the Monetary Authority of Singapore (MAS) tightened policy at its semi-annual announcement. Unlike most central banks that manage economies by using short-term lending rates, the MAS uses the exchange rate as its main mechanism. This is due to the city-state’s reliance on trade and the inherent limitations of the impossible trinity.

In April, the MAS re-centered the currency band higher and raised the slope slightly. One could compare this to the equivalent of the Federal Reserve raising borrowing costs. The goal is to strengthen the Singapore Dollar and tame inflation. A more expensive SGD would in theory bring down costs of buying goods abroad as those wishing to purchase from Singapore risk seeing higher costs, all else being equal. The latter could shift prospective buyers elsewhere, perhaps slowing the economy and inflation.

The monetary authority noted that core inflation estimates are at a ‘significantly higher level than average’. Specifically, core prices are estimated to rise 2.5 – 3.5%, which is higher than the 2 – 3% range seen in January. CPI all-items estimates increased to 4.5 – 5.5%. On a side note, this was the first time the MAS had to use its two tools simultaneously for the first time since 2010.

Will the Singapore Dollar continue appreciating? At times, USD/SGD can find itself closely following the swings in Emerging Market sentiment. In early March, the MSCI Emerging Markets Index (EEM) found a bottom alongside the S&P 500, rising 14.6%. During this time, SGD held its ground despite rising Treasury yields. With Fed quantitative tightening just around the corner, a reintroduction of market volatility risks derailing upside progress in the Singapore Dollar and traders ought to proceed with caution.

On the daily chart, USD/SGD is on track for its worst drop in 5 weeks. This is bringing the pair to a near-term rising trendline from February. Breaking under the latter may shift the outlook increasingly bearish, placing the focus on key support at 1.3522. Subsequently falling under the point exposes lows from February. On the other hand, turning higher on the trendline may see the pair revisit the 1.3657 – 1.3687 resistance zone. 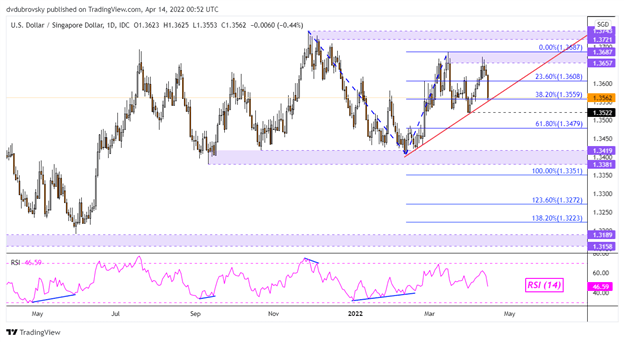