Earlier today Australian retail sales smashed estimates of a 1% increase on the January figure, coming out at 1.8%, resulting in a 9.1% year on year increase for the month of February. Easing cautiousness around Covid resulted in a return to cafes and restaurants as well as department stores and the general clothing sector, rising 9.7% and 11%, respectively, from January.

However, the impressive retail sales shouldn’t hide the fact that consumers are facing an uphill battle as fuel-induced inflation threatens disposable incomes. Earlier today the Australian government announced temporary, targeted and responsible cost-of-living relief. Among the measures is a once off cash payment for pensioners, a temporary cut in fuel taxes and infrastructure spending. Such measures are likely to be welcomed by the public as Prime Minister Scott Morrison prepares for a potential second term in office after the May general elections.

The Aussie dollar has put in a phenomenal performance against the US dollar during 2022 thus far which is even more impressive when you consider that the dollar has been surging due to its safe-haven appeal and prospect of rate hikes at every scheduled meeting this year.

Currencies vs the US Dollar – Highlighting AUD Strength 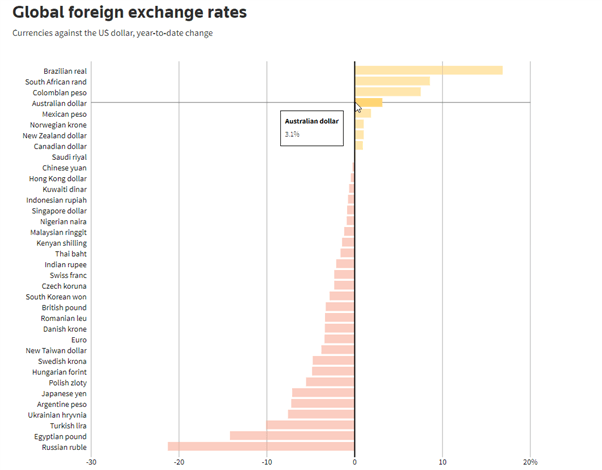 Despite this, the latest speculative sentiment data from large hedge funds and other reportable institutions show overwhelming short positioning for AUD. Interestingly enough, the net-short status has remained throughout the AUD’s recent rise, keeping the door open to lower AUD valuations. 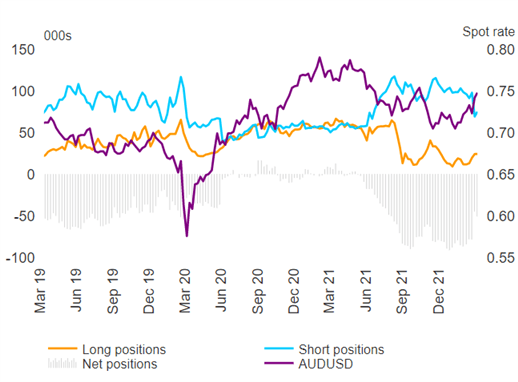 Recommended by Richard Snow
What Do Other Traders' Buy/Sell Bets Say About Price Trends?
Register for Webinar
Join Now
Webinar Has Ended

Additionally, a significant amount of the Aussie’s recent strength can be attributed higher trending commodity prices, mainly iron ore, coal and petroleum gas. Taking a look at the Australian Commodity Price Index, there has been a turn lower, around the prior high, which points to the possibility that commodity prices may have peaked.

If we are witnessing a slowdown and possible peak in Australian commodity prices then a view to the short side of AUD/USD should be considered. Indeed, further consideration is required before issuing any bearish guidance but looking at the daily chart of AUD/USD there has been a number of candles exhibiting long upper wicks ahead of the prior high of 0.7555 - suggesting a rejection of higher prices.

The RSI approached overbought conditions and appears to have turned lower just before breaching overbought status. The ‘tripwire’ to the short side of AUDUSD appears at 0.7440, this is the first test of bearish momentum in an attempt to try rule out a mere bearish pullback. For intra-day moves, keep an eye on the mid-line of the ascending channel for a potential move lower.

Should AUD/USD continue the bullish trend, a reattempt of the 0.7555 level should emerge. 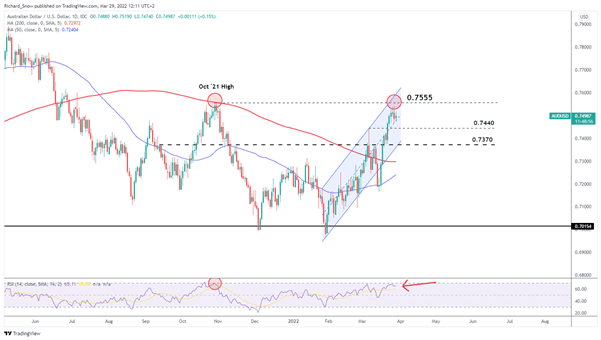