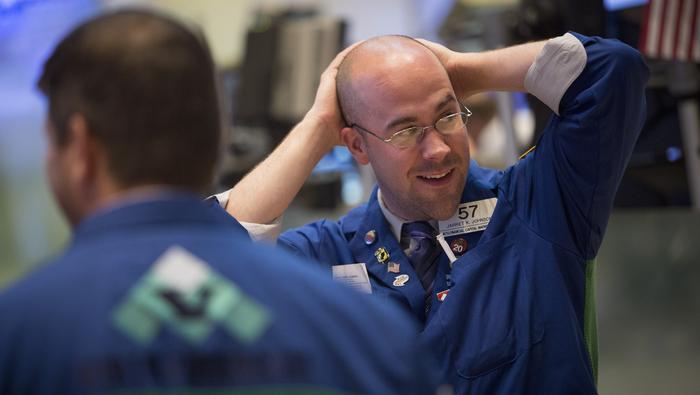 DAX 40 and FTSE New and Analysis

European equities have been particularly hard hit amidst the Ukraine invasion and could get worse as trading continues on Friday ahead of the weekend. Last week Friday the picture was looking a lot rosier for equities after ongoing Russia-Ukraine talks were viewed favorably by the market, despite the fresh rollout of US and EU sanctions, with the expectation that we had reached ‘peak shock’. The situation appears very different just a week later.

Today, markets are reacting to a nuclear scare as a fire broke out in a building at the site of Europe's biggest nuclear power station, located in Ukraine. The fire is reported to be contained and there are no signs of elevated levels of radiation. The fire looks to have been to the result of tense fighting in the area this morning.

FTSE on Track for Worst Week in Over a Year, Eyes 7000

Just prior to the invasion of Ukraine, the FTSE was outperforming other major equity indices which had cooled off due to increasing speculation of rate hikes in an attempt to manage runaway inflation. In theory, rate hiking cycles result in lower equity prices, particularly the tech heavy growth stocks which benefitted the most form the recent period of ultra-low interest rates. In January, the FTSE benefitted from being relatively light on tech stocks and strengthened while US tech-heavy equities declined from the all-time high.

The conflict in Ukraine has led to a downward revision of prior hawkish rate hike bets as the spillover effects of the war on the UK remain cause for concern. Price action trades lower compared to yesterday when ITV and Russian-linked Polymetal International led losses.

FTSE has sold off drastically throughout the London AM session, approaching the psychological level of 7000. This has been a key level historically, as seen in the weekly chart, as it has supported the FTSE on numerous occasions. However, in such volatile markets, key levels of support and resistance are more susceptible to breaks and should 7000 fail to hold, 6829 and 6640 become key in attempting to keep the sell-off at bay. 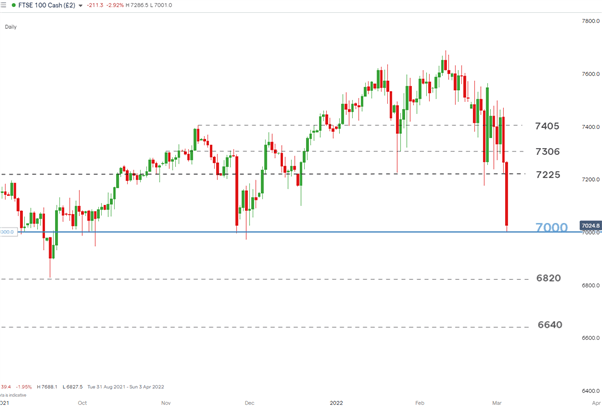 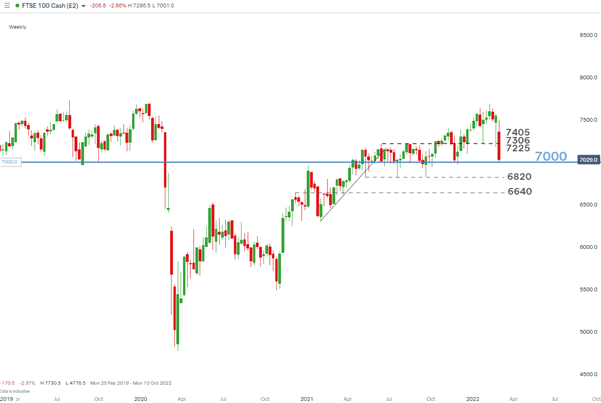 DAX 40 Plummets Ahead of the Weekend

DAX price action since the turn of the new year makes the FTSE’s recent decline appear tame. The DAX 40 Index has declined just shy of 20% since the November 2021 high with little sign of reprieve while the FTSE has only dropped around 9% since its 2022 high.

The DAX first showed signs of serious short-side vulnerability on the 24th of February when price action dropped to 13800 and shot back up, trading significantly higher the very next day (last Friday). Since last Friday, we have witnessed a 10% drop in a single week. 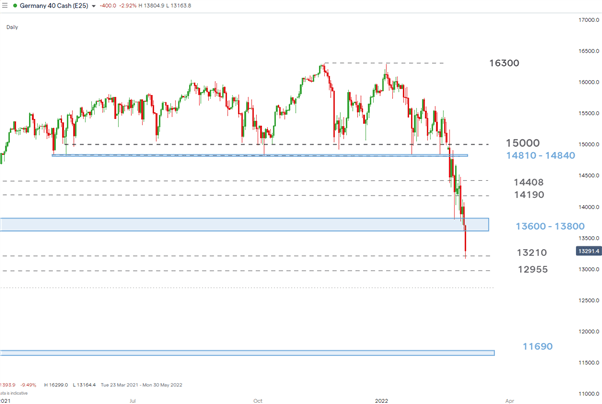 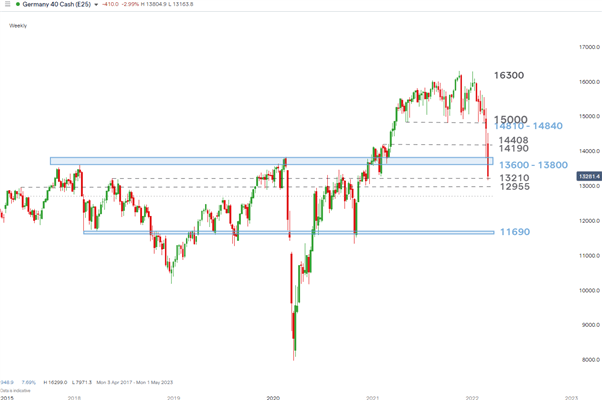