In the latest reporting week to February 15th, net longs in the US Dollar fell for a 5th consecutive week to total $7.38bln, marking the smallest bullish bet in the greenback since August. The lack of speculative inflows somewhat underscores the dollar’s rather tame reaction to the recent repricing in the Fed’s outlook over the past month. Among factors that have been behind the softer greenback has been the continued deterioration in the equity space, particularly with outlows stemming from the tech sector. That being said, while the USD should find marginal support from the escalation in Russian-Ukraine tensions, the Japanese Yen or Swiss Franc would be a better option for playing the safe-haven trade.

Elsewhere, speculators increased exposure to the Pound by $900mln, prompting a flip in positioning from net short to net long. The most recent slew of UK data highlights ongoing inflationary pressures, alongside a recovery in growth, which in turn validates market pricing for continued rate hikes. Now while this is likely to see the Pound retain a bid, the main focus in the lead up to the March meeting, is whether the Old Lady raises rates by 25 or 50bps, I lean towards the former, given that much of the data thus far has remaining in lean with the Bank’s February outlook.

Despite the Euro’s vulnerability to the conflict between Russia and the Ukraine, this has not derailed speculative demand for the single currency as net longs grew by an additional $1.2bln. It seems like a long time since the hawkish pivot from the ECB and while initial Euro longs have been squared, once the geopolitical tensions ease, the bias remains for a higher Euro. The fact that the ECB has been talking up rate hikes has been a rarity over the last decade and this will be an important theme for asset manager flows over the medium term with a look towards 1.16-1.17. 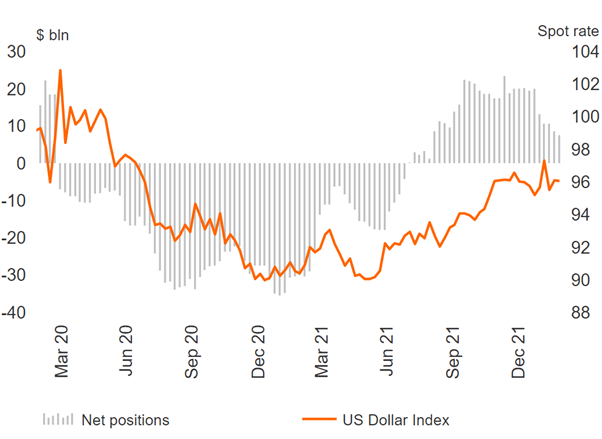 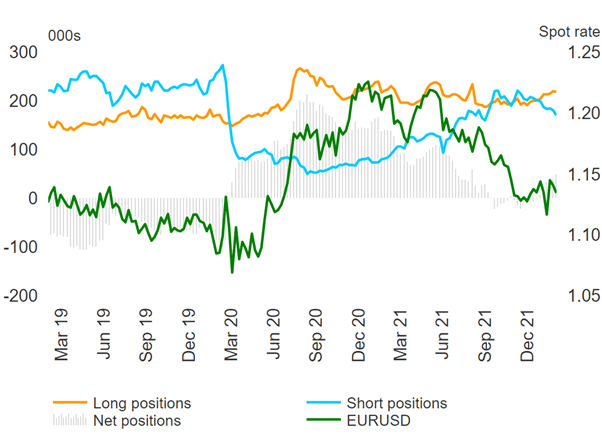 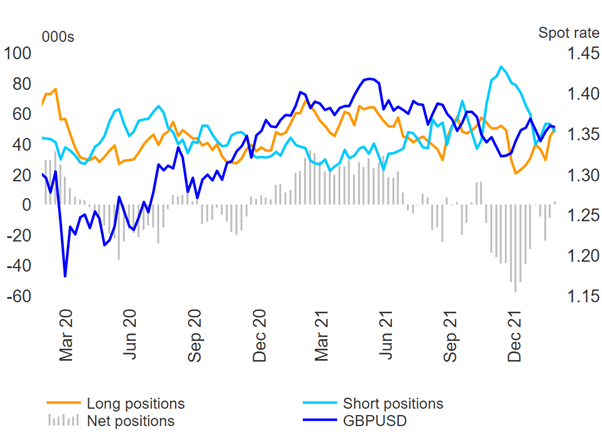