Wall Street stocks ended a volatile week with a sour tone as investors weighed escalating geopolitical tensions at the border of Russia and Ukraine. US National Security Adviser Jake Sullivan said on Friday that there were signs of Russian escalation at the Ukraine border and that it was possible that an invasion could take place during the Olympics. Gold prices surged alongside crude oil, which are trading at their highest level since 2014. Equities pulled back broadly amid risk-off sentiment, with the tech-heavy Nasdaq 100 falling over 3%.

Lingering geopolitical unrest and fears about the Fed tightening monetary policy may continue to suppress risk assets in the near term. Last week, higher-than-expected US CPI figures and hawkish comments from Fed officials sent shockwaves through the markets. Investors are increasingly convinced about the possibility of a 50bps rate hike at the March FOMC meeting, sending the US Dollar higher and stocks lower.

On the earnings front, over 70% of the S&P 500 companies have reported results so far, among which 77% have beaten market expectations with an average earnings surprise of 8.6%. The blended earnings growth rate for those companies is 30.3%on year, marking the fourth straight quarter of earnings growth above 30%, according to Factset. It is worth noting that nearly three quarters of companies have highlighted inflation during their earnings calls, underscoring rising price levels that are having an outsized impact to their margins and operations. 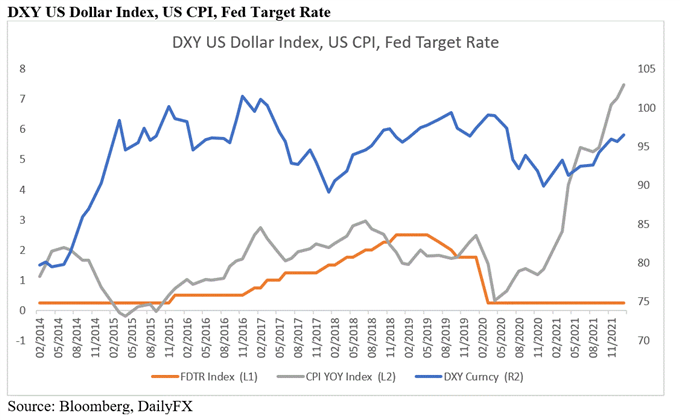 WTI crude oil prices leaped 4.3% on Friday and held steadily at the open as investors mulled the impact of the Russia-Ukraine standoff on oil supply. Ukraine is a crucial transit hub for oil and gas between Russia and the European Union, transporting 11.9 million metric tones of crude oil between them in 2021, according to S&P Global. Escalating tensions in the region may add supply constraints in an already tight market, sending prices higher. This may further exacerbate concerns about rising price pressures and strengthen the case for Fed tightening to contain inflation.

For the week ahead, Wednesday’s China inflation and US retail sales figures dominate the economic docket alongside Thursday’s release of FOMC meeting minutes. Find out more from the DailyFX calendar. 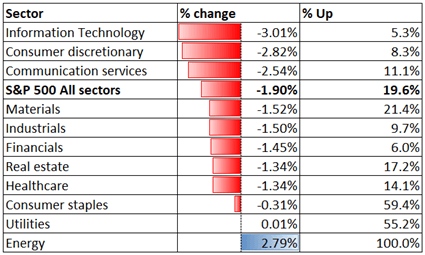 The S&P 500 index may have entered a meaningful correction after breaching below an “Ascending Channel” as highlighted on the chart below. Prices have likely formed a “Double Top” chart pattern last week, hinting at further downside potential with an eye on 4,300 for support. The MACD indicator is about to form a bearish crossover beneath the neutral midpoint, suggesting that selling pressure may be building. 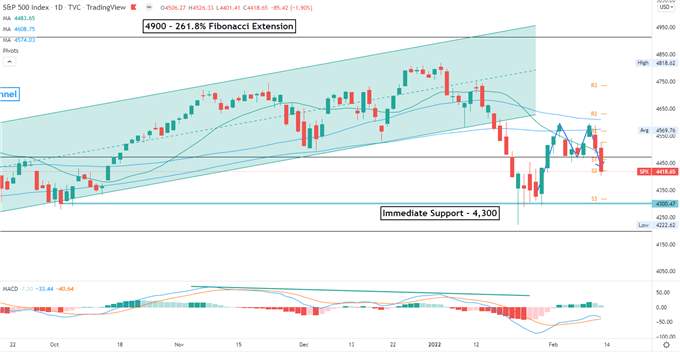 The Nikkei 225 index breached below a “Symmetrical Triangle” pattern and thus opened the door for further downside potential. Prices have rebounded over the last two weeks, but the overall trend remains bearish-biased. The lower trendline of the “Symmetrical Triangle” has now become an immediate resistance. The MACD indicator formed a bullish crossover, suggesting that buying pressure may be building. 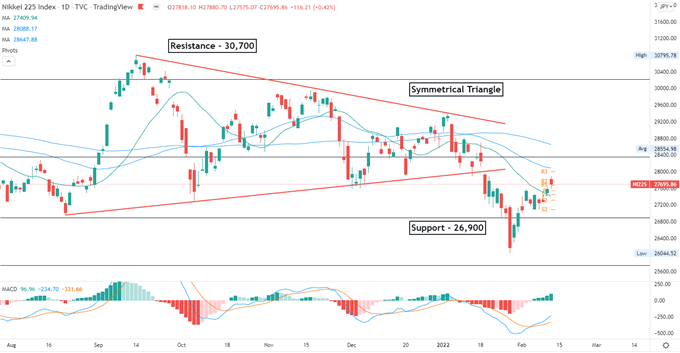 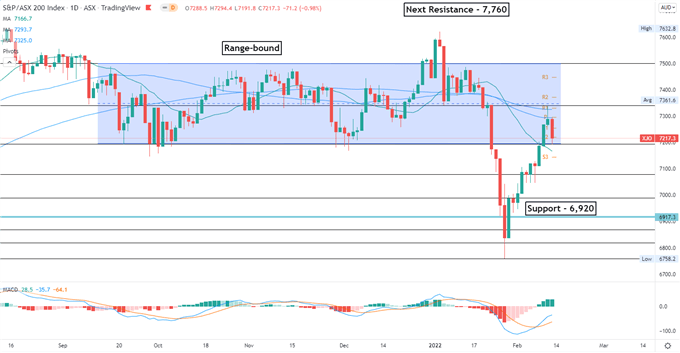 Recommended by Margaret Yang, CFA
The Fundamentals of Breakout Trading
Get My Guide