Bank of England Preview: How Will The Pound (GBP) React?

SUMMARY: The Bank of England is expected to deliver a 25bps hike at its upcoming meeting with a 9-0 vote split. A reminder that last month, Tenreyro had been the sole dissenter, voting to keep the Bank rate unchanged given the uncertainties surrounding the Omicron variant. This will mark the first back to back hike since 2004, however, with money markets fully priced in for a 25bps hike, the focus for traders will not necessarily be on what they do, but what they say.

With the Bank rate set to hit 0.50%, the BoE will have some optionality going forward. As outlined in August 2021, the Bank will be able to cease the reinvestment of maturing gilts and thus reduce the stock of purchased assets. Therefore, we can expect the BoE to confirm that it will embark on quantitative tightening, particularly with Governor Bailey recently stating that such action will likely have a minimal impact. Of note, there is roughly £28bln worth of gilts maturing in March.

DATA: Inflation has continued to edge higher, the latest reading printing at 5.4% Y/Y (vs Exp. 5.2%) and moving closer to the MPC’s peak forecast of 6% by April. In turn, staff projections will likely show an upgrade. Meanwhile, the labour market remains robust, with the unemployment rate falling to a fresh cycle low of 4.1%, although, the wages component pulled back a touch, slightly alleviating concerns of a wage-price spiral. On the whole, the recent string of economic data further emphasises the need for the central bank to hike.

RATE OUTLOOK: As with the majority of G10 central banks, money markets are pricing in an aggressive tightening in the coming months. For the Bank of England, short term interest rates are discounting near 5 hikes for the year (122bps to be exact). Therefore, among the key focal points will be whether Governor Bailey validates the market's view or pushes back. The same had been put to Fed Chair Powell, who responded by not ruling out the possibility of a 50bps hike (albeit this was for lift-off), nor did he rule out a hike at every meeting. Similar rhetoric from Bailey with the latter comment would likely be enough to prompt another leg higher in the Pound. That being said, there is an argument that the market’s view is too aggressive, relative to the BoE’s guidance of “modest” tightening, which does raise the bar for the Bank to provide a hawkish surprise. For me, given the upside risks to the inflation outlook in the near term, I suspect the Bank refrains from pushing back against market pricing. This is not to say they will hike 5 times, but it is more to guard against putting themselves into a corner, thus leaning towards the Maradona theory of interest rates.

POSITIONING: Heading into the meeting, positioning data via CFTC shows that fast money traders (leveraged funds) have flipped net long, following the recent short squeeze. Now while leaning net long raises the asymmetrical risks against the Pound, the size of net longs is far from crowded. 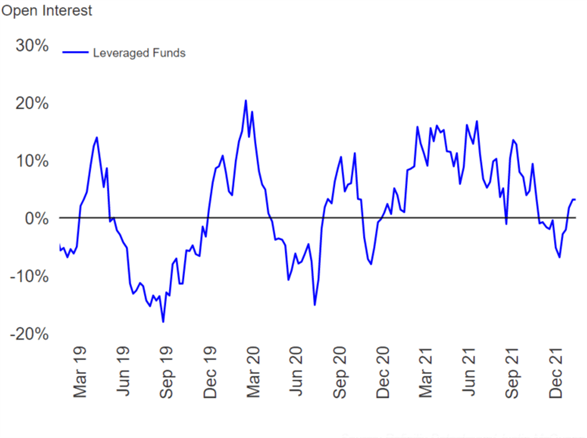 BOE COMMENTARY: Unlike the back end of last year, there has been little in the way of communication from the MPC since the prior meeting, with notable comments from BoE

MARKET REACTION:Two factors that will impact the Pound, will be clarity on quantitative tightening aside from stopping reinvestments as well as the MPC’s view on current market pricing. Heading into this meeting, it does seem that market participants are somewhat neutral on the hawkish disappointment vs uber hawkish spectrum, unlike the into the Fed meeting where many, including myself, sat in the hawkish disappointment camp. With no strong conviction heading into the meeting, the view is to remain agile and be cognisant of the ECB meeting also due tomorrow, making for a more volatile session for EUR/GBP. In terms of levels to watch, topside resistance in GBP/USD sits at 1.3600, while support is at 1.3420 (55DMA)

LIVE COVERAGE OF THE BANK OF ENGLAND RATE DECISION