Sterling has been on a rapid decline against the U.S. dollar since mid-January which was exacerbated this week after the Federal Reserve emphasized rate hikes in the near future. The UK comes under pressure from inflation (see chart below) as with most nations across the globe and could make an already bad situation worse should Russia/Ukraine fears escalate.

Next week, the Bank of England (BoE) is set to deliver its interest rate decision (see economic calendar below) with a high probability (91.46%) of a 25bps rate hike to take the key rate to 0.5%. Rampant inflation has been driven by labour shortages, supply chain bottlenecks and oil and gas prices. The need to tackle inflationary pressure is mounting for the BoE but the cost to economic growth cannot be dismissed. The graphic below charts the excessive wage growth stemming from the COVID-19 pandemic in early 2020. 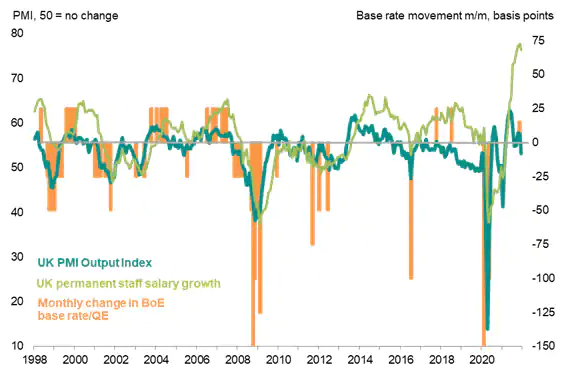 This figure of 0.5% is extremely significant because the BoE mentioned that Quantitative Tightening (QT) would begin once this level is reached. 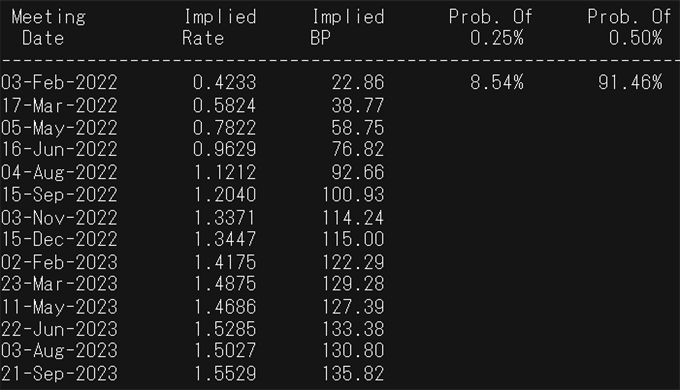 QT relates to slowing down asset purchases including the reinvestment of maturing bonds that have been pumped into economies as a result of the COVID-19 pandemic. Bank reserves currently sit just under £900bn as shown in the graphic below. The lack of active reinvestment by the BoE will begin QT at a gentle pace with selling of assets likely to commence further down the line allowing for markets to slowly digest this less accommodative environment.

With all these macro levers being watched, the “partygate” scandal has now taken what seems a step back after the Metropolitan Police intervened on Sue Gray’s inquiry report. This may be what the markets have been looking for to paint a clearer and eliminate this supplementary factor leading up to the rate decision next week. 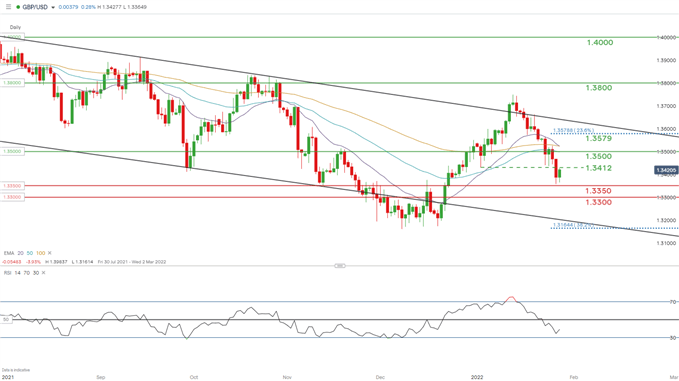 Technically, GBP/USD remains in the confines of the longer-term downward channel (black). Pound bulls could get some respite ahead of the BoE rate decision as an expectant hike looms. A confirmation break above 1.3412 (January swing low) will bring into focus the 1.3500 psychological handle but I cannot foresee anything further short-term. The narrative remains heavily in favor on the greenback particularly if geopolitical tensions rise, playing into the hands of the dollar’s safe-haven allure.

IG Client Sentiment Data (IGCS) shows retail traders are currently LONG on GBP/USD, with 58% of traders currently holding long positions (as of this writing). At DailyFX we typically take a contrarian view to crowd sentiment resulting in a short-term downward bias.