Wall Street equities fell for a third day as investors mulled mixed corporate earnings and the outlook for Fed tightening. Stocks gave up earlier gains and plunged in the final hour of trading, underscoring fragile sentiment. The Nasdaq 100 index has fallen more than 10% from its December high, entering into a technical correction. Investors are eyeing next Wednesday’s FOMC meeting for clues about the central bank’s roadmap for tightening. Policymakers may offer clues about the timing of the first rate hike and when it will consider to start balance sheet normalization.

Meanwhile, Netflix’s share price plummeted 19% during the after-hour trade as its forward outlook fell below market expectations. This happened even though the company has beaten on both top and bottom line estimates in Q4. Netflix said it expects to add 2.5 million subscribers during the first quarter of 2022, far below market expectations 6.93 million. It also marks a sharp decline from 8.28 million users added in Q4.

Hong Kong stocks soared on Thursday after news crossed the wires that China is drafting rules to give property developers more access to escrow funds. This will provide crucial help to developers to meet debt obligations, avoiding a serious cash crunch. The Hang Seng Index soared 3.42%, and the Hang Seng Tech Index surged 4.50% on Thursday. Both indices have breached above key resistance levels and may have reversed a prolonged downtrend. Developers, banks and technology shares were among the top gainers.

Chinese lenders have lowered borrowing costsfor a second straight month, in line with the PBOC’s move to cut 1-year MLF rate by 10bps earlier this week. This is another sign that the world’s second-largest economy is easing monetary policy to cushion an economic slowdown. Lower interest rates and the relaxation of property rules drive appetite towards Hong Kong shares, with the stock connection recording HK$6.54 billion of net Southbound inflows on Thursday, the highest seen since 31st August 2021. 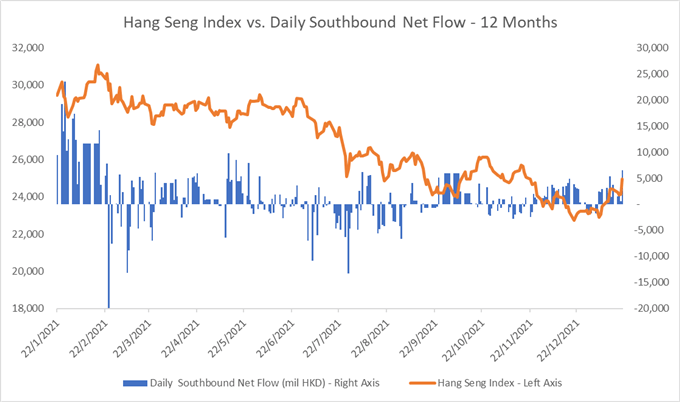 Meanwhile, weekly initial US jobless claims data came in at 286k, compared to a 220k estimate. This is also the highest reading observed in 14 weeks. The unemployment claims have been creeping higher in recent weeks, but the overall level is still substantially lower than the pandemic-era averages. With more companies citing rising wage pressure and challenges in hiring, this could be a short-term surge in unemployment claims.

Asia-Pacific markets look set to open mixed on Friday following a sour lead from Wall Street. The Hong Kong market could be an exception, as investors continuing to digest property news and rate cuts by the Chinese authority. Futures in Japan, Australia, India, Thailand and Indonesia are in the red, whereas those in mainland China, Hong Kong, South Korea and Taiwan are in the green. 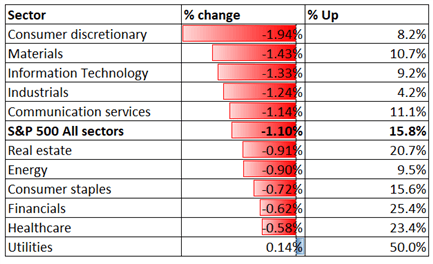 The S&P 500 index has likely broken down an “Ascending Channel” formed since March 2021, exposing the next support level of 4,470 – the 200% Fibonacci extension. This may be another healthy correction alongside its upward trajectory however, as the trio of 20-, 50- and 100-day SMA lines are trending up. The MACD indicator formed a lower high however, suggesting that near-term momentum may be weakening. 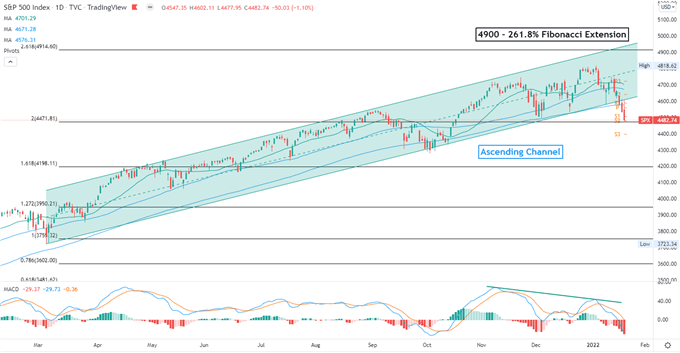 The Hang Seng Index (HSI) has likely broken a “Falling Wedge” pattern from the upside, as highlighted in the chart below. This may signal a bullish trend reversal after a prolonged period of selling, and open the door for further gains. An immediate resistance level can be found at 24,900, followed by 25,600. The MACD indicator pierced through the neutral midpoint and trended higher, suggesting that bullish momentum may be building. 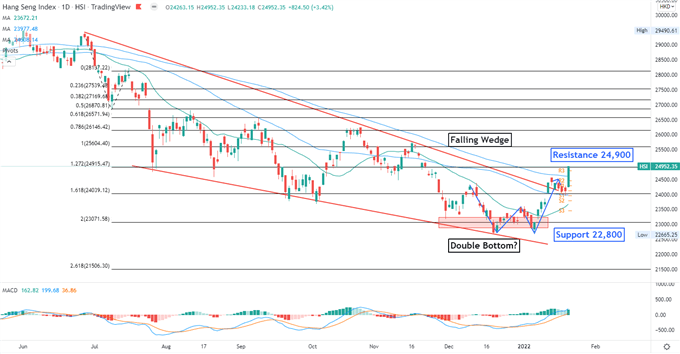 The ASX 200 index pulled back to a range-bound zone between 7,200 to 7,500, waiting for fresh catalyst for a breakout. The floor and ceiling of the range may be viewed as immediate support and resistance levels respectively. A meaningful breach above 7,500 may intensify buying pressure and expose the next resistance level of 7,760. 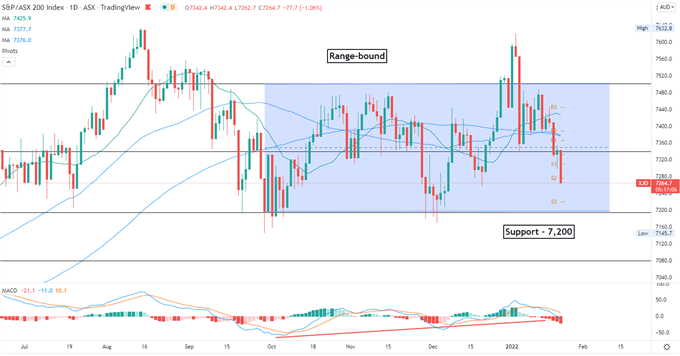