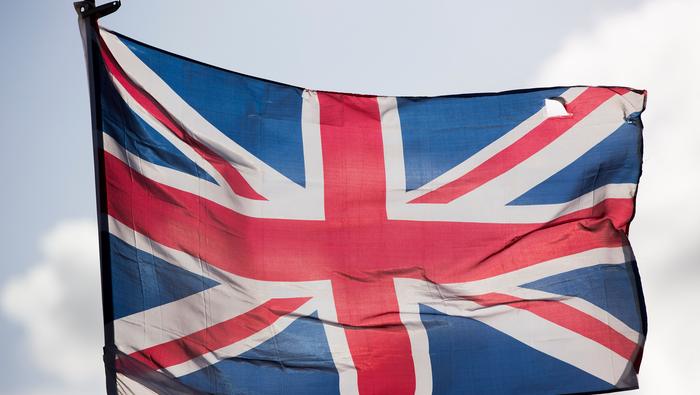 GBP/USD Faces First Real Test Ahead of US CPI Data

Reports out of Britain suggest that as many as 100 staffers were invited to a “bring your own booze” drinks event during the peak lockdown period in May of 2020. This is not the first time Johnson’s leadership is being questioned as late last year his party suffered a surprising defeat in the by-election for the North Shropshire region – traditionally a stronghold for the Conservative party – which Johnson took full responsibility for. As more information becomes available, it is likely to weigh further on the Pound as growing discontent opens the door to PM successor talks.

Key Risk Events in the Week Ahead

After a rather quiet first trading week, the economic calendar has really started to take shape. Later today Fed Chair Jerome Powell is due to attend his re-election hearing while Friday sees UK GDP data for November as well as US retail sales and the University of Michigan’s consumer sentiment preliminary data for January.

However, the big ticket item is the US CPI print on Wednesday given rising prices and energy costs and the effect this has on the future path of monetary policy. While the hawkish pivot from within the Fed takes shape, markets may look to the forecast number of 7% as confirmation that the Fed will leave no stone unturned when it comes to reigning in inflation but any official response will need to be observed. 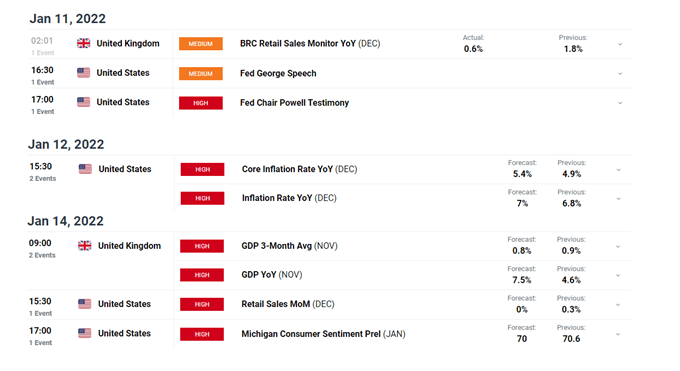 Sterling continues its impressive performance against the dollar but now faces an important test of trendline resistance (drawn from the 2021 high). While the RSI flirts just below overbought territory, there are plenty of risk events over the next week that that could add to GBP/USD volatility.

Looking ahead to tomorrow’s US CPI data, it seems more likely that a hot inflation print sends the dollar higher as expectations of multiple rate hikes become further entrenched. As a result, we may see a pullback in the pair around resistance, barring a surprise in the actual data to the downside. US CPI is forecast to reach 7%, the highest it has been in nearly 40 years. 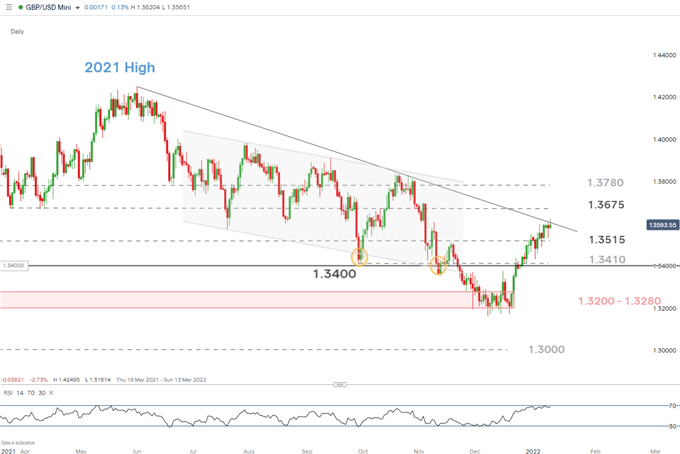 A minor retracement could see 1.3515 as the next level of support with a deeper move highlighting 1.3410 and 1.3400. A shock CPI print coming in lower than the prior reading of 6.8% could see a temporary drop in the crowded dollar, possibly resulting in a GBP/USD bullish continuation towards 1.3675