USD/CAD Analysis: CAD Data May Be Most Impactful Amid Aggressively Hawkish Rates Outlook

The move across the fixed income complex has grabbed returning traders attention thus far, in which the US 10yr rose the November peak, slightly under 1.7%. However, to me, this felt like a bit of a FOMO trade with a new year, meaning new risk limits set for traders and therefore, popular trades such as short fixed income and by extension, short JPY had been re-engaged. To add to his, the increased optimism over the threat that the Omicron variant would have likely assisted the move higher in rates, particularly as the US curve had bear steepened a touch. That being said, 1.7% on the 10yr is a big psychological level that capped upside in Q4 and thus, a catalyst would be needed to see that level breached convincingly. 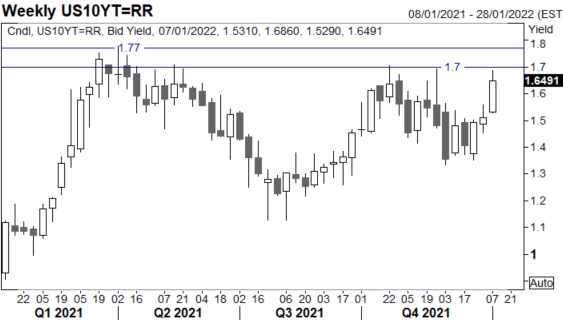 Today will see the release of the FOMC minutes, however, this is unlikely to provide much in the way of a noteworthy market reaction. For two reasons, three rate hikes are near fully priced for 2022 and secondly, the talk seems to be shifting towards balance sheet normalisation, in other words, quantitative tightening. The latter has even been mentioned by Uber Dove, Neel Kashkari, who yesterday stated that the strategy used by the Fed previously, worked well, although added that the balance sheet is unlikely to come down to pre-pandemic levels. 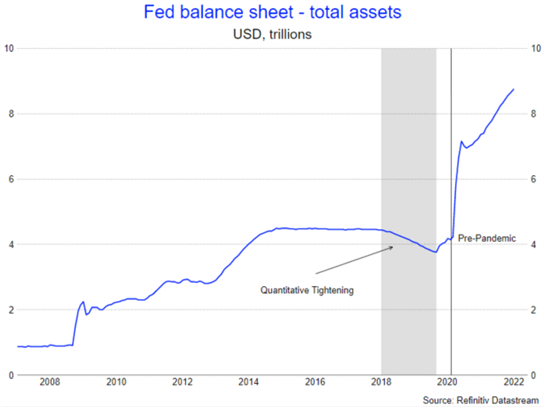 Elsewhere, yesterday saw the release of the first tier 1 US data of the new year, in the form of the ISM Manufacturing PMI, and the component that garnered the most interest was the sizeable drop in prices paid. Now while this is not a like for like comparison to US inflation, much like on the way up, it provides a slight indication for the next move in CPI, which should ISM Non-Manufacturing Prices Paid, signal much the same, the Fed may have ironically, stopped out of their transitory inflation view right at the peak.

Fed Hawkish Pivot May Have Happened at Inflation Peak 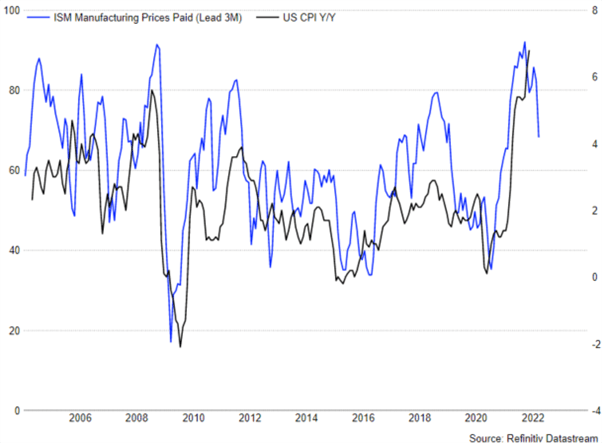 Aside from US monetary policy, the outlook for the Bank of Canada’s policy could be a big factor for the Canadian Dollar in the next two weeks, given that the upcoming Canadian data will be key as to whether the bank hikes this month or not. But first, I will refer you to my tweet ahead of the BoC’s December meeting, which near enough marked the short term bottom in USD/CAD. 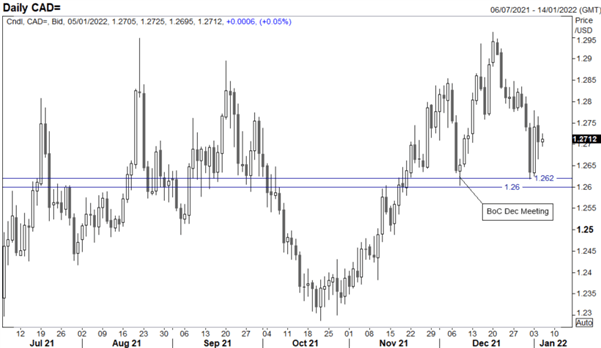 As it stands, money markets are pricing in a 65% chance of a 25bps rate rise at the January meeting. However, keep in mind, that the BoC stuck pat on its rate hike guidance at the December meeting, stating that they remain committed to holding rates at the effective lower bound until economic slack is absorbed, which is likely seen in the middle quarters of this year. Now while the concerns over Omicron have eased, the key focus will be on economic data starting with Friday’s labour market report, the BoC Business Outlook Survey (Jan 17th) and the inflation data (Jan 18th) ahead of the meeting. In turn, data will have a sizeable impact on the Loonie, given, not only the near term policy implications but also the rate outlook for the rest of 2022, where money markets are ludicrously pricing in 130bps worth of tightening (20% chance of 6 hikes). To me, even 5 rate hikes seems like a tall order for the BoC to surprise on the hawkish side.