EUR/USD: As I noted in the weekly USD outlook, buoyant risk appetite and soaring commodity prices have sapped demand from the greenback. This also has not been helped by the fact that the market appears to be long of dollars and thus position squaring looks to have played its part in the current pullback. In turn, with the Euro seeing a modest bounce from the 1.16 handle, eyes are on the 1.1700 handle, which may well indicate a change in fortunes for the Euro, should the single currency surmount the psychological barrier, then a move to 1.1900 cannot be ruled out. 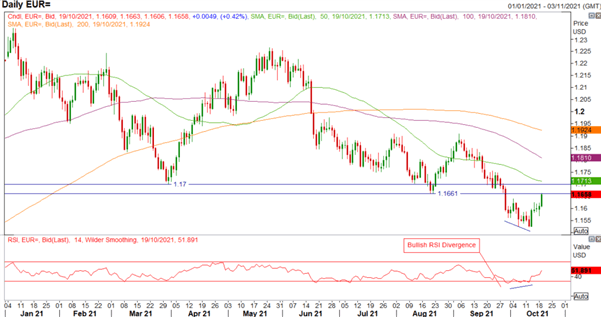 What a difference a few weeks makes, since the beginning of the month UK money markets have shifted from a 20% to an 80% probability for a 25bps rate hike at the November Bank of England meeting. The latest re-pricing coming amid another round of hawkish BoE commentary, in which Governor Bailey stated while monetary policy cannot solve supply-side problems (which the UK economy is currently facing), central banks must act now to dampen inflation.

As such, the rates market is near enough pricing in 2 hikes by the end of the year (over 4 hikes by the end of 2022) and thus, given the aggressive tightening bets, this leaves the Pound in a precarious situation. The reason for this is due to the fact that there doesn't appear to be unanimity on the committee with the more cautious Tenreyro and Mann preferring to hold off on rate hikes, which in turn will make it difficult for the BoE to even match the hawkish re-pricing, let alone surprise on the upside. Not only that, it is still up for debate whether lift-off will be 15bps or 25bps and thus should the Bank raise rates by 15bps, this would yet again be another disappointment on the hawkish front, relative to expectations.

What is also interesting, is the Pounds inability to notably strengthen following a surge in tightening bets, yesterday’s move higher in EUR/GBP confirms as much, which perhaps suggests that FX traders view the move as a policy mistake. That said, much like the RBNZ a few weeks back, this could be another case of "buy the rumour, sell the fact" for the Pound. 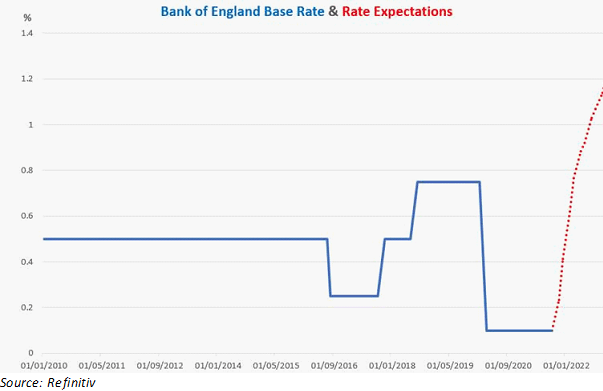 EUR/GBP: Taking a look at the cross and once again, having made fresh YTD lows, there is a bit of friction for EUR/GBP to take another leg lower. This has been a common pattern for the cross, as seen in April and August. In turn, I would be somewhat cautious on chasing the cross lower from current levels and would prefer to fade any rallies from 0.8520 (20DMA).

Today we hear from Governor Bailey again, although with his position being made clear, there may be little else that market participants will glean from his comments. Instead, given the focus on UK inflation, eyes will be on tomorrow’s inflation report. Short-term resistance resides at 0.8570 with support at 0.8420.

On the technical front, EUR/GBP is showing a bullish RSI divergence on the weekly timeframe, typically a sign where downside momentum is stalling. 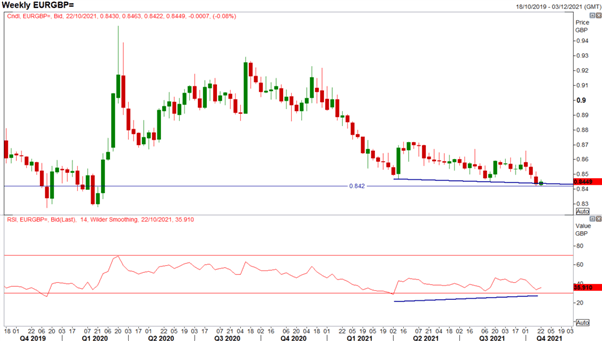 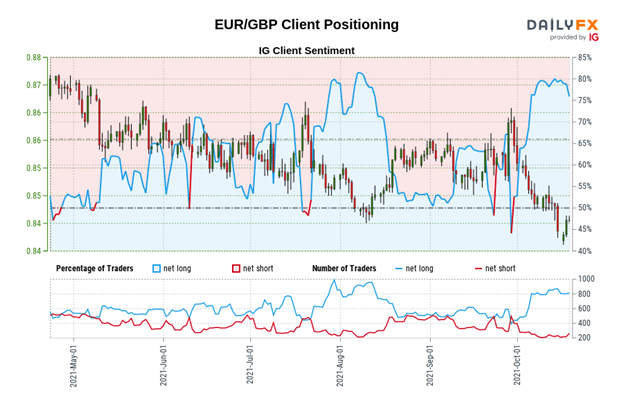