Nasdaq Flies to Record High with S&P500 Poised to do the Same, FTSE up

The Nasdaq continued its impressive run on Tuesday, buoyed by Jerome Powell’s supportive address last Friday. Markets received the message as rather dovish despite Powell indicating that the rate of asset purchases may be adjusted before year end, depending on jobs data.

Today we saw a drastic underperformance in the rate of new private sector jobs being added to the US economy (ADP) which places doubts on a positive NFP figure to be released on Friday this week. Forecasts projected 613, 000 more jobs to be added with the actual figure nearly half of that at 374,000. So, while inflation meets the Fed’s ‘substantial progress’ threshold, the last remaining piece of the ‘taper puzzle’ remains the job market.

On the back of the Powell’s speech it comes as no surprise that AUD/USD currency pair (risk-on proxy) continues to trade higher today, along with EM currencies, as the dollar wipes out yesterday’s minor gains. Another risk-on beneficiary is tech stocks via the Nasdaq index which shot up to new highs in early trade this morning, showing no signs of slowing down. 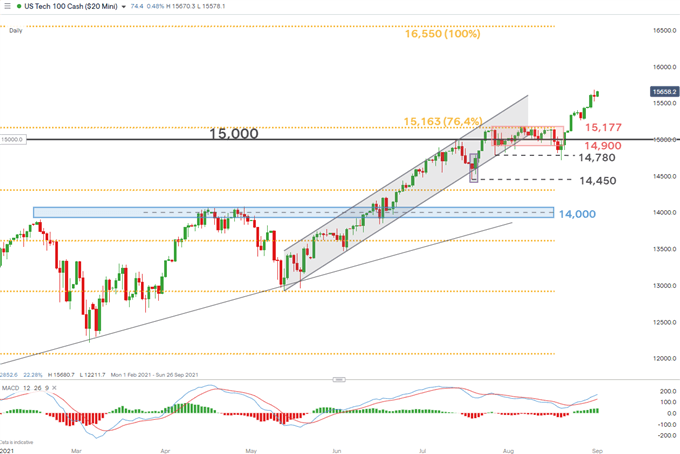 A positive futures price ahead of the open suggested that the S&P500 is on track to also print a new record high as the index is fueled by hopes of extended stimulus support from the Fed. Energy stocks were in prime position as oil prices rose ahead of the OPEC + meeting. With the index looking expensive, those eying bullish continuation plays may be interested in the recent high of 4480 or a deeper retracement toward the bottom of the ascending channel near the 4400 level. 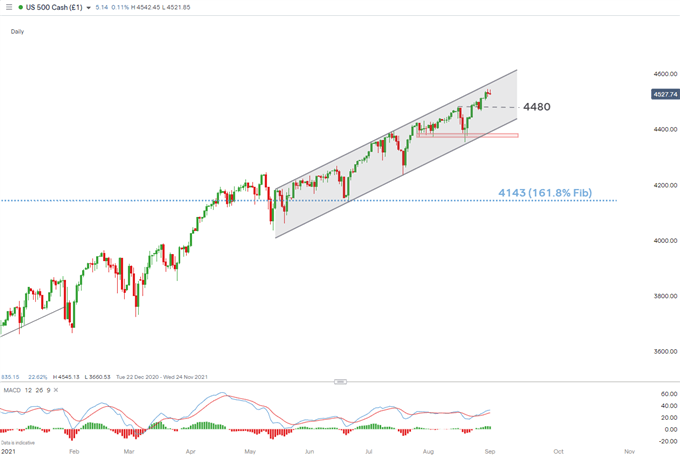 FTSE Trades up After Yesterday’s Losses

UK shares shrug off growth concerns as the FTSE traded well above the prior day’s high but failed to continue that momentum as the index surrendered some of it’s gains in the latter hours of the day. The 7170 mark is becoming ever more significant as a level of resistance, capping FTSE upside a number of times now and remains as near-term resistance. While the overall landscape remains bullish for UK equities, a break below 7120 could leave the door open to another test of the 7000 psychological level. 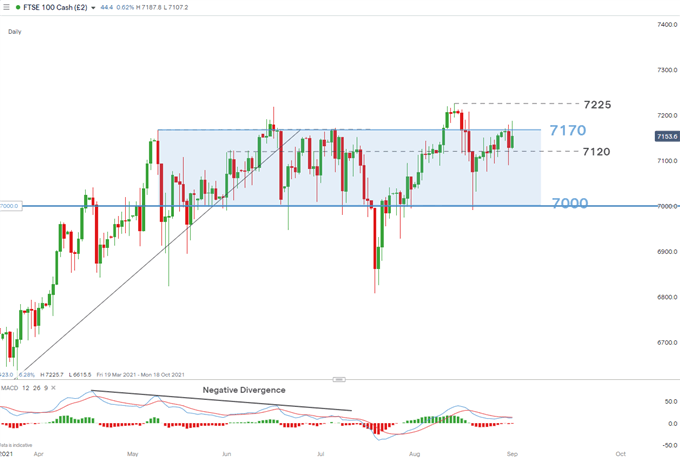