The S&P 500 index hit an all-time high on Friday as investors mulled much weaker-than-expected US consumer sentiment data and its ramifications for the Fed’s next move. The University of Michigan said its preliminary consumer sentiment index plunged to 70.2 in early August, marking a sharp pullback from 81.2 in July. This is also the lowest reading observed in a decade. The losses were widespread across different demographic subgroups and regions, reflecting a worrying sign that the economic recovery may be slowing.

The stock market appeared to have stayed composedhowever, as rapidly deteriorating in consumer sentiment may give theFed more reasons to stay put amid rising inflationary pressures. This also puts Wednesday’s FOMC meeting minutes in the spotlight.

Asia-Pacific investors will be eyeing Chinese retail sales and industrial production figures for clues about the health of the world’s second-largest economy. Both figures are expected to moderate in July due to measures to curb the spread of Delta variant on the mainland and a flood in the Henan province. While investors are deeply concerned about Beijing’s recent crackdown on various private sectors, expectations for PBOC easing have been growing too. 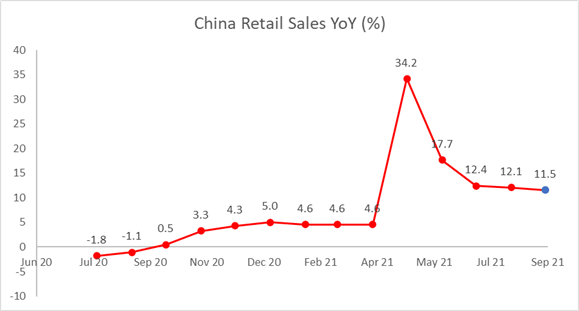 APAC markets look set to kick off the week with a mixed tone. Futures were lower in Japan, mainland China, Australia, South Korea, Taiwan and Singapore. Those in Hong Kong, Malaysia, India and Thailand are in the green.

The Japanese economy expanded 1.3% YoY in the Q2, beating a baseline forecast of 0.5%. The market offered a mute response however, suggesting that a slight GDP beat is unlikely to alter the BOJ’s monetary policy outlook.

For the week ahead, US retail sales data and the RBNZ interest rate decision dominate the economic docket this week alongside the release of FOMC meetingminutes this week. Find out more from the DailyFX calendar. 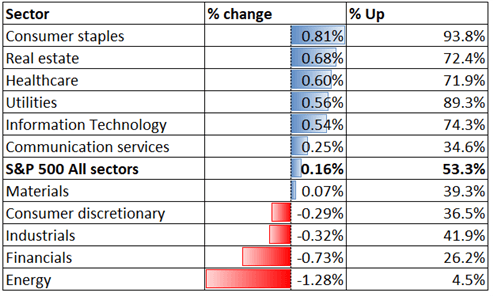 The S&P 500 index breached above a key resistance level at 4,290 and trended upward, carving a path for prices to attempt higher highs. The overall bullish trend remains intact as suggested by the “Ascending Channel”. The next resistance level can be found at 4,650 – the 161.8% Fibonacci extension. A pullback may lead to a test of the 20- and 50-day SMA lines for immediate support. 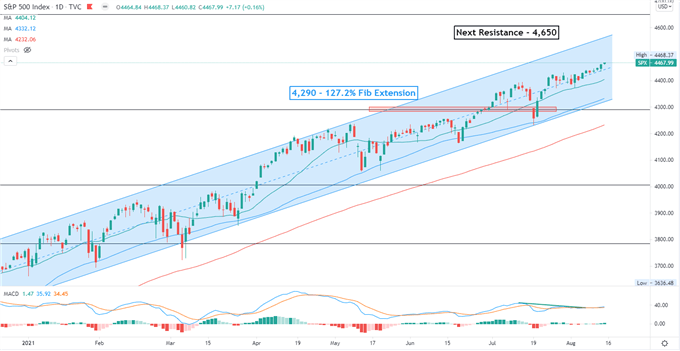 The Hang Seng Index has likely formed an “Ascending Channel” as highlighted on the chart below. The floor and ceiling of the channel may be viewed as immediate support and resistance levels respectively. The MACD indicator is trending higher below the neutral midpoint, suggesting that bullish momentum may be building. 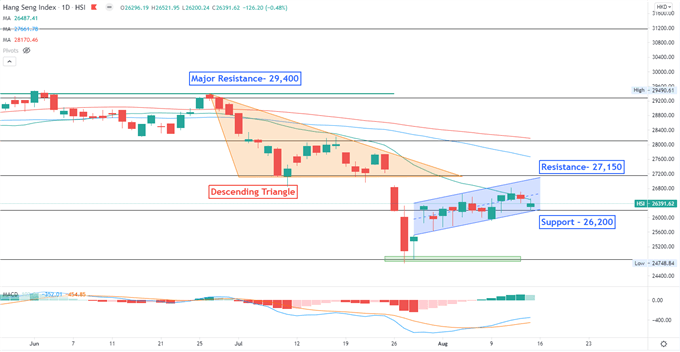 The ASX 200 index has breached above a key resistance level at 7,500 and opened the door for further upside potential. The next key resistance level can be found at 7,760 – the 261.8% Fibonacci extension. The overall trend remains bullish-biased, as suggested by the consecutive higher highs and higher lows formed over the past few months. The MACD indicator formed a bullish crossover and trended higher, suggesting that upward momentum is dominating. 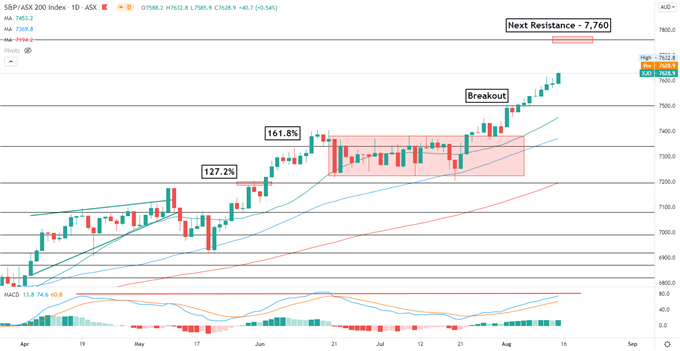