According to the latest CFTC data, speculators had increased their net short positioning in the US Dollar heading into the Federal Reserve meeting as bearish bets grew by $1.16bln. In turn, with market positioning caught out by the surprise hawkish FOMC dot plots, particularly in leveraged funds (fast money accounts), this in part explains the sizeable appreciation in the USD. Therefore, as the Federal Reserve begins talking about normalising policy, the currency can be expected to perform well against low yielding currencies (EUR, CHF) and those where central banks have yet to signal normalisation.

Elsewhere, sentiment in the Japanese Yen deteriorated further as net shorts rose $1.1bln and thus the Yen remained the largest bearish bet (on an open interest adjusted basis) in the G10 complex. That said, with the Fed appearing to put the brakes on the reflation trade, popular cross-JPY longs had been unwound and subsequently contributing to the Japanese Yen short squeeze across spot prices (likely to be reflected in next week’s data). However, as I have said previously, the outlook for USD/JPY will be primarily determined by the direction of US yields.

The biggest positioning mover had been the Swiss Franc as net shorts were cut by $1.2bln, perhaps reflecting the recent slide in EUR/CHF. However, with prospects for the global economy remaining robust and with the FOMC “talking about talking about” tapering, CHF may struggle from here.

Net longs in the Pound rose by an additional $394mln and while GBP had been caught up in the US Dollar short squeeze. The outlook for the Pound is encouraging with markets increasingly pricing in a more hawkish Bank of England. Recent weeks have seen dovish members (Vlieghe) talk up scenarios where a rate hike may be appropriate next year, which in turn is likely to see GBP retain support as we head into the BoE meeting. This view is better expressed through fading EUR/GBP recoveries from 0.8620-40. 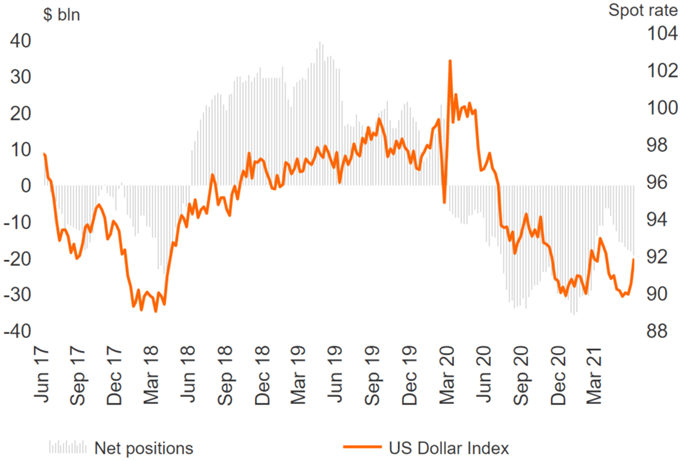 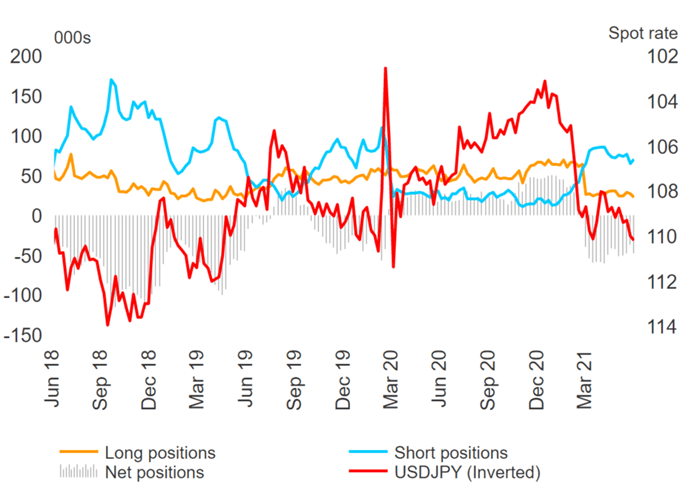 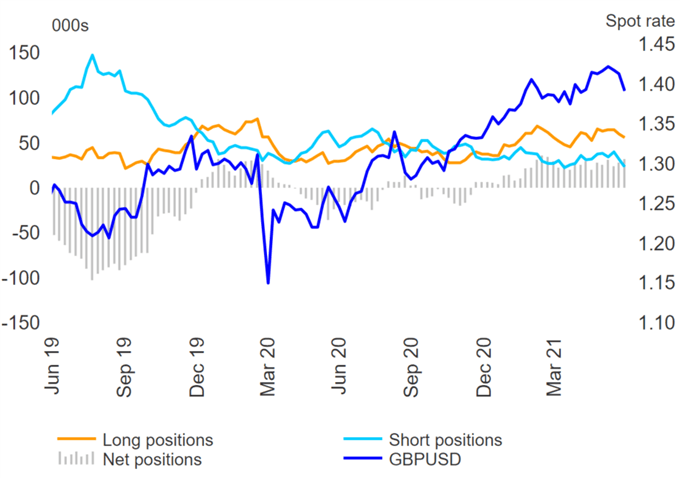