In the week to May 25th, speculators have added to US Dollar shorts, marking the 6th consecutive weekly increase with a more than noteworthy $1.29bln. The momentum in the dollar continues to remain soft as the greenback fails to maintain a foothold above the psychological 90.00 handle and with a Federal Reserve that is showing very little signs that it is ready to alter its stance, USD demand may remain week. That being said, there is several economic data points from the US, which will be closely watched by Fed Officials, particularly the NFP report

Net longs in the Euro grew by $634mln with gross longs back at February levels. However, price action in the Euro remains somewhat rangebound as topside resistance (1.2240-45) continues to cap rallies in the currency. Alongside this, with the ECB doves out in force, this has dampened expectations that the ECB will look to taper PEPP purchases for Q3, despite the central bank likely giving a more upbeat assessment of the economic outlook.

Meanwhile, sentiment in the Pound improved as bullish bets rose by $509mln. In light of the economic recovery in the UK, the BoE has started to provide scenarios where a rate hike will be appropriate. Although, while this has underpinned the gilt yields and GBP, the main risk over the next two weeks will be whether the UK goes ahead with the full reopening of the economy on June 21st, where according to UK scientists, hangs in the balance. A decision to delay the reopening could see GBP back below 1.41.

Across the commodity currencies, non-commercial positioning had been relatively muted, although, fast money accounts had boosted exposure to NZD ahead of the RBNZ decision. In turn, with the RBNZ now switching to one of the more hawkish central banks, after signalling a rate hike in H2 2022 the outlook has improved for the Kiwi where a move to 0.75 in the months ahead cannot be ruled out.

Firm buying in the Swiss Franc with decent sized demand from fast money and real money accounts. However, the Swissy remains anchored at 0.90 with the SNB starting to step up its rhetoric in talking down CHF strength, while sight deposits (signal for FX intervention) has also been on the rise, therefore, suggesting that further CHF gains from here may be hard to come by.

Source: CFTC, DailyFX (Covers up to May 25th, released May 28th) 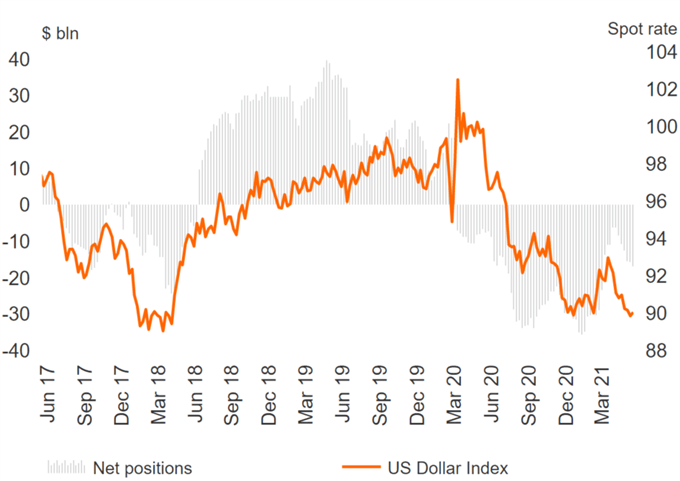 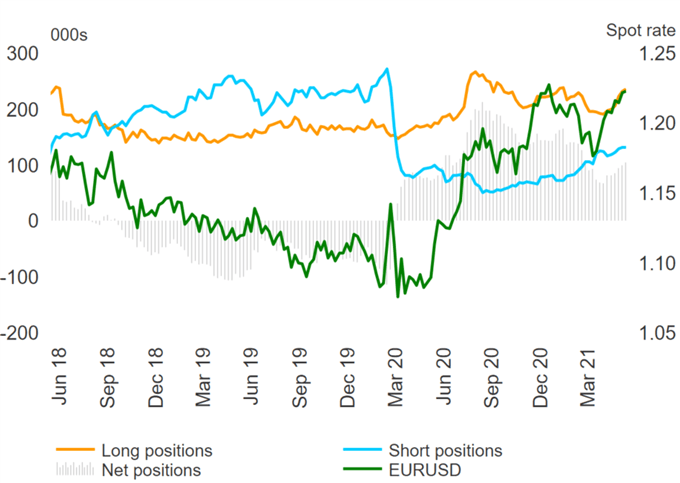 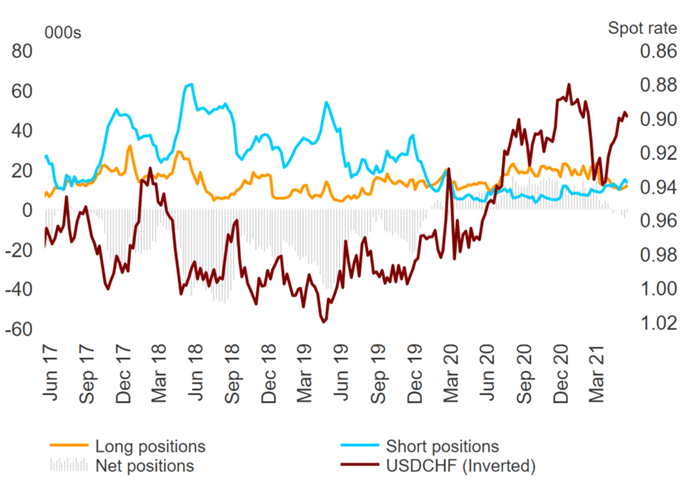