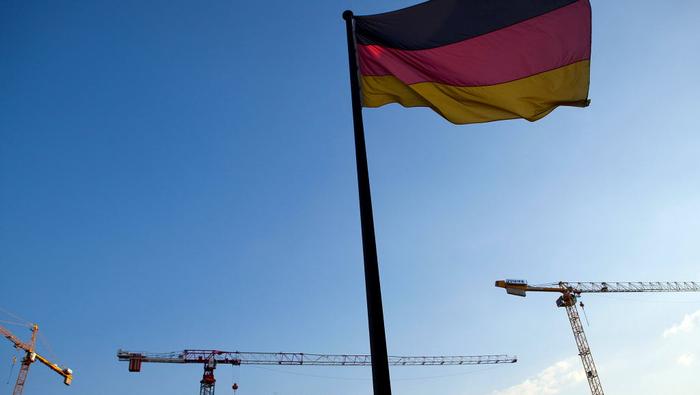 DAX 30 Pushes to Record High as Unemployment Falls in Germany

DAX 30 bulls have been highly determined these last few weeks, ramping up positive momentum and volatility. But despite their efforts, the German index has struggled to break above previous highs, finding strong resistance along the way, most recently around the 15,500 mark.

The latest economic data for Germany published this morning seems to have offered the last needed push, with the DAX 30 briefly peaking at a new all-time high at 15,613, although the resistance at 15,600 has not yet been fully cleared.

German unemployment has fallen more than expected in May as companies hired more employees in anticipation of economic recovery as Covid-19 infections decline, allowing for lockdown measures to be eased. The Labour Office said the number of people out of work fell by 15,000 in seasonally adjusted terms to 2.739 million. The solid data is supporting expectations of a consumer-driven recovery in the summer months as people are ready to spend their built up savings after months of limited possibilities.

But uncertainty is not yet out of the way as new Covid-19 variants like the Indian one are still causing distress to health systems in many countries, threatening to halt the easing of restrictions in some countries like the UK. This is likely a reason for the lack of a breakout in the DAX 30, which is likely to be seen as expensive at current levels given doubts about a clear path higher.

The DAX 30 has been bottoming out at key levels in the last few sessions, which has allowed for buyers to remain in control in the short term. The 20-day simple moving average has been very important since last Thursday, when it allowed buyers to regain control after two sessions of pullbacks. The indecision candlestick formed on Thursday was showing that selling pressure was falling through, which then allowed buying momentum to regain control of the index. Since then, the 127.2% Fibonacci extension (15,424) from the meltdown in March last year has been a key area of support, allowing the DAX 30 to break above the 15,500 level and regain a spot above the ascending trendline that has been so touch and go in the last month.

If momentum is able to hold above this trendline, I would expect to see the DAX 30 heading towards new highs, with the 16,000 mark as a clear objective for buyers in the next few months. That said, we may continue to see indecision creep in so it wouldn’t be surprising if the index continues to sway around the trendline as it consolidates further momentum. If this does happen and we see sideways trading then the trendline will become farther away, putting downside pressure in the short term, at which point the 15,357 – 15,130 range will be of increased importance for support.