Wall Street equities pulled back for a third day as inflation concerns continued to dominate traders’ minds alongside hints from April’s FOMC minutes that the central bank may start to discuss tapering stimulus in the foreseeable future. A number of Fed participants suggested that if the economy continued to make rapid progress toward the Committee’s goal, “it might be appropriate at some point in upcoming meetings to begin discussing a plan for adjusting the pace of asset purchases.”

The committee also noted that the recent rise in inflation was “largely reflecting transitory factors”, suggesting that they may tolerate to a temporary inflation overshoot. Therefore, the Fed will likely maintain its policy interest rate and asset purchasing program unchanged until “substantial further progress” had been made toward the Committee’s long-term goals.

The DXY US Dollar rebounded to 90.17 from a three-month low of 89.78 as market participants digests the FOMC minutes. The 10-year US Treasury yield climbed 3.8 bps to 1.675%, weighing on precious metal prices. WTI crude oil declined 2.9% on a potential US-Iran nuclear deal, which may lead to higher Iranian oil outputs.

Bitcoin tumbled as much as 30% overnight to a three-month low of $30,066 before paring some losses. The cryptocurrency is trading at around $ 38,000 during early APAC hours. Excessive price volatility may entice short-term speculating activity, but could also serve as a warning signal to mainstream investors and contain their risk appetite. 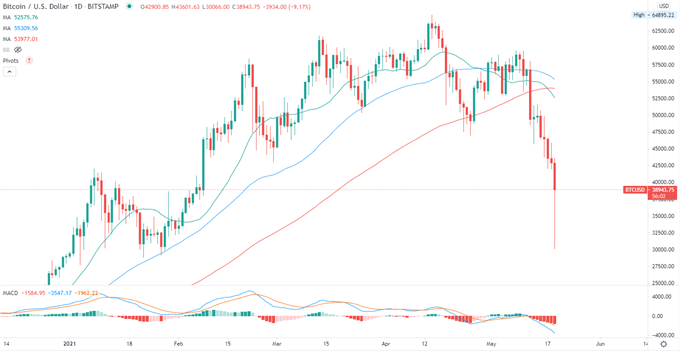 Asia-Pacific markets are positioned for a mixed open on Thursday. Futures across Japan, mainland China, Hong Kong, Taiwan and Malaysia are in the red, whereas those in Australia, South Korea and Singapore are pointing to a higher start. Inflation and viral concerns may continue to weigh on sentiment in the region, as investors digest the latest FOMC minutes for hints about tapering.

The Hang Seng Index (HSI) looks set to open slightly lower after a public holiday. The technology sector could outperform following a positive lead from Wall Street, whereas the energy, raw materials and financial stocks may lag behind. The release of Hong Kong unemployment rate will be watched by traders later this afternoon.

On the macro side, Australian unemployment change headlines the economic docket alongside US weekly jobless claims data. Find out more from theDailyFX calendar. 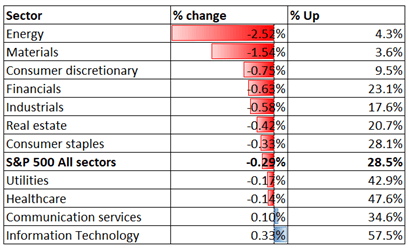 The S&P 500 index trended higher within an “Ascending Channel” formed since November. This suggests that the overall trend remains bullish-biased, although a technical correction appears to be underway. An immediate support level can be found at 4,081 - the 50-day SMA line, whereas an immediate resistance level can be seen at 4,166- the 20-day SMA. The MACD indicator formed a bearish crossover and trended lower, suggesting that downward momentum is prevailing. 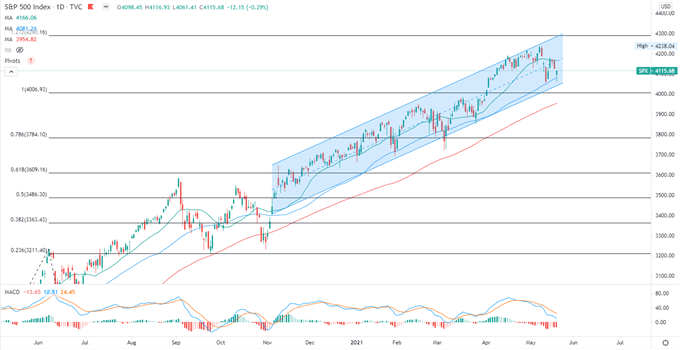 The Hang Seng Index (HSI) breached below the “Ascending Channel” as highlighted on the chart below, suggesting that the index may have resumed its downward trajectory. The 20- and 50-day SMA lines are about to cross below the 100-day line, forming a “Death Cross”. This suggests that the medium-term trend has likely turned bearish and further losses may follow on. The trend-determine 50-day SMA lines may be viewed as an immediate resistance level. 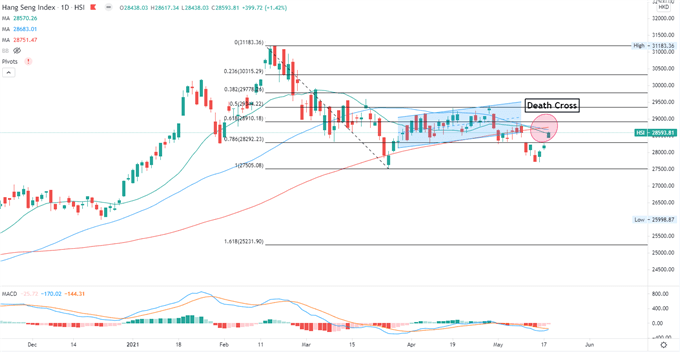 The ASX 200 index breached below a “Rising Wedge” chart pattern, which is inherently bearish in nature. This may point to further downside potential with an eye on 6,837 (the 50-day SMA) for support. 7,126 (261.8% Fibonacci extension) remains a key resistance. The MACD indicator formed a bearish crossover and trended lower, suggesting that selling pressure is prevailing. 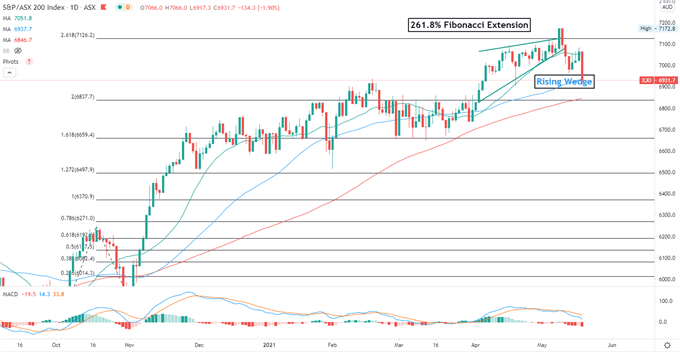