The BoJ decision saw monetary policy tools left as unchanged as expected, providing little in the way of volatility for the Japanese Yen. In turn, the focus will fall upon the FOMC decision scheduled for tomorrow. While I expect the FOMC meeting to be a placeholder at best for the more important June meeting, there is a slight risk of Chair Powell’s press conference leaning more hawkish, in light of the slew of strong US data. As such, in anticipation of this risk, upside pressure on US bond yields could ensue and thus push USD/JPY higher. As I noted in the COT report, USD/JPY has predominantly been guided by US yields. That being said, USD/JPY does look to be slightly undervalued relative to the 10yr yield, which points to 109.00. 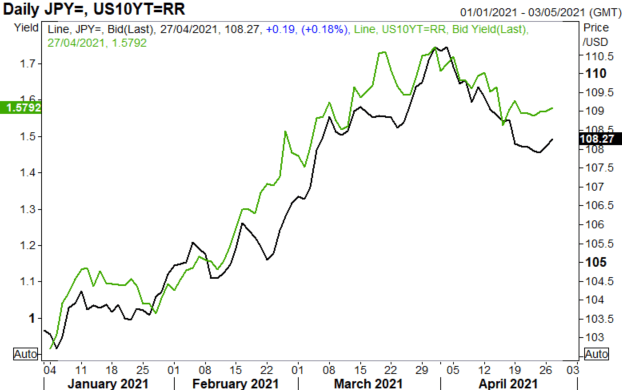 Elsewhere, another factor to contend with is month-end rebalancing. According to both Barclays and Citi, month-end rebalancing is expected to see strong USD selling. Although, as has been the case in recent times, the Japanese Yen has also been among the underperformers during month-end and judging by yesterday’s London 4 pm fix related price action, the same pattern of weaker JPY could continue, albeit more noton the crosses. Keep in mind that before this week, USD/JPY had fallen for 9 of the last 10 sessions and thus positioning looks to be a lot cleaner in the pair and with Friday’s defence at 107.50, dip-buying may be the state of play for the pair this week. 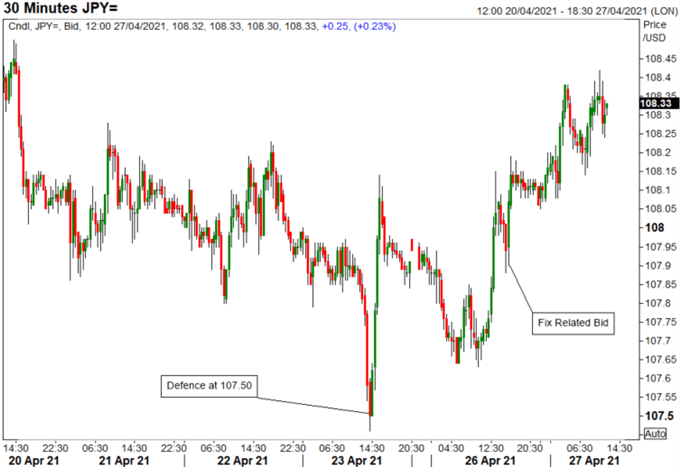 GBP/JPYis one to watch this week, which as I have highlighted previously, tends to perform well on the final trading day of the month, ahead of the London fix. The graph below highlights the crosses recent performance. 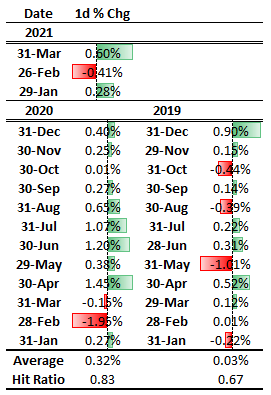