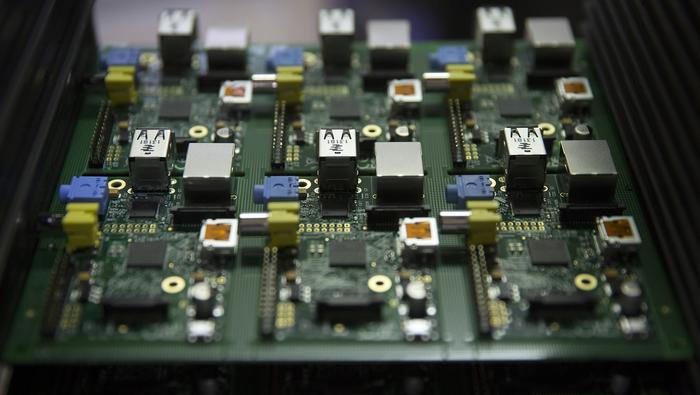 The Nasdaq 100 closed Monday trade at a new all-time high ahead of a week packed with event risk. Comprised largely of technology stocks, the Nasdaq 100 awaits quarterly reports from many of its major components. Microsoft, Apple, Google, Amazon, AMD and Twitter are just some of the names set to report in the coming days, with none other than Tesla kicking off the super-week Monday afternoon. After all is said and done Friday evening, more than 34% of the S&P 500 will have released their quarterly results.

That said, the electric car company Tesla delivered an encouraging start to the super week as it announced solid earnings. Tesla’s revenue and earnings per share results were largely in line with analyst expectations, but given the price-to-earnings ratio of the stock and its role as a lightning rod of speculative risk appetite, it can be argued merely meeting expectations is rather underwhelming. 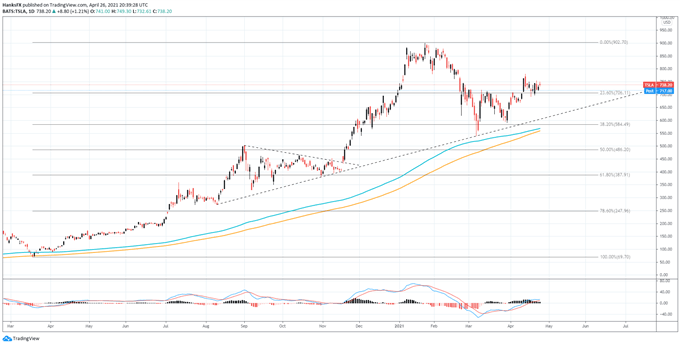 As a result, the electric car maker saw its shares dip slightly after the report was released. All in all, however, Tesla looks well positioned to continue delivering more vehicles in the future as more production plants come online which, in turn, could see the company reign in the ludicrous valuation metrics that it currently possesses. In the meantime, stock price gains may be limited relative to the run up experienced in the second half of 2020, although the gradual uptrend from August remains intact.

Nevertheless, Tesla’s status as a fan favorite affords it some degree of influence over broader equity sentiment and the modest decline in the company’s stock price might suggest recent bullishness can continue. With that in mind, investors will shift their focus to earnings due Tuesday followed by the Fed’s April rate decision at which no change to the interest rate range is expected, but discussion around inflation is hotly anticipated. 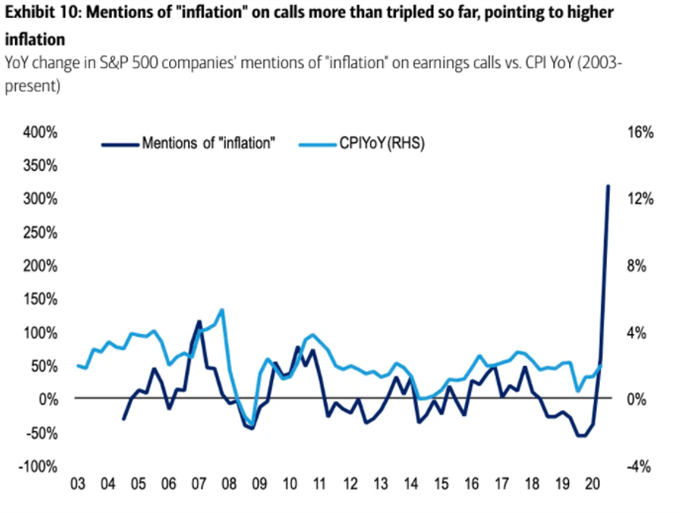 As corporate America reveals information to the public in the form of earnings reports, it seems inflationary pressures have become a widespread concern among C-suite executives with some looking to pass increased prices onto consumers. While the Fed has argued inflation remains well beneath target and any increase will be transitory - a prognostication Wall Street has only recently accepted - the act of corporations passing on price hikes to consumers could reignite some of the inflationary fears investors have grappled with in recent months.

Should the conversation around inflation gain steam once more, investors may begin to price in rate hikes from the Fed sooner than expected. Combined with the recently added risks of tax hikes and regulatory uncertainty, stocks with stretched valuations, like Tesla, could face significant headwinds which would pose a threat to the broader Nasdaq 100.

As it stands, however, early price action suggests investors are content with earnings season thus far and as long as future reports remain upbeat, the Nasdaq 100 may look to continue higher unless the Fed signals an unexpected shift in its policy. As earnings season continues, follow @PeterHanksFX on Twitter for updates and analysis.