In the latest CFTC reporting week, the USD short squeeze had begun to stabilise, which has subsequently coincided with the greenback’s outperformance being faded. Alongside this, with the USD in neutral territory, it now holds little contrarian properties to dictate price action. Elsewhere, positioning changes had been muted in the Euro, which saw a slight pullback in net longs by $100mln and with a z-score of 0.44 (over a 3yr lookback), positioning is no longer at extreme levels. Across the commodity currencies (AUD, CAD, NZD), positioning changes had been muted across the board.

The biggest net positioning change had occurred in the Pound, where net longs rose by $485mln, to $2.2bln. The move had largely stemmed from fast money accounts (leveraged funds), which in turn had seen an improvement in spot GBP. While I have previously highlighted that positioning in the Pound is arguably at stretched levels (according to z-score and percentile), it is important to note that positioning in recent years had been largely skewed to the downside due to Brexit uncertainty and thus in light of the improvement in the UK fundamentals, thanks to a fast vaccination program and a plan for unwinding lockdown measures, even a modest net long in the currency would appear excessive. That being said, while the Euro has enjoyed a corrective move higher, I still favour an extended pullback in EUR/GBP. 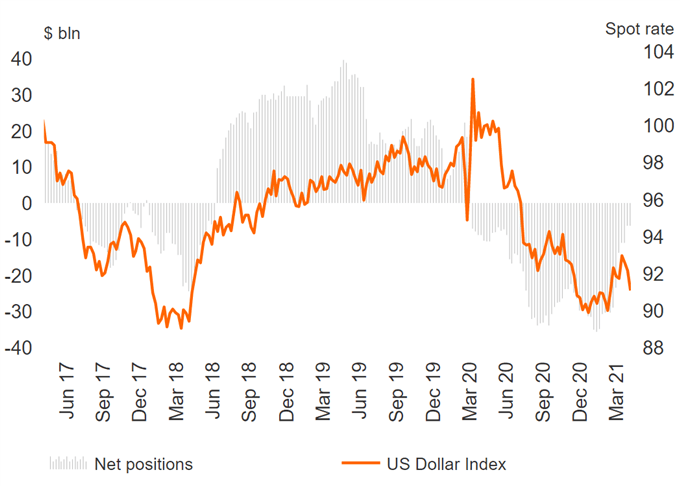 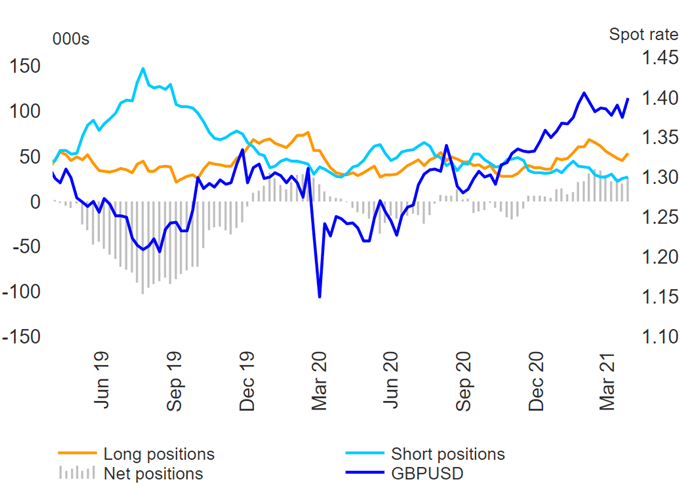 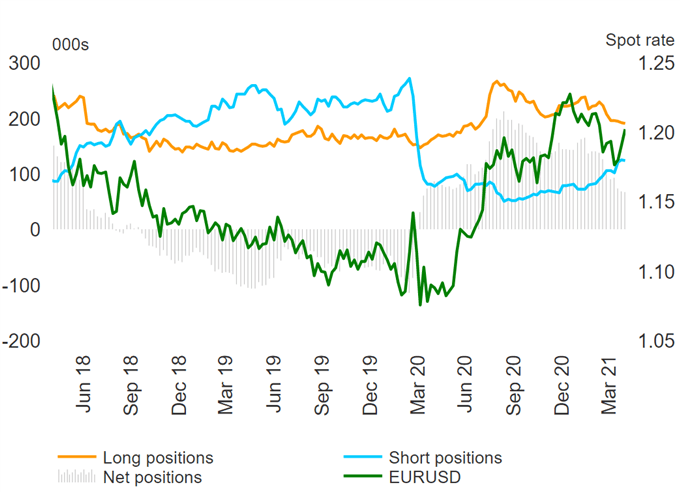