OPEC raised its forecast for global oil demand growth this year to 5.95 million bpd in its monthly report released on Tuesday, saying that “the recovery is very much leaning towards the second half of 2021”. This marks a 70,000 bpd rise from its prior forecast. The oil cartel’s recent decision to gradually unwind production cuts to meet rising energy needs, alongside a brighter demand outlook, boosted investor confidence. The WTI is trading at US$ 60.58 mark, the highest level seen in more than one week.

US CPI – March 2021, Not Seasonally Adjusted 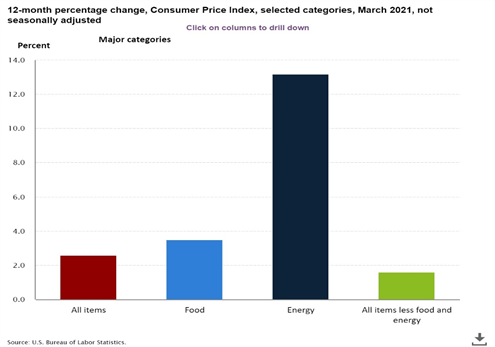 While recent economic data pointed to a strong economic rebound in US and China, uneven distribution of Covid vaccines around the globe and another viral wave hitting India – the world’s third largest importer for crude oil – cast a shadow on the demand outlook. The pause in the rollout of Johnson & Johnson’s vaccine in Europe may hinder the inoculation campaign in the region.

Looking ahead, the Energy Information Administration (EIA) will report weekly inventories data later today. Markets anticipate a 2.7-million-barrel draw in America’s stockpiles, marking a third consecutive weekly decline. A larger-than-expected fall may serve to underpin crude oil prices, whereas a smaller draw or rise would likely do the reverse (chart below). Thursday’s US retail sales and Friday’s Chinese Q1 GDP data will be closely eyed by traders too. 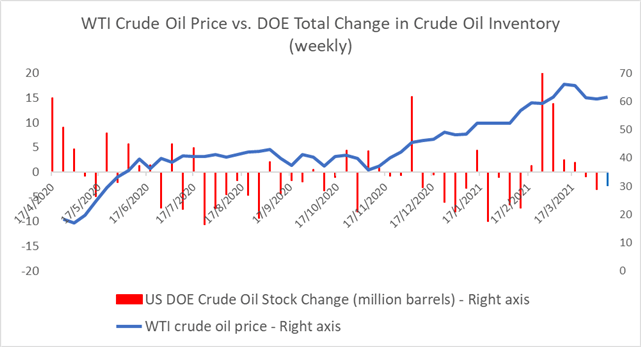 The 20-, 50- and 100-day SMA lines are about to form a “Golden Cross” on the 4 hour chart, hinting at further price gains. The MACD indicator breached above the neutral midpoint and trended higher, suggesting that bullish momentum is building. 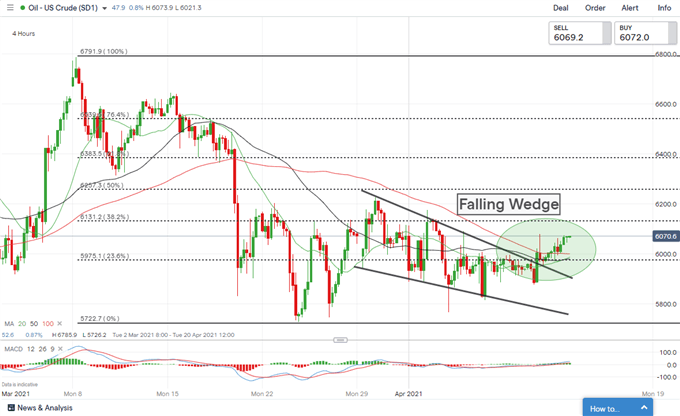