In the latest CFTC data to March 30th, investors have continued to pile into the US Dollar as net shorts were cut by an additional $2.6bln, taking overall short USD positions to its lowest level in a year. The changes in positioning were predominantly against the Euro, which saw outflows of $2.87bln. As I have mentioned previously, the theme of US exceptionalism is picking up and is among the focal points for my top Q2 FX trade idea. That said, with strong US data ahead, this is likely to keep the greenback underpinned, particularly against the Euro, which has continued to struggle from its slow vaccine rollout.

Another currency that has garnered attention is the Japanese Yen, which saw a more modest increase in net shorts, up $670mln with real money accounts the main reasoning behind the rise. Subsequently, investors now hold the largest net short in JPY since May 2019. Aside from looking technically stretched on the topside, there is very little going for the Japanese Yen on the fundamental side with indices pushing to record highs in the US and Europe (JPY negative) and US economic data also surpassing expectations. In turn, while rising US yields may have calmed down slightly as of late, a robust economic rebound continues to point to higher yields, which has been the main driving force behind the move in USDJPY.

The Pound saw a pick-up in net longs once more after a $270mln increase, while adjusted for open interest, the currency remains the largest long at 17.9% and as I have said previously, this makes GBP vulnerable to oversized pullbacks. That being said, outsized moves on the upside in EUR/GBP is likely to be the preferred avenue to fade GBP weakness.

Across the commodity currencies, the AUD sentiment improved as net longs grew by $480mln, while NZD and CAD were relatively unchanged. Going back to the Aussie, positioning is beginning to look slightly stretched with a z-score of 1.91, potentially paving the way for relative NZD outperformance in the short term. 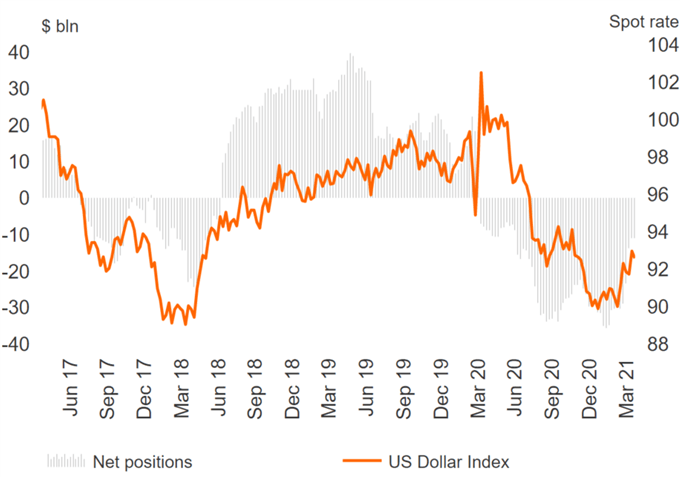 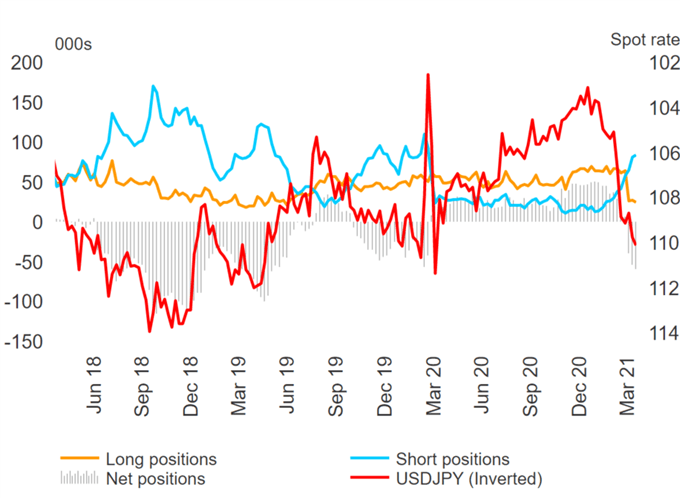 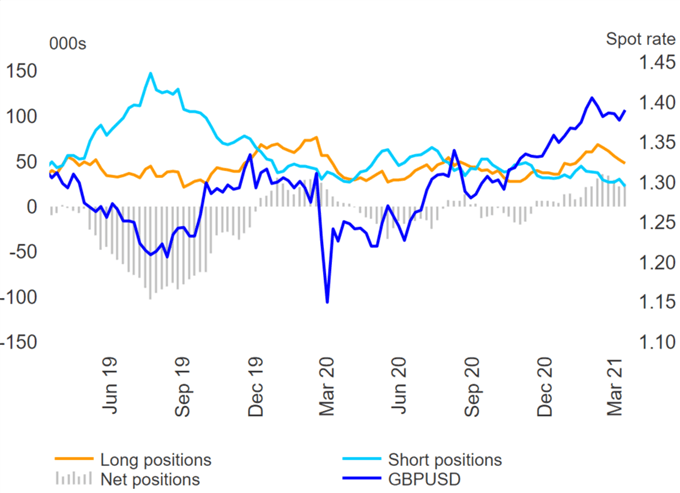 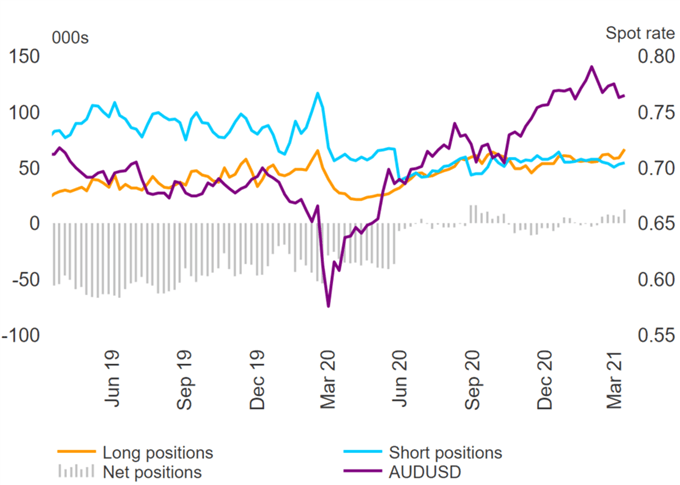