The GameStop craze that attracted the attention of millions just a few weeks ago came back into the limelight as House members held a hearing on Thursday to look into the events that unfolded. Robinhood CEO Vlad Tenev, Melvin Capital CEO Gabe Plotkin, Reddit CEO and co-founder Steve Huffman, Citadel Securities CEO Ken Griffin and Keith Gill, known more famously as “Roaring Kitty,” testified in front of the House Financial Services Committee.

In January, a massive short squeeze rocketed the value of GameStop’s shares from roughly $20 to a high of $483. Since then, the shares have fallen roughly 90%. The squeeze crushed Melvin Capital, a hedge fund who had shorted the stock heavily, meaning the firm was betting on GameStop’s share value to decrease. The parabolic rise in GameStop shares caused Melvin to incur billions in losses, while also forcing brokers to restrict trading of numerous securities on their platforms. 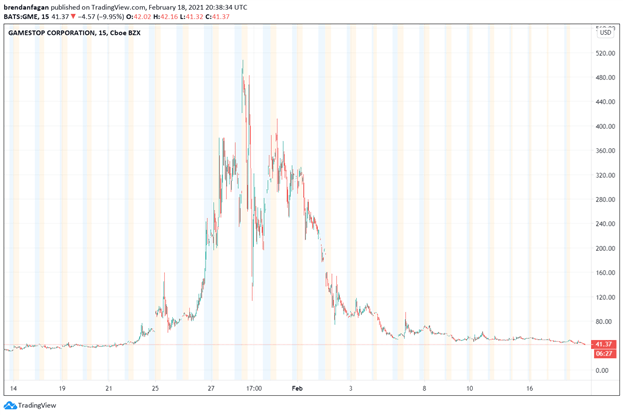 While GameStop stole the show with its parabolic rise, other equities such as AMC, BlackBerry, and Nokia came under pressure from retail traders who pushed stock prices to lofty levels. While this small group of select equities skyrocketed, broader markets turned choppy as many institutional and individual investors watched the situation unfold from the sidelines.

Markets have remained subdued since the smoke settled surrounding these equities, with major US indices hovering near all-time highs. At the height of the squeeze, the S&P 500 traded as low as 3,693. The Index has since rebounded to the 3,900 level as the reflation trade once again returns to the forefront. 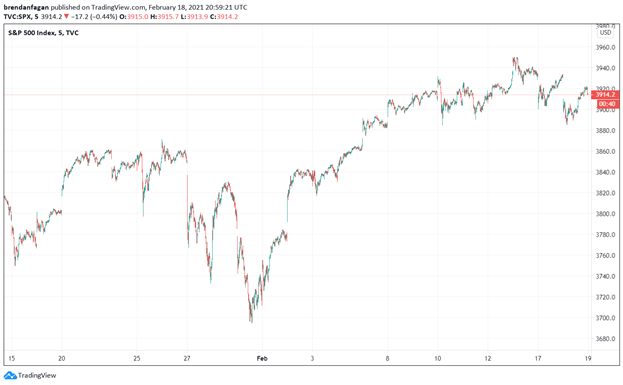 Much of the focus of Thursday’s testimony was on Robinhood’s decision to restrict trading of risky equities, the involvement of Citadel with payment for order flow, and finally the role Melvin Capital played by taking such a large short position. Representatives on both sides of the aisle expressed outrage on behalf of “Main Street,” echoing the sentiment felt by many that there is one set of rules for Wall Street and another for retail traders.

Robinhood CEO Vlad Tenev struck an apologetic tone, saying “I’m not going to say that Robinhood did everything perfect.” Tenev was accused of being reckless with customer funds, and was scolded by multiple Representatives about delisting securities from the Robinhood platform during the squeeze. Tenev disputed that the decision to delist securities was done to protect hedge funds, something that was also echoed by Citadel CEO Ken Griffin later on.

Also testifying was reddit user Keith Gill, also known as “Roaring Kitty.” Gill, who notoriously advertised the potential squeeze in GameStop on a Reddit forum known as WallStreetBets, claimed that he is just an individual who talks about his personal investments, and doesn’t offer or make suggestions for investments. Gill’s goal by posting on Reddit was to make trading more understandable to the average person, not to manipulate markets. Gill argued that it is “scary how little we know about markets,” a concept that was echoed by Representatives as they grilled the Wall Street CEOs.