Fed Chair Powell speaks on the state of the economy, USD rises slightly

Federal Reserve Chair Jerome Powell painted a bleak picture for US employment during a speech given on Wednesday. In his speech, Powell outlined his commitment to remaining patiently accommodative given the weakness shown in employment data recently. “Fully realizing the benefits of a strong labor market will take continued support from both near-term policy and longer-run investments…” said Powell.

Powell continued to state that the reported unemployment number “dramatically understated” the damage done to the domestic labor market over the last twelve months. “Despite the surprising speed of recovery early on, we are still very far from a strong labor market whose benefits are broadly shared,” said Powell. While Powell remained confident that the Fed’s approach will produce satisfactory outcomes, he remained adamant that monetary policy alone will not solve our economic problems.

Powell’s cautious outlook is echoed by the fact that nearly 10 million Americans are still without work. However, Chair Powell highlighted the combination of mass vaccinations and programs such as the Paycheck Protection Program as green shoots for a recovery in retail employment. Powell also reiterated his commitment to keeping short-term interest rates near zero, while maintaining the current pace of asset purchases at $120 billion per month.

January’s FOMC meeting saw little change in the Fed’s policy stance. Statements from the meeting did note that the economic recovery had moderated in recent months. However, new virus cases have continued to decline since the last time the FOMC met. The vaccine rollout continues across the country, offering a light at the end of the tunnel. 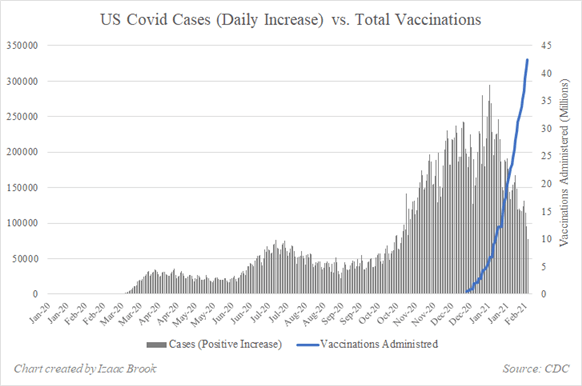 US yields and economic expectations have reacted strongly to the impending stimulus package. Yields on the 10yr Treasury rose as high as 2% in early February, hitting their highest levels since March 2020. Relatedly, 10yr inflation breakevens have risen to their highest levels since 2014, reflecting increasing expectations of higher inflation. Inflation has become a major theme amongst market commentators and politicians. 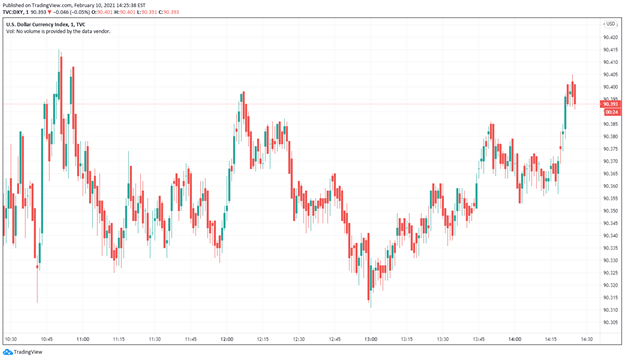 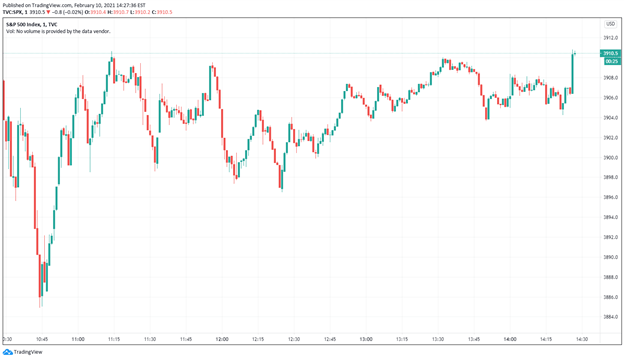