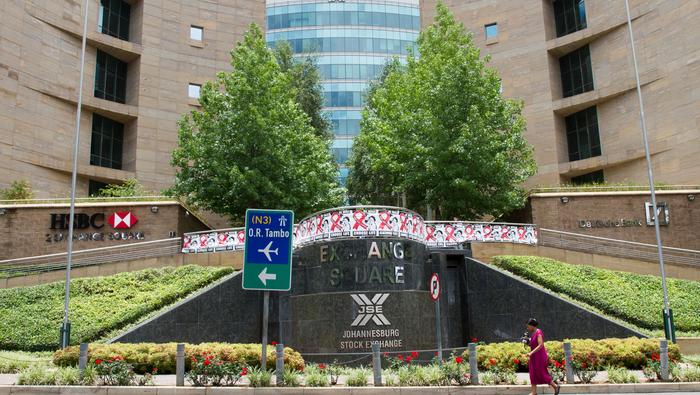 South Africa continues to come under scrutiny as high levels of corruption, lack of accountability and mismanagement of funds have left the emerging market in an already dire state. Preceding the Coronavirus pandemic, the country was already sitting with high levels of unemployment which has now been exacerbated by stringent lockdown measures that have crippled a large number of industries, resulting in further pressure on the government to reduce the budget deficit and reduce the rate of debt accumulation.

With the US Dollar facing its own challenges, USD/ZAR continues to trade within a zone of confluency between the key Fibonacci Retracement levels, providing support and resistance for the currency pair. The declining trendline continues to provide a wall of resistance at the psychological level of 15.35 with the Moving Average Convergence/Divergence (MACD) remains above the zero line while rests at the 50 Day Moving Average at the psychological level of 15.00. 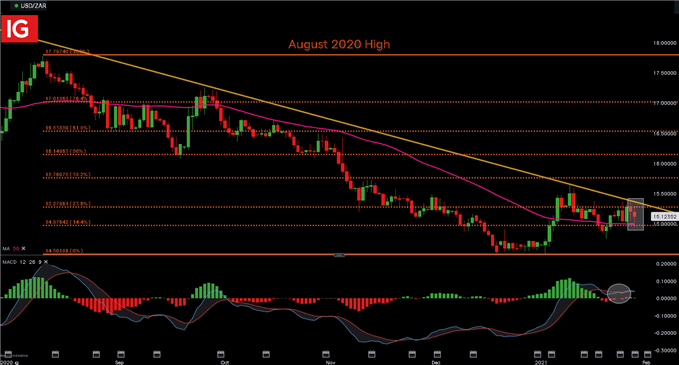 For now, the 14.4% Fibonacci Retracement level provides support at the psychological level of 15.00. A break below this level may see a retest of January lows at 14.50. But, if buying pressure is strong enough to surpass current resistance of 15.297, the 23.6% retracement level, then bulls may drive price action toward the next level of resistance at 15.50

To learn more about how rounded whole levels can function as support/resistance, check out DailyFX Education

GBP/ZAR continues to bounce between the 50 and 61.8% Fibonacci retracement level. Failure to break below the 50-Day Moving Average resulted in an influx of buyers, pushing prices back towards the psychological level of 21.00. Meanwhile, price action remains in favor of the bulls, with the trendline and MACD indicating that the uptrend remains, at least for now.

Recommended by Tammy Da Costa
Forex for Beginners
Get My Guide 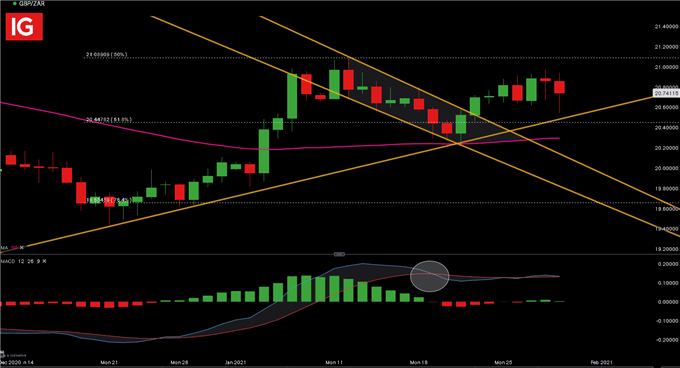