Key Risks for February: Bank of England and RBNZ Decisions in Focus

The Bank of England is expected to maintain its current monetary policy, the accompanying statement is likely to emphasise short term downside risks to reflect the recent surge in virus cases and subsequent national lockdown. However, as has been the case with the majority of central banks, I expect the BoE to remain optimistic on the economic outlook for H2 21, particularly with the UK enjoying a rather successful vaccine rollout plan.

The Bank of England: A Forex Trader’s Guide

That said, perhaps the most attention will be placed on the BoE results from the consultation it launched with banks back in October regarding negative rates. As such, there is a chance that the BoE could publish a broader review, which may well find that negative interest rates are operationally viable. However, this does not mean that the BoE will necessarily go down this root. For now, adjusting asset purchases remains the central bank’s main reaction function. It is worth mentioning that external members such as Tenreyro have been more open to negative rates while internal members including the Governor have been less urgent (A list of key BoE commentary is shown below). 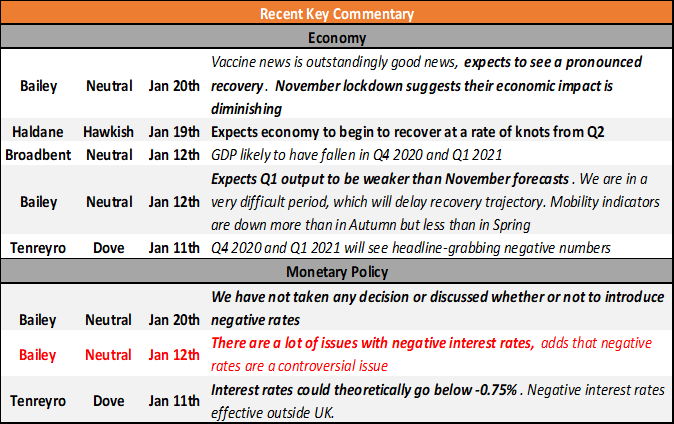 The recent run of stronger than expected economic data and in particular, the quarterly inflation figures (RBNZ’s Sectoral Factor Inflation at 1.8%), have seen local banks back away from calling for additional RBNZ rate cuts. Another factor has been the rampant housing market, which has arguably caught the central bank by surprise and in turn has seen the Former RBNZ Chief Economist forecast a tapering of QE this year. As such, given that the RBNZ has a proclivity to surprise, AUD/NZD remains tilted to the downside. 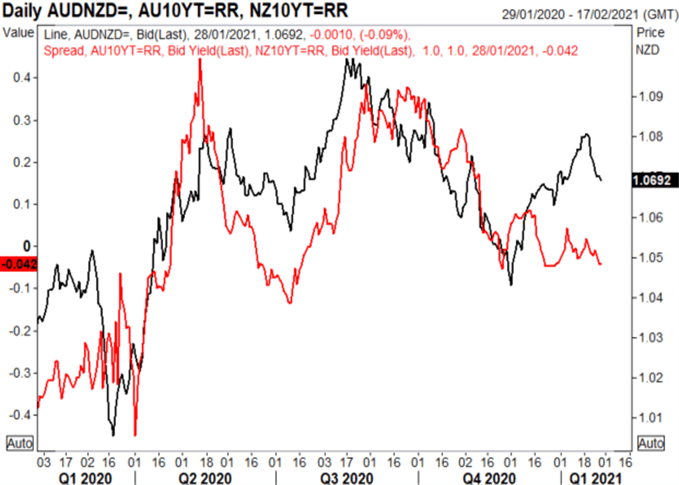 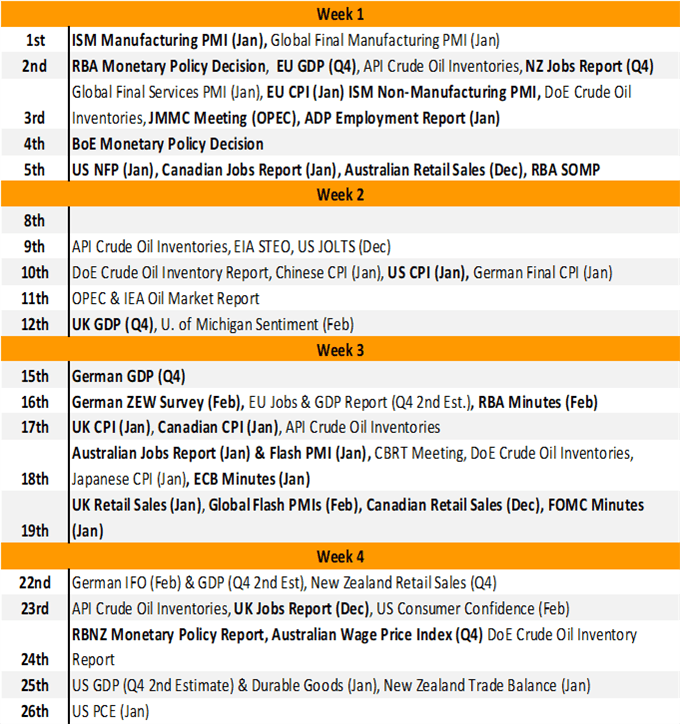